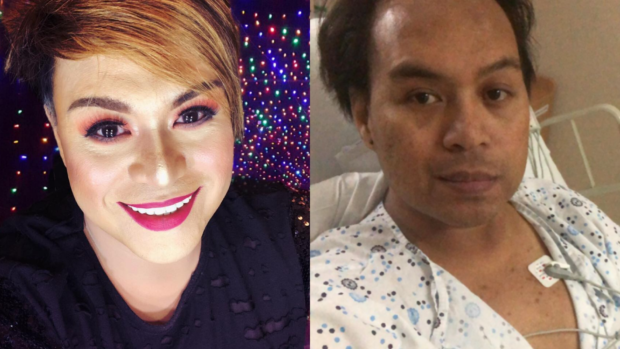 Actor Joey Paras is appealing to his loved ones and followers for financial aid to help fund a heart operation he has to undergo.

“Knocking on your door! Please help me,” Paras said on his Instagram page last Sunday, June 7, alongside an infographic detailing his request.

The actor is set to undergo a heart procedure called angioplasty and is asking for help to raise P750,000 for the expenses. Angioplasty is a treatment that “uses stents to improve blood flow to the heart by opening a narrowed or blocked coronary artery,” according to the Heart Foundation in New Zealand.

Those interested in extending financial aid can send their donations to his crowdfunding page or to the following bank accounts:

Paras is currently confined at St. Luke’s Medical Center due to issues with his heart. Prior to his appeal for donations, the actor was tested for the coronavirus last month. However, he later revealed that he tested negative for the virus.

“Para akong nanalo ng (It feels like I won an) AWARD!!!” he said in a previous post. “Now, this makes me HAPPY!”

Paras then pointed out that he is now facing edema and heart failure. The actor first underwent heart surgery in 2016 and had to go through another procedure in 2018.

The actor is well known for being a mainstay on the GMA noontime show “Sunday PinaSaya,” which was hosted by Ai-Ai delas Alas, Marian Rivera, Wally Bayola and Jose Manalo. The program premiered in 2015 and ended in 2019. He also starred in the 2009 drama film “Last Supper No. 3” and the 2013 comedy “Bekikang: Ang Nanay Kong Beki.”  /ra

Man, 70, accidentally circumcised, given over P1.2M as compensation