‘Aunjanue (Ellis) is acting for the gawds!’ 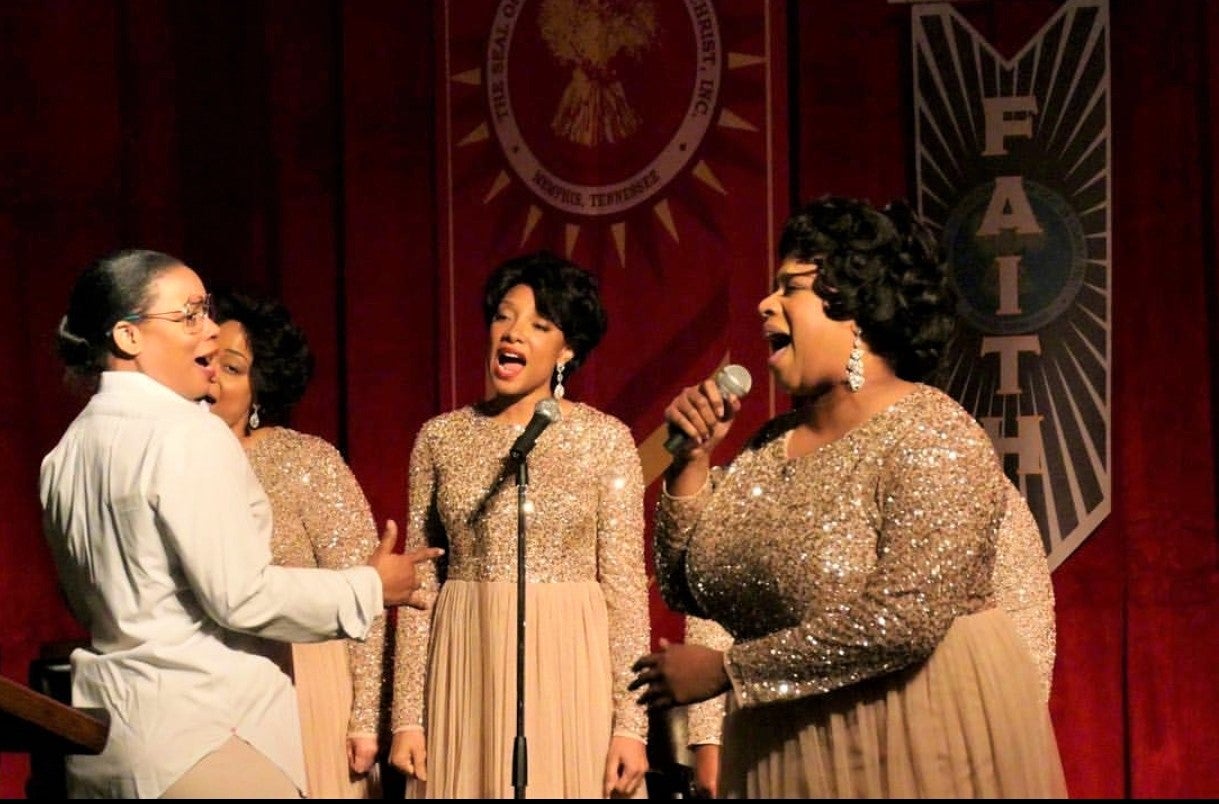 Scene from the miniseries —PHOTOS COURTESY OF LIFETIME

LOS ANGELES—You may have seen Aunjanue Ellis as a housemaid in “The Help,” a librarian who is a good woman in Carl Brashear’s (Cuba Gooding Jr.) life in “Men of Honor” or a bitter backup singer in “Ray.”

Aunjanue (pronounced as in “ingenue”) is excellent in all these “character parts.” But in Lifetime’s miniseries, “The Clark Sisters: First Ladies of Gospel,” she truly stands out. Playing Mattie Moss Clark, the gospel choir director and mother of the legendary gospel vocal group, Aunjanue has been earning raves from both critics and viewers.

“Aunjanue is acting for the gawds!” gushed one Twitter fan of the actress after watching her in the miniseries.

When I shared this comment with her, Aunjanue was visibly thrilled in our video call. She beamed as she paused. “First of all, I apologize for that squeal,” Aunjanue said. “I think that’s why I don’t read reviews. I know this might sound really self-serving.”

Born in San Francisco, Aunjanue went to Tugaloo College, then moved to Brown University, where she earned her BA in African-American Studies. Then, she attended the graduate acting program of New York University’s Tisch School of the Arts.From her professional stage acting debut opposite Patrick Stewart in “The Tempest” on Broadway, it has been a steady series of roles in theater, TV and film for the actress.

Aunjanue said she was calling from LA. “I live in Mississippi, but I was working out in California,” she explained. “So I’m stuck out here (because of the pandemic). I’m in the hills of Los Angeles at the moment.” 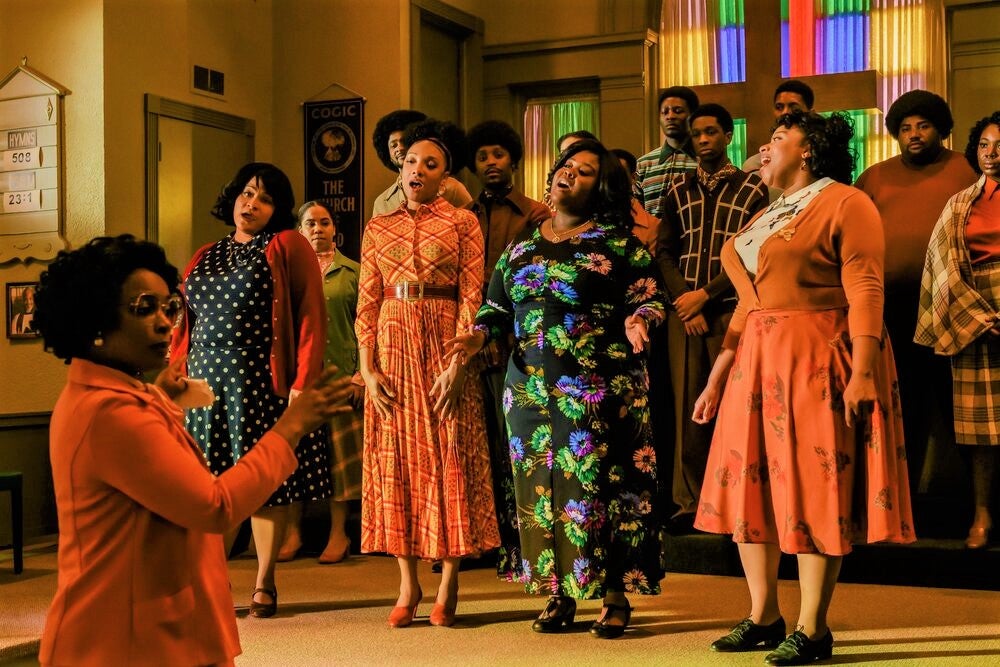 You are this quintessential actress who should be a star. Talk about your career, and how timing or race had something to do with it.

I’m reading this interesting book called “In the Wake” by Christina Sharpe. She’s this incredible intellectual who teaches at York University in Canada. She talks about how race and antiblackness is like the weather in the sense that we are constantly seeing this violence against black folks as these ruptures, as disruptors of how life should be if you’re black and living in America or anywhere in the world.

Race looms into everything. Unfortunately, we still deal with a lot of myopia in the industry I’m in. My contemporaries who are wonderful but who are white have a whole lot more opportunities than I do and will ever have. That’s just the truth. But what I have been able to carve out of in my professional life is I have gravitated towards these roles because those were all I got.

I would have liked to have larger roles in movies, but somehow, I was always the character actor. But I love doing that stuff. I’m always playing crazy wild women, and that’s fun to me. Whereas a lot of times, when you’re playing the love interest, it’s dull. It’s not as fun. 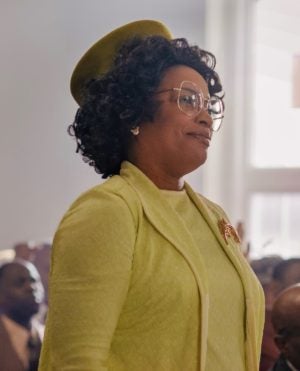 What was your childhood like, growing up in the South?

We did this Ancestry.com (a genealogy company) thing a couple of years ago for the series that I was in, “The Book of Negroes.” It traced my roots to West Africa. My family is interesting, like a lot of families. But our stories are not necessarily in books. It comes from oral history.My grandfather opened his church to Freedom Riders in the early ’60s. As a result … his church was bombed. He was actually arrested for the bombing of his own church. He went to jail in the middle of the night in his pajamas. Some calls were made to people in Washington, and he was able to come home.

The deacons of our church stood outside of my grandmother’s house, the one that I still live in right now, and with guns to protect my grandmother. The bravery and brazenness of my grandfather and grandmother haunt me, when you have that in your background.I have to live up to that legacy. That has always stayed with me.

I’ve been in movies like “The Birth of a Nation.” I was in Ava DuVernay’s “When They See Us.” For her, that series was consistent with who she is, which is a social justice warrior. That’s my legacy and that’s the space that I’m living in now.

How did working on “The Clark Sisters” make you appreciate even more the music of this gospel group?

After I did the movie, I didn’t listen to The Clark Sisters for about a year. We finished in February on my birthday. From February of 2019 until I’d say two days before the movie came out on television, I didn’t listen to them. It was painful in a way.The reason behind that is because I have so much respect for them. I was afraid we had failed them, so I couldn’t listen to them, but they do that for me. They speak to me in a way. They speak to this particular alienation of being a black woman in America. In their songs, they express existential concerns in a way that no other artist does.

The only other artist that really goes in those places is someone like Nina Simone. So, when you are a weird kid like me and you hear someone speaking about feeling alone and questioning your very existence, especially being an artist—am I doing these things for the right reasons?

On top of all of that, with their vocal abilities, they disrupt your soul. They trouble the water in a way that Aretha Franklin and Shirley Caesar do. Like so many other people who do in the tradition of black gospel music, but they do that in a way that is unparalleled.

You were quoted as saying that you enjoy playing “difficult women.” Are you a difficult woman in real life?

Why yes, I am (laughs). Any woman worth her salt is a difficult woman. We have to question what difficult means. Because if you are male and you’re difficult, you are someone who is a maker, and someone accomplished and successful. No one attributes being “difficult” to men like that. 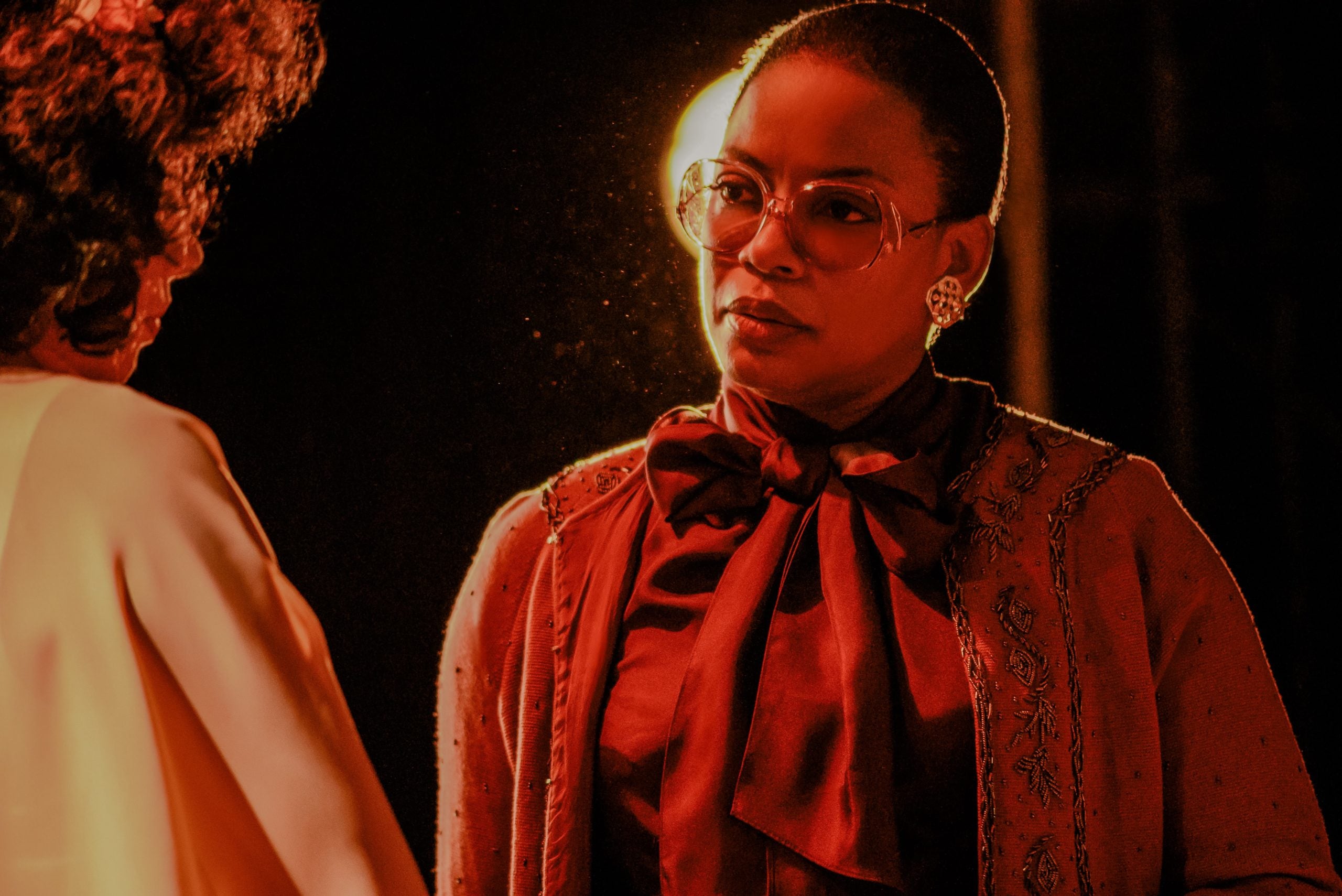 Ellis in “The Clark Sisters: First Ladies of Gospel”

What’s the story behind your unique name? And do people constantly mispronounce your name?

My mother was in San Francisco, where I was born. She was around a whole lot of other bohemian women. I heard it was a name of a magazine or something like that, so she named me that.

It gets mispronounced all the time. But I’m thankful. My mother made me strange at birth. It gave me something to live up to.

What do you consider are the highlights of your career so far?

I’ve been in good company. For me, the highlight has been when I felt like I deserved to be in that company. I did Barry Jenkins’ “If Beale Street Could Talk” a couple of years ago with Regina King, Colman Domingo and these other wonderful actors.

That was one of the times when I felt as a performer that I earned my space. I am so grateful for every role that I’ve gotten because God knows I’ve paid my rent, have paid other peoples’ rents with the work that I’ve done.

Every actor will say this, when you get an opportunity to be fully within yourself, all those things that you pull on from to play a character, I got to do that in that role (in “If Beale Street…”). That was one of my favorite things that I’ve ever done. Another one of those crazy, difficult women that I play but, yeah, that was definitely a highlight for me.