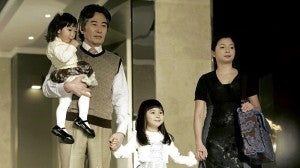 BAEK Yoon-sik and Maui Taylor in “Taste of Money” photo:FILMPASAL

Despite Ara Mina’s troubles on the domestic front, she took the time to thank me for coming to her defense on my Monday column.

Had she heard from half-sister Cristine Reyes after she slapped her with a libel and grave coercion case?

How does their mom feel about their sibling squabble?

What would it take for Ara to forgive her younger sister? 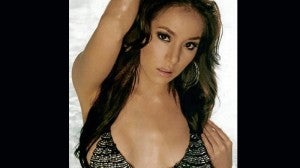 Ara has reached her saturation point. Even as a sister, she can take only so much. Apparently, respect is not in Christine’s vocabulary.

Ara says that Cristine refers to the entertainment press as “cheap reporters.” What could be cheaper than the foul language Cristine seems to be fluent in? It seems to be her second language. Cristine is soaring high on her own hype. One day Cristine’s good looks will fade. But the beauty in Ara’s heart will remain.

Maui Taylor was ecstatic about having appeared in a Korean movie, “The Taste of Money”—a main competition entry at the 2012 Cannes Film Festival. Directed by Im Sang-soo, the movie is a follow-up to “The Housemaid,” which was screened at the 2010 Cinemanila International Film Festival, where Sang-soo bagged the best director award.

Maui portrays the role of Eva, a Filipino nanny hired by the powerful Chaebol family. Many Filipinos in Seoul were hired as bit players in some scenes, as well as some Cebuanos, during the shoot of the movie’s final scenes in Cebu. The cast includes Kim Kang-woo, Kim Hyo-jin, Baek Yoon-sik (the Al Pacino of Korea, according to Maui) and Yoon Yeo-joong. 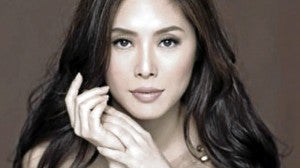 What was it like working with Korean stars? “They are all famous in Korea,” Maui pointed out. “So I was in good company. It was tough because of the language barrier and their strict professionalism. On set we only said hi. There was no time for chismis. We concentrated on our lines. They were always on time. Bawal ma-late. We worked Hollywood style, 10 hours a day only.”

Did the Koreans ask her about P-Noy and Grace Lee? “Nope,” said Maui. “It’s not a big issue for them.”

Taking off from the movie’s catchy title, what was more important to Maui—money or love? “Both are necessary,” she explained. “But love weighs more for me. When I am down, it’s the love of sincere people around me that gets me through. Money is cold and can’t empathize with me when I’m sad. It comes in handy for retail therapy, but that’s about it.”

Maui’s  participation in “The Taste of Money” is one priceless experience for her  that money can’t buy.