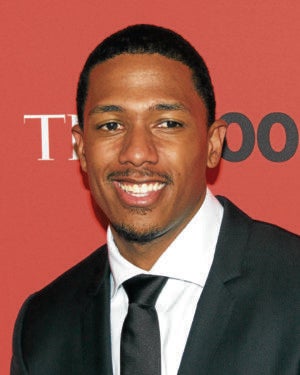 As someone who has been dealing with an autoimmune disease for the past eight years, rapper-comedian Nick Cannon is no stranger to social distancing practices.

“I had stopped shaking hands and stopped touching my face. And I became one of those people who are really cautious of what I put into my body and how I build up my immune system,” he related in a SAG Foundation Conversations interview.

In January 2012, Nick sought treatment for a “mild kidney failure.” The following month, he suffered a pulmonary embolism.

As it turned out, the health issues were caused by lupus nephritis, which causes inflammation of the kidneys.

The 39-year-old comedian has been wary of physical contact since his diagnosis. This, he believes, has inadvertently prepared him for the measures currently being implemented amid the Covid-19 pandemic.

“So, when this [Covid-19]came along, I was one of those people who were a little more prepared than the average person, because of my eating habits and the awareness of how to strengthen the immune system,” pointed out Nick, who was married to pop star Mariah Carey for six years.

“I was like, ‘Hey, welcome to the party, man! I know what it’s like to have to be in the hospital for months,’” he added. “It’s like I have been training for this time for quite a few years.”

Nick recently graduated from Howard University with a degree in criminology. But since mass gatherings are still discouraged, he had to make do with a virtual graduation “It’s bittersweet,” he admitted. “I started at Howard in 2016, and there was always the goal to walk across that stage in 2020.”

Nonetheless, Nick is set on pursuing further studies. “I’m going for my master’s in neuropsychology. Then hopefully, my PhD to follow that,” he added.

ADVERTISEMENT
Read Next
Sarah talks about the positive side of home quarantine
EDITORS' PICK
Metro Manila stays under GCQ until July 31
LIST: Quarantine status of provinces, cities in PH until July 31
Win the Samsung Galaxy S20+ BTS Edition at the Smart K-Quiz Night on July 18
Water remains our saving grace right now
Cebu City status downgraded from ECQ to MECQ until July 31
How Filipinos are embracing digital technology amid the coronavirus pandemic
MOST READ
ABS-CBN to start retrenchment by end of August, as franchise remains elusive
Defensor dares Tañada to public debate on ABS-CBN franchise issue
Metro Manila stays under GCQ until July 31
Escudero tells Duque: ‘Please just do your job without fooling yourself or us’
Don't miss out on the latest news and information.