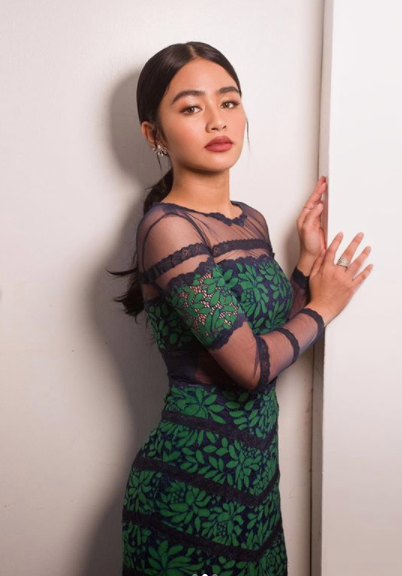 Actress Vivoree Esclito reached a new milestone as she graduated from senior high school under a homeschool program by the Catholic Filipino Academy.

Esclito marked her latest achievement with a heartfelt message alongside moments from her time as a high school student, as seen on her Instagram page yesterday, May 31.

“This journey and I had a love-hate relationship; it was never easy,” she said.

Esclito explained how she had cried while trying to balance her showbiz career and studies, adding that she did not think she would get through her struggles. While her journey to completing her high school education was far from easy, Esclito stressed she would never have accomplished it without help from others.

The actress then noted how her teachers, family and friends were understanding and considerate while she worked to finish school requirements. She also joked that her group of friends would accept her even if she did not graduate.

Esclito later thanked one of her teachers, Hershey Tonato and one “ate (older sister) Sab” for visiting her to “wake [her] back to [her] senses” whenever she starts to lose motivation to study. She also expressed her gratitude for her supervisors at the Civil Service Commission, whom she described as “approachable” and fun to work with.

Along with her friends and family, Esclito added that one of her motivations to finish her studies was her supporters.

The actress also admitted that since finishing senior high school was so difficult, it led her to pray every night in tears. However, after her graduation, Esclito declared that she is finally done with her “[two] years of uncertainty.”

Due to the struggles she faced from balancing her career and studies, Esclito could also not help but cry when her name was called during the online commencement exercise. Aside from completing senior high school, Esclito also graduated with a character award for generosity and an academic award for Philippine politics and governance. JB