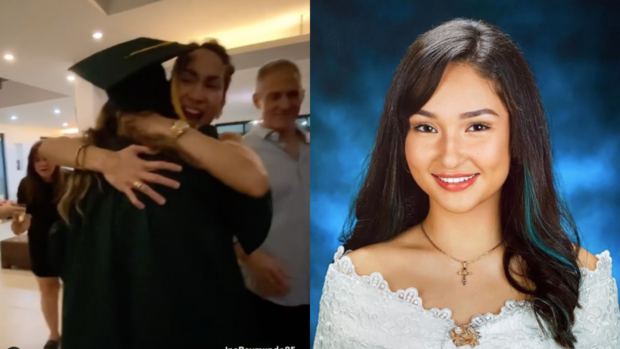 Ina Raymundo was a proud mother as her eldest daughter Erika Poturnak graduated from high school during an online ceremony.

Raymundo could not help but turn emotional over her daughter’s latest achievement, and penned a short yet heartfelt message for Erika. She posted her letter alongside Erika’s graduation photo on her Instagram page last Friday, May 29.

Raymundo said Erika had admitted that it was “surreal” to be graduating over the video conferencing app Zoom. However, Erika still tries to focus on the positive side of the crisis instead of dwelling in the negative aspects brought by the coronavirus.

“Despite everything that is happening, you’re still able to maintain a bright outlook and be a wonderful role model to your little sisters,” Raymundo said while assuring Erika that their whole family will always be proud of her.

Raymundo’s loved ones marked Erika’s achievement with a simple celebration in their home, as seen in a video Raymundo posted.

When Erika’s name and graduation photo appeared on their laptop’s screen, the family cheered and Raymundo gave her a sweet embrace. Erika also wore a green graduation cap and gown while her father Brian Poturnak handed her a rolled-up piece of paper tied with a red ribbon.

While the online ceremony is far from the usual commencement exercises students and families attend, Raymundo was still thrilled during the event.

“BEST GRADUATION. EVER,” the proud mom said in her Instagram Stories yesterday. 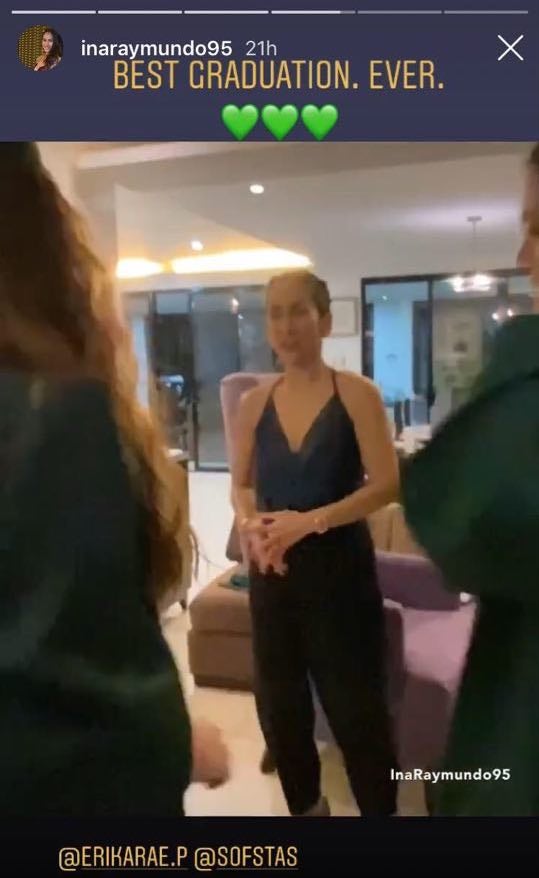 Along with Erika, Raymundo shares four other children with her Ukrainian-Canadian husband Brian. JB