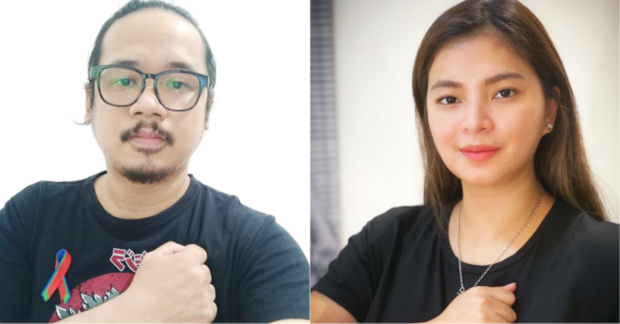 Actor Janus Del Prado has stood up for Angel Locsin, who has earned her share of critics for being outspoken on issues in the country.

(To those who criticize you and want to end you, just do not mind them. The people close to you know you and how we see you is what is important.)

(The trolls and bashers say you are only showing off. But they don’t know that you have helped so many and these instances do not get reported.)

The actor recalled a time that he was hospitalized and she was one of the few who reached out.

(I remember when I got measles way back in 2014, you were the only one from those I know in the industry who offered help and expressed concern. You paid for my hospital bills and insisted on visiting even if it was not allowed because I was quarantined in the hospital.)

“Salamat sa malasakit at sa pagkakaibigan,” he added. (Thank you for caring and for the friendship.)

While Locsin has been active in fundraising efforts during the coronavirus pandemic, she has also spoken against the ABS-CBN shutdown, and has at times responded to detractors.

She jokingly called on the National Bureau of Investigation (NBI) last May 20 on Instagram, after a Twitter user offered a reward to kill her, Kim Chiu and Coco Martin. Another person accused her of supporting the communist group New People’s Army (NPA).

“Sa mga nagsasabing NPA ka, [‘di] lang nila alam ang totoo, na NBA ka (To those who are saying you are NPA, they don’t know the truth, that you are NBA). Turn around fade away dunk!” quipped Del Prado.

The two actors have worked together in projects such as the 2008 fantaserye “Lobo” and in the 2013 hit comedy-drama film “Four Sisters and a Wedding”. JB