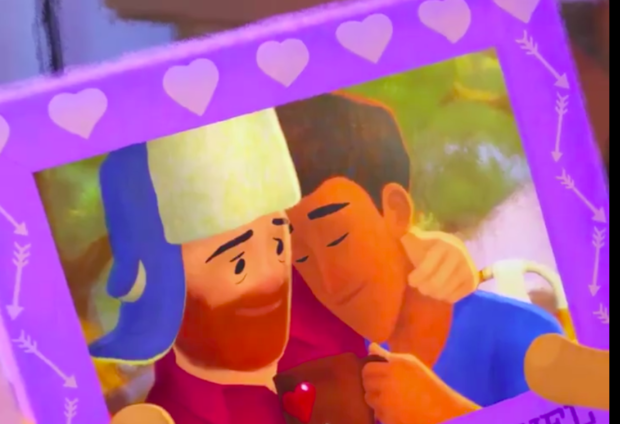 Pixar’s “Out” (Image: screengrab from Twitter/@disneyplus)

“Out” premiered on Disney Plus yesterday, May 22, as announced by the streaming service through its official Twitter account the day before. The short film is the latest installment in Disney Plus’ SparkShorts series.

The film tells the story of Greg, a gay man struggling to come out to his parents. Just after moving in with his boyfriend, Manuel, he gets an unexpected visit from mom and dad.

“Out” was directed and written by Steven Clay Hunter (“Finding Nemo,” “WALL-E”) and produced by Max Sachar (“Coco,” “Toy Story 3”).

For one, Disney box office hit “Avengers: Endgame” featured an LGBTQ character as portrayed by its own director, Joe Russo. Pixar’s “Onward,” meanwhile, also had an attempt in representation through openly gay female character Officer Specter, who mentions having a girlfriend in the film.  /ra

Read Next
Tyler Perry’s studio moves toward reopening while industry waits
EDITORS' PICK
Smart offers wireless fiber-like speeds to Filipino homes with country’s first 5G Prepaid Home WiFi
Pharmally’s Twinkle Dargani in tears when asked about missing documents
Corruption in PH: Where presidential aspirants stand
BIR audits tax compliance of Pharmally
Two more sites at Robinsons Malls for temporary offsite passport services
Holidays made best with Acer’s ‘Holidays at Home’ raffle promo
MOST READ
Roque ‘hurt’ after presidential aspirant did not adopt him in Senate lineup
Gordon to Duterte: ‘How dare you ask for Filipinos’ vote when you failed them?’
Pharmally’s Twinkle Dargani in tears when asked about missing documents
‘Move on, pahinga na:’ Moreno to quit politics if not elected president
Follow @IBiongINQ on Twitter
Don't miss out on the latest news and information.