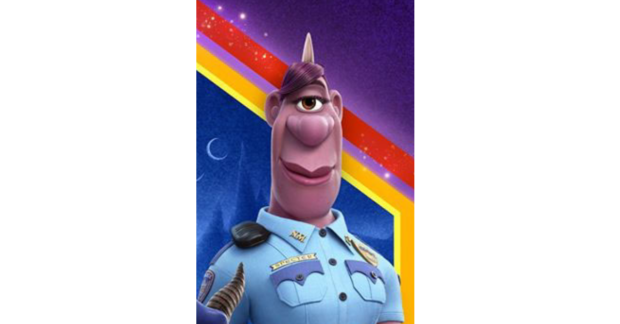 Disney will feature its first animated character who is out about being gay in the Pixar film “Onward.”

The fantasy film about two elf brothers, starring Tom Holland and Chris Pratt, has a lesbian character named Officer Specter. She is voiced by Lena Waithe, herself a lesbian.

Slate confirmed on Friday, Feb. 21, that Officer Specter has a line in which she says, “My girlfriend’s daughter got me pulling my hair out.”

Waithe shared on Instagram a screenshot of an article stating that the film has a lesbian character. Her only statement on the post was a rainbow emoji.

Disney has not commented on the matter. The media company has received pushback on characters announced or thought to be gay, and has similarly been criticized for its lack of LGBTQ+ diversity and representation.

When “Beauty and the Beast” director Bill Condon said in 2017 that the remake would have an “explicitly gay” character, LeFou, Russia and Malaysia sought to ban the film, while Christian groups called for a boycott. LeFou had merely danced with another man in what Condon dubbed an “exclusively gay moment.”

There have been similar moments in Disney films that have been slammed for the minimal representation of the LGBTQ+ community. These include a fleeting kiss between two female members of the Resistance in 2019’s “Star Wars: The Rise of Skywalker.” Meanwhile, Singapore cut the two-second kiss in its screenings.

In “Avengers: Endgame,” also released in 2019, co-director Joe Russo told The Hollywood Reporter, “[I]t was incredibly important to us to have a gay character represented somewhere in one of these four movies.” The said character was in one scene where he talked about going on a date with a man. Niña V. Guno /ra