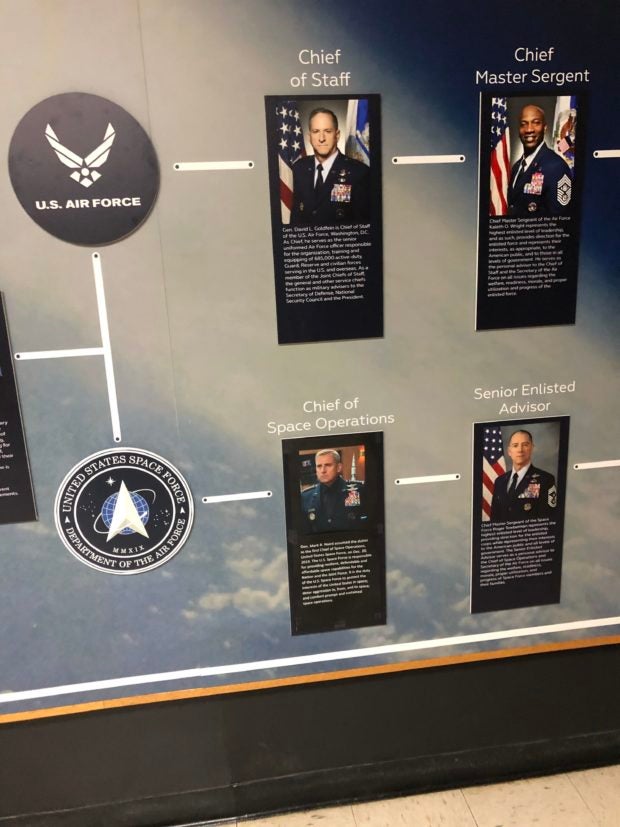 Steve Carell’s photo taped over a picture of a real-life US Space Force officer (Image: Reddit/El-Justiciero)

As Steve Carell’s onscreen debut as a top Space Force officer is just around the corner, someone saw it fit to pay tribute to the actor by “turning” Carell into the real thing (but not really).

Some pranksters taped a picture of Carell donning his “Space Force” uniform over the picture of the real-life Chief of Space Operations Gen. John Raymond in an Ohio museum, a photo that recently surfaced on Reddit showed.

“Seen at the National Museum of the U.S. Air Force this morning,” Redditor El-Justiciero said in the post made last Tuesday, May 19.

Seen at the National Museum of the U.S. Air Force this morning from AirForce

In a comment in a separate Reddit post, El-Justiciero claimed that he is serving the US Air Force and that his colleague who was also stationed at the museum saw and took the photo.

“Honest truth is that both me and the guy who took this picture are on active duty in the Air Force. We work at (but not FOR) the museum. He saw this while there for work and snapped the photo on Monday. No idea how it got there or why,” he noted.

“Knowing the employees there, I wouldn’t be surprised if they didn’t notice this until the next change of command,” the Redditor added in another comment.

It turned out, however, that the employees themselves were responsible for the prank, National Museum of the US Air Force spokesperson Rob Bardua told American military online publication Task and Purpose.

He said it “was an attempt by museum employees at a creative and humorous prank” while the museum updates its exhibits as it remains closed due to the COVID-19 pandemic, according to the report.

Carell is set to star on Netflix original “Space Force,” where he will be playing a four-star general that teams up with an eccentric scientist to handle the titular US agency, Space Force. Ian Biong /ra