Baranski talks about viral Sondheim song with Streep, McDonald they thought would end their careers 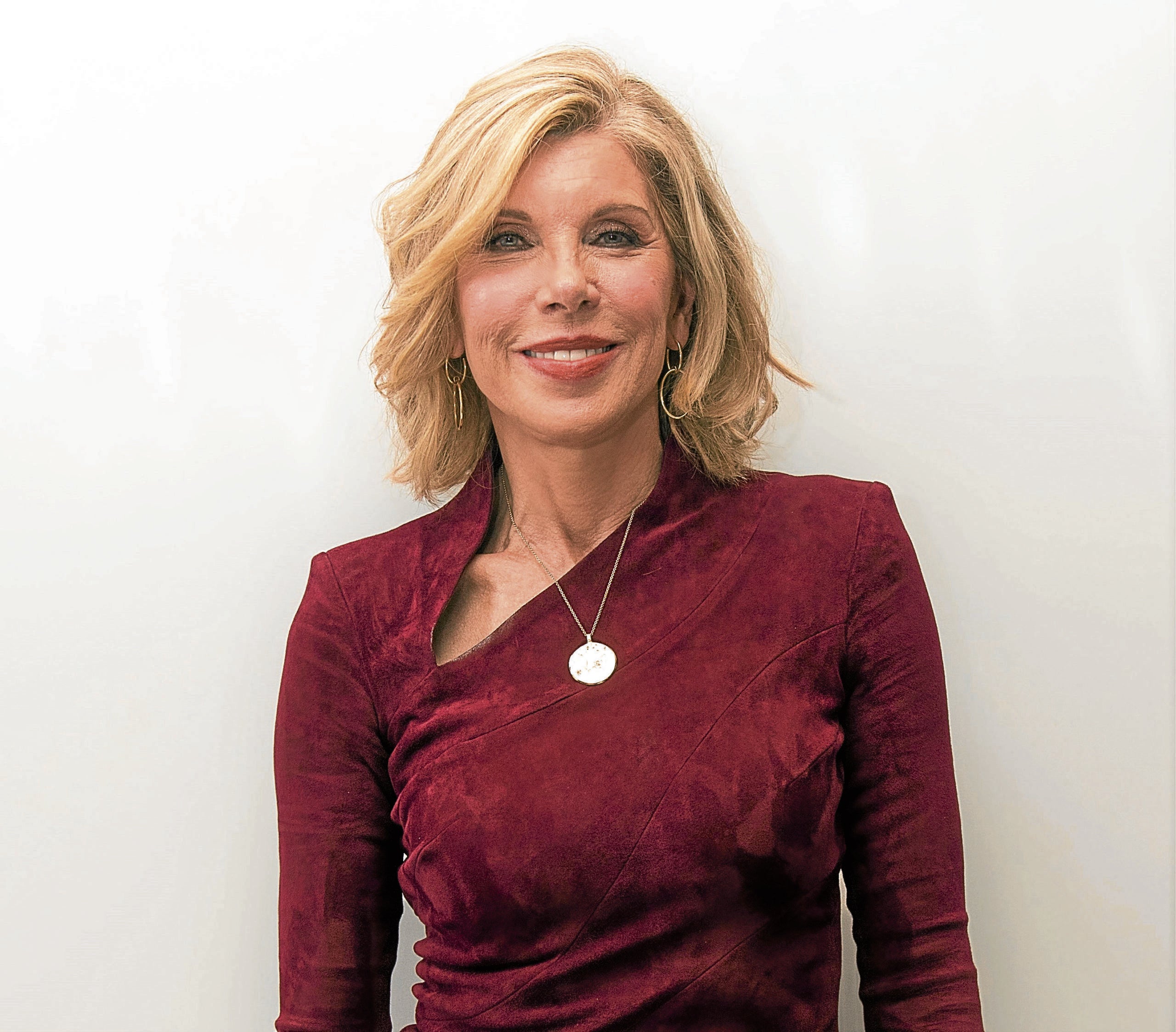 LOS ANGELES—“Let me just start by saying the day after it aired, we had such a sense of relief that it didn’t end our careers,” Christine Baranski said about her “The Ladies Who Lunch” number with Meryl Streep and Audra McDonald in the recent online event, “Take Me To The World: A Sondheim 90th Birthday Celebration.”

Au contraire, the three actresses’ surprise musical tribute to their friend, legendary Broadway composer and lyricist Stephen Sondheim, went viral and was the talk of the town. Watching Christine, Meryl and Audra sing in their bathrobes while chugging booze was a welcome treat and a respite from our pandemic blues.

The fundraiser for ASTEP (Artists Striving to End Poverty) drew raves not only for the three divas’ boozy ode, but also for the performances of the other featured excellent musical theater talents, including our own Lea Salonga (who sang an exquisite “Loving You” from “Passion”), Patti LuPone, Bernadette Peters, Raul Esparza (who was the host), Jake Gyllenhaal and Josh Groban.

“Our fear was that we were going out on a limb by doing that kind of louche version of ‘The Ladies Who Lunch’ in bathrobes,” admitted Christine in our video call. “We weren’t going to do hair and makeup, and we’d look like we were drinking in the middle of the day.”

Christine, who is starring in Season 4 of “The Good Fight” which is earning critical acclaim, shared how the idea for their musical toast to “Steve” began. “The reason that it came about is because Meryl, Audra and I had the pleasure of taking Steve out last year for dinner,” said Christine, one of the mortals privileged enough to call the icon simply as Steve.

“We had a long, wonderful Italian meal in New York. We vowed that we would do it again. So, before Steve’s birthday, I e-mailed and said, ‘We want to do that dinner again with you, but unfortunately, we’re all under quarantine and maybe we can do it via Skype.’

“About a week later, I was asked to do the 90th birthday celebration. I knew Meryl was going to do it. It just popped into my head because I love that song, ‘The Ladies Who Lunch,’ and it is the 50th anniversary of the Broadway opening of ‘Company.’ I thought, if the three of us do this iconic song, it will be like getting together with Steve for drinks.” 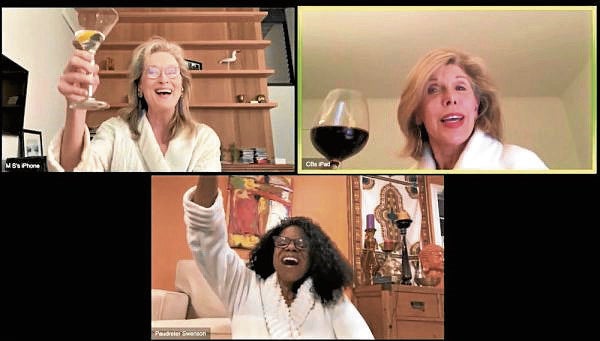 The Emmy and Tony winner continued, “And also, if I start the song, everybody will think, oh yeah Christine is going to sing that song because that’s the kind of character she plays. Then, you cut to Meryl, which would be a complete surprise. We were very careful to keep it a surprise. Then Audra comes in, and the three of us bellow out the last part of the song.

“We thought about baseball hats and sweatpants. We wanted to keep it casual. Then, we decided on bathrobes so that would be very easy. I said, ‘Why don’t we have different cocktails? I’ll have red wine, Meryl can do the martini, and Audra had a tumbler of some wicked thing she was drinking.’

“But we actually were very afraid that we wouldn’t pull it off because we didn’t hear each other singing. We were all singing separately in our various little back offices and such. So the fact that it was as successful… first and foremost, it raised a lot of money (over $400,000) for Artists Striving to End Poverty. It totally delighted Steve and people living in these COVID-19 quarantine times to see three well-known actresses drinking in their bathrobes.”

“I’m in my home,” Christine replied when asked where she was calling from. “My permanent residence is in northwestern Connecticut. Fortunately, it’s large enough to accommodate my son-in-law, daughter and three little grandsons, who are being very quiet while I do this interview.”

On whether she misses the stage, Christine, who has been playing Diana Lockhart in “The Good Wife” and now, the spinoff “The Good Fight” since 2009, answered: “I can’t make any plans. When we went to 10 episodes, I thought that’s a window of opportunity for me to perhaps do a play. But Julian Fellowes wanted me to do a show called ‘The Gilded Age’ for HBO. That’s what I would have been shooting, instead of sitting here in my bedroom talking to you.

“If or when we go back, I might be doing two shows simultaneously. So, it’s even more unlikely that I’ll go back to the theater. But I have to say, I’ve done some wonderful things while I’ve played this character. I’ve done a few major movies, like ‘Into the Woods’ and ‘Mamma Mia!’ I just did a musical (‘Christmas on the Square’) with Dolly Parton that’s going to be a Christmas TV special.

“Yes, I miss the theater desperately. That was my training. My heart goes out to my colleagues whose careers have just been halted horribly.”

On the current season of “The Good Fight,” hailed by the New York Times as “the only TV show that gets life under Trump,” the actress, who plays a Chicago lawyer who hates the current US president commented, “It’s different from the other seasons because for the first time, you see Diane leave her anger about Trump behind. The first episode is about Diane, who’s actually in a coma, having a dream that Hillary Clinton actually won the presidency. 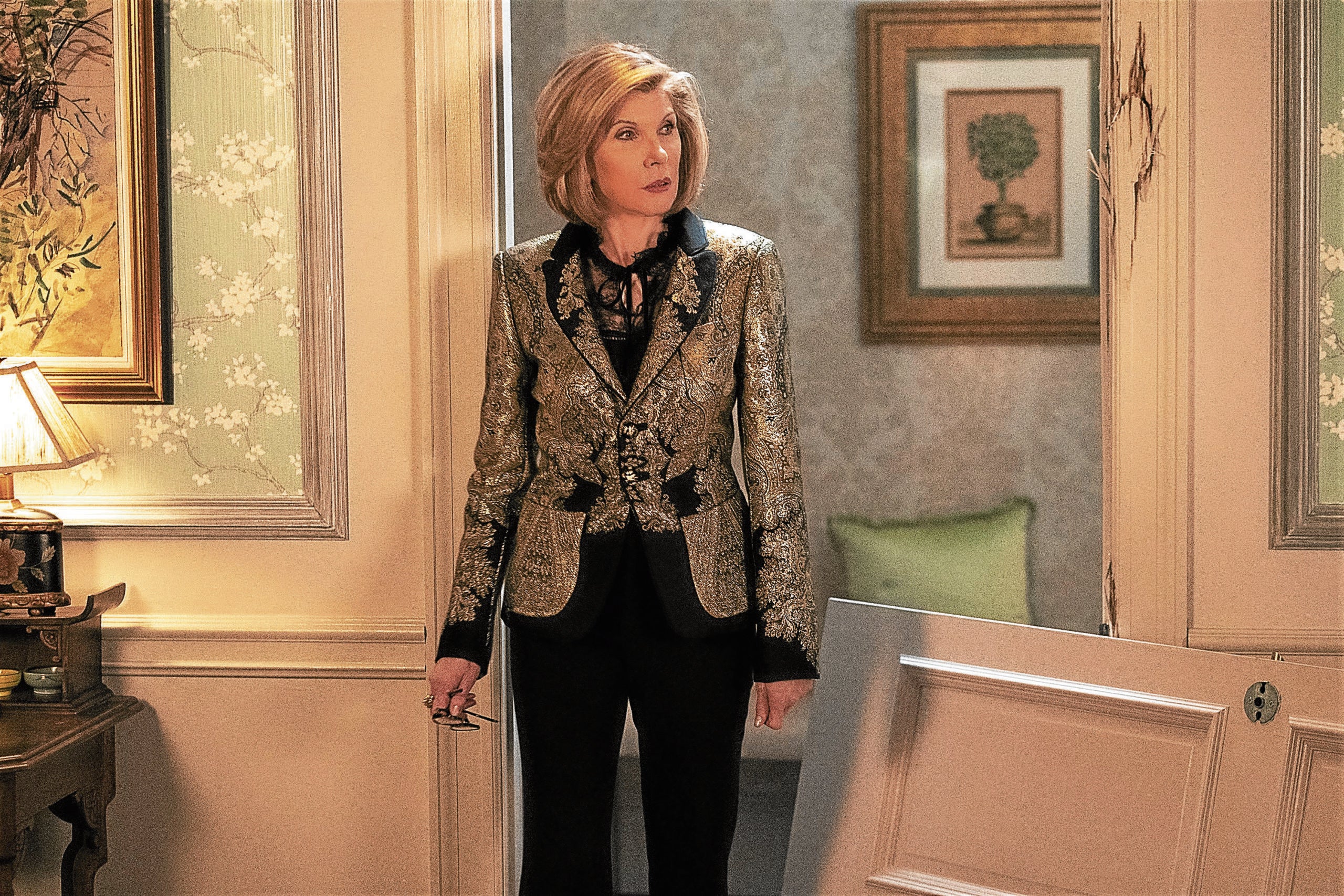 Baranski as the regal, feminist lawyer Diane Lockhart in “The Good Fight” —CBS ALL ACCESS

“That episode is quite brilliant. It’s my favorite episode I’ve shot in 11 years of playing Diane. It was funny, clever, witty and truly thought-provoking. What I love about Season 4 in terms of Diane’s journey is, rather than focus her anger on Trump, she’s given all these pro bono cases by the new head of the law firm.

“The reason it’s such a brilliant season, albeit a shortened one, is it goes after what’s really going on in the country that is truly insidious, which is the corruption of the judicial system itself. Trump showed his hand early on. We’re all exasperated, angry and furious about the Trump presidency.

“But who is empowering and enabling a president to act above the law? It’s uncanny that we finished this season because we shot seven episodes instead of 10. And that was before the Michael Flynn case being dropped. So once again, the Kings (show creators Robert and Michelle King), with their crystal ball, have just looked at what is most troubling in the country.”

At 68, Christine reflected on playing the regal, hard-charging litigator for over a decade now: “I’ve been thinking about this a lot because with the show getting picked up, I’ll be going into my 12th year of playing the same character. I was in my 50s when we started. What’s very important to me as an actress is not to fall into some stereotype of what an older woman is, what her limitations are or how women of a certain age are portrayed onscreen.

“It has given me the greatest pleasure to play a woman of such high intelligence, impeccable professionalism, who is like myself, a liberal, feminist, fighter and someone who uses her anger and intelligence to fight a good fight against all of these things that she has fought over the course of 11 years.

“For the last 11 years, through Diane, I got to vent a lot of my own anger at the world. And because it is written about what’s going on in the present culture, meaning the Trump presidency, I’ve gotten to use all of that as Diane… I don’t want to be anybody’s cranky old grandma (laughs).”