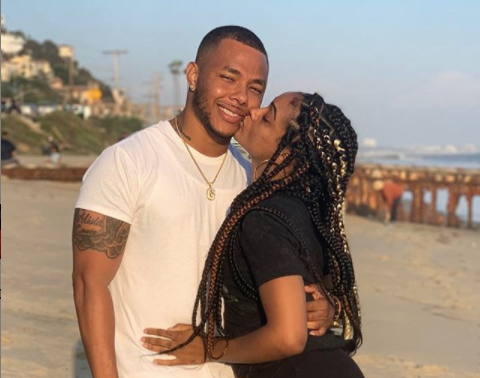 Actor Gregory Tyree Boyce, widely known for playing Tyler Crowley in “Twilight”, was found dead along with his girlfriend inside their condominium in Las Vegas, Nevada, United States. He was 30 years old.

The bodies of Boyce and Natalie Adepoju were found by the actor’s cousin inside the couple’s Las Vegas condominium, as per E! Online yesterday, May 18.

Information on both Boyce’s and Adepoju’s causes of death is yet to be released, as of writing. They were declared dead on May 13.

“Greg’s cousin woke up and noticed that Greg’s car was still at the house. He was worried because Greg was to be in LA [Los Angeles]. His cousin went to check on him and found them,” an unnamed source told the news outlet.

Prior to his death, Boyce was said to have been”really focused and handling a lot of businesses,” according to the report.

The source claimed that Boyce was living in Las Vegas to help his mother and would “commute to LA for acting jobs and to see his daughter,” 10-year-old Alaya.

Fans may remember Boyce’s Crowley as Bella’s (Kristen Stewart) high school friend, who almost crashed into the latter with his van before being stopped by vampire Edward Cullen (Robert Pattinson).

The young actor’s unfortunate passing came just a few months after turning 30, which was last Dec. 5.

He marked the special day by sharing with followers a throwback photo, saying: “At one point I didn’t think I would make it to see 30 years old.”

“Over the years like everyone else I have made mistakes along the way, but today is one of those days I only reflect on the great ones. What a time to be alive. Happy Dirty 30 self! Let’s make the rest of these years your best!!” Boyce added.

In Boyce’s last Instagram post, meanwhile, he honored his girlfriend by greeting her a happy Mother’s Day.

“Happy Mother’s Day again to my right hand/ my roll dog/my Queen! Love you,” he said on May 10. Ian Biong/JB