MANILA, Philippines — Actress Kim Chiu proved to be a good sport and hurdled online criticisms, flak and adversity by turning her viral “Bawal Lumabas” gaffe into a new single.

The actress released the track based on music arranger DJ Squammy’s beat via her Youtube channel on Monday.

Kim’s recent statement on the shutdown of her home network ABS-CBN due to an expired legislative franchise was mocked and ridiculed by netizens.

The actress herself admitted she found her statement confusing –  and even found it funny.

(I honestly found it funny too. I also did not understand what I said.)

Upon the release of her vlog, the actress became the top trending topic on Twitter anew with the hashtag “We Stan Kim Chiu.” 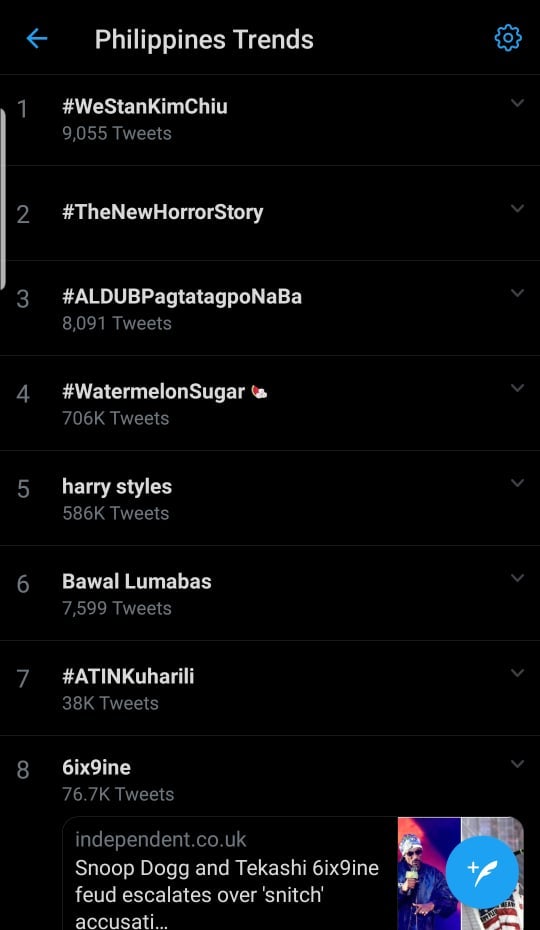 Also featured in her vlog was a “Bawal Lumabas” music video which included clips of the actress at home, during relief operations and even dancers from video-sharing app TikTok.

While she admitted feeling down over the backlash from her statement, Kim said she has chosen not to dwell on it and move forward instead.

(I was really down the past few days… But if you have a problem, you should not dwell on it. We should choose to move forward.)

Kim added she had to take a break from social media and her phone “to keep” her “sanity.”

(Thank you so much, because of you, my name became a trending topic. At least I made you happy.)

Read Next
Glaiza and British bf dedicate original song to front-liners
EDITORS' PICK
Palace: Malls, establishments may require customers to use of face shields
Syringes for Pfizer vaccine arriving on December 2 — NVOC chairperson
Smart offers wireless fiber-like speeds to Filipino homes with country’s first 5G Prepaid Home WiFi
Legarda: Ending Violence Against Women, a cause for all
This new condo in the South will make you want to turn a new leaf
Disease expert: Omicron variant may behave like Delta
MOST READ
Bongbong Marcos to face another disqualification case
Christine Bersola, Julius Babao cleared of cancer after colonoscopy, endoscopy
Former PM Abe says Japan, US could not stand by if China attacked Taiwan
Tropical storm intensifies as it approaches PAR
Follow @KAguilarINQ on Twitter
Don't miss out on the latest news and information.