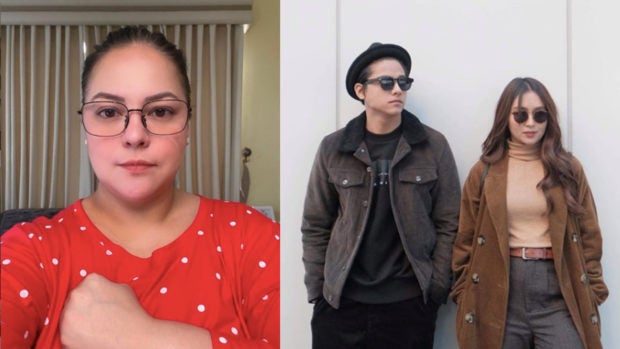 Estrada said the hashtag #WeBlockAsOne campaign is not just for the benefit of these two actors but for everyone who has been “bullied” online, as seen on her Instagram account yesterday, May 15.

Bernardo and Padilla, known for their loveteam KathNiel, previously spoke up about their stance on ABS-CBN’s shutdown during an online protest participated in by their fellow Kapamilya stars. Since then, the two have been subjected to criticism and hateful comments online from bashers.

In response, KathNiel’s fans spearheaded a mass blocking campaign on Twitter to take down trolls and some of the couple’s bashers. The mentioned tag became one of the most trending topics on the site after KathNiel fans rallied behind the couple’s back to defend them from a vlogger, who goes by the name “Banat By.”

Estrada posted a screenshot of a post from KathNiel’s Twitter fan account “KN Social Media Moderators.” The fan page announced that it was on the second wave of its “Report. Block. Mute.” (RBM) party yesterday.

(Let us keep it up, momshies! This is not just for you and me. This is for everyone, whether you are an actor or not. The day will come when negative people will no longer rule social media.)

(There will be no more bullying, no more tainting of someone’s image, and most of all, there will be no more hurting, belittling and cursing from people who you do not even know. The day will come when you open social media and you will no longer feel anxious that your day might be ruined because there is an offensive comment pertaining to you or your opinion.)

Estrada also hoped that the day would come when people respect others’ beliefs. She also extended her appreciation to KathNiel’s fandom and other supporters.

Along with Estrada are several other celebrities who have used the hashtag to fend off trolls in social media, including Frankie Pangilinan, Juan Miguel Severo and Robi Domingo.

Padilla and Bernardo’s fans are also active in helping those affected by the pandemic as they spearhead a COVID-19 fundraiser on behalf of their idols.  /ra