LOS ANGELES—Natasha Gregson Wagner shot a documentary to finally clear up the rumors and innuendos that her stepfather, Robert Wagner, had something to do with the drowning of her mom, Natalie Wood.

In HBO’s “Natalie Wood: What Remains Behind,” Natasha, the daughter of Natalie and Hollywood agent and producer Richard Gregson, interviews Robert about that tragic night in November 1981 aboard the family boat off Catalina Island in California. On board were Robert, Natalie, their friend and fellow actor Christopher Walken, and the yacht captain Dennis Davern.

The next day, Natalie’s body was discovered floating on the Pacific Ocean. No one was charged in the mysterious drowning. But in 2018, the LA County Sheriff’s Department named Robert as “a person of interest.” Earlier, in 2011, the case was reopened when Dennis stepped forward and said that he originally lied to the police. Dennis claimed that Robert was responsible for Natalie’s death. 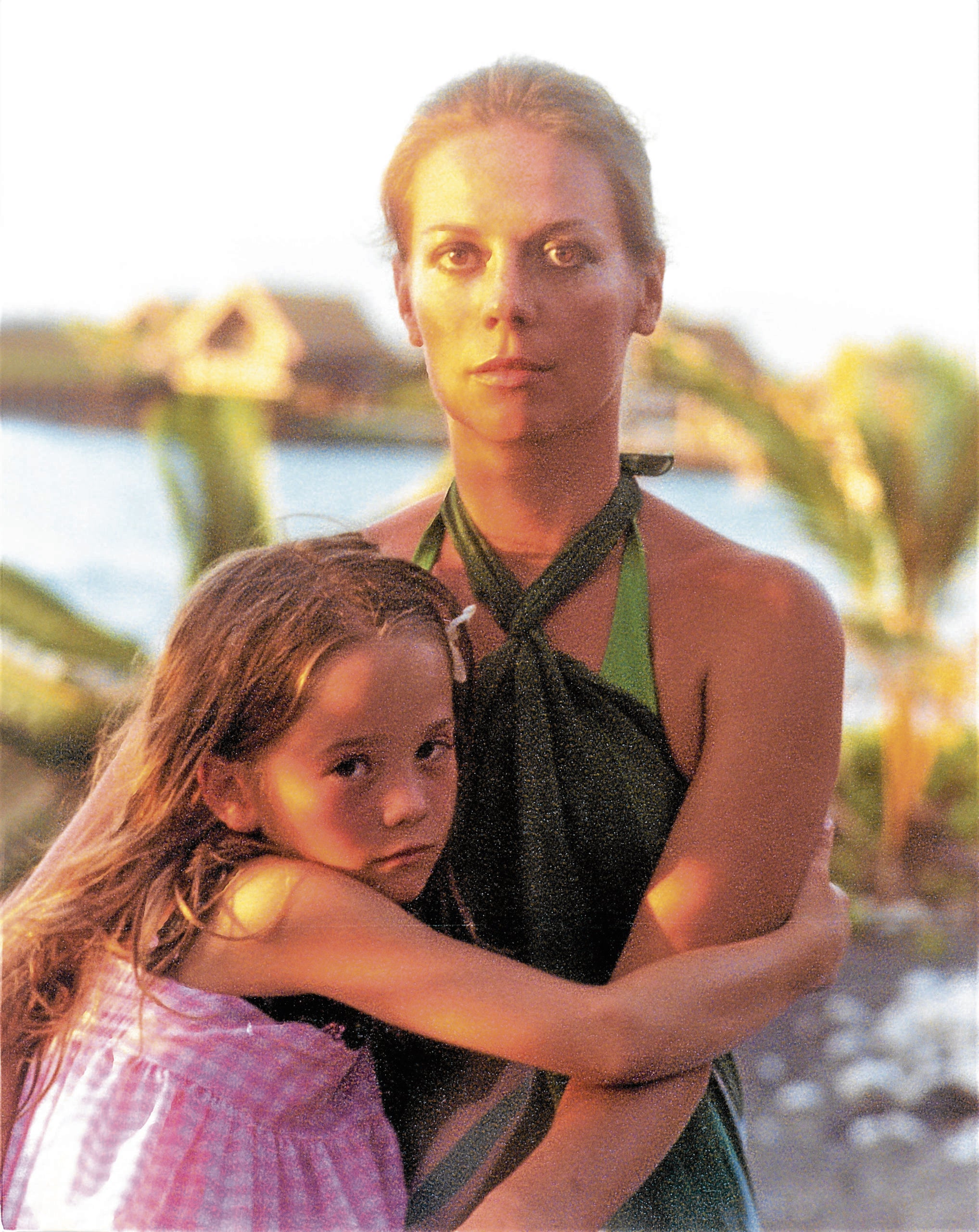 Natasha, who produced the documentary directed by Laurent Bouzereau, is close to Robert. She calls both Robert and Richard “dad” but sometimes, for clarity’s sake, she says “Daddy Wagner” and “Daddy Gregson.” Natalie, who also dated Elvis Presley, Frank Sinatra and Warren Beatty, married Robert in 1957 and divorced him in 1962.

From 1969 to 1972, Natalie was married to Richard. During this marriage, Natasha was born.

Following her divorce from Richard, Natalie and Robert remarried. Their second marriage bore a child, Courtney.

Natasha, 49, is releasing a book, “More Than Love: An Intimate Portrait of My Mother, Natalie Wood,” to coincide with her documentary’s debut on HBO.

In our video interview, she said, “I am in Northern Michigan because we have a 100-year-old log cabin up here. It’s very close to where my father (Robert Wagner) spent his summers as a child. When the virus broke out in March and my daughter couldn’t go to school anymore, we drove here with our three dogs.”

Robert is now 90 while Richard was 89 when he died in August last year.

Was the chance to clear up the rumors and innuendos all these decades one of your motivations to make this documentary?

Yes it was, so much because I have a daughter now who is my mom’s only grandchild. I don’t want the burden of that to rest on my daughter’s shoulders. I would like to clarify all those misconceptions and also to shine a light on her (Natalie’s) amazing life. It’s so overshadowed by the tragedy of the night she died and also for my stepdad (Robert Wagner) who turned 90 this year.

The first scene you shot was with Robert Wagner remembering that tragic night.

That was very powerful. The director Laurent and I both felt that if that scene didn’t work, we weren’t going to make the documentary. We needed my stepdad to go to those uncomfortable places. We shot those interviews over a course of two days because we knew they would be tiring for both of us.I was very nervous to shoot that because I am so protective of him. I adore him. I didn’t want him to feel under a microscope.

There was all this speculation about domestic violence because there were reports of bruises on Natalie’s body. Can you comment?

No, we have never been back. I don’t feel the pull to go back there. I read that Christopher Walken, who was on the boat during that fateful night, declined to be interviewed for the documentary. Your thought on his refusal?

I reached out to Christopher Walken through his agent, Toni Howard, who is also a family friend. Christopher really considered [being interviewed] and he thought about being in the documentary but he ultimately declined. He didn’t give a reason but, of course, I respect his decision. I feel that he has handled this, all these years so admirably, never speaking about it.

Did your aunt, Lana Wood, also refuse to be interviewed?

We contacted her to be interviewed but she declined. She didn’t give a reason why.

Do you have a personal relationship with her?

I do not. I haven’t been in touch with her since I was a little girl.

How did you learn that your mom died?

Unfortunately, I heard it on the radio, which was a terribly traumatic way to find out. Then it was confirmed by my Daddy Wagner when I got back to my house that morning.

Can you talk about your growing up years amid your mom’s very public divorces?

I always say that I don’t feel like a child of divorce because my mom and my dad Richard Gregson divorced when I was so young. She met Daddy Wagner again. By the time I was old enough, everybody was getting along. I just thought that I had two dads.

It was a poignant moment when you interviewed your dad.

He was quite ill. I had given him the choice, “Do you want to just do the audio? You don’t have to go on camera.” He said, “I would be very insulted if I weren’t on camera.”

The night before we shot that scene, I was staying at his home in Wales. He had fallen out of his bed and broken his wrist but he didn’t tell any of us that he had broken a bone. He was so worried that if he told us, we would make him go to the hospital.

So he did that entire interview with a broken wrist. That’s how important it was for him to talk about my mom, to be a part of this documentary.

What do you remember about the parties in your house, when the amazing guests were the likes of Laurence Olivier and David Niven?

I knew that my parents had really fun friends and most of them spoke with a funny accent—English usually or very stage accents like Ruth Gordon’s. But I didn’t really know who they were. These people were very low-key and down-to-earth. I think that is because that’s how my parents were and these friends felt relaxed at our house. My mom always included my sister Courtney and me in the festivities.

Speaking of Ruth Gordon, you had cool godparents. Ruth, who was, of course, in “Harold and Maude” and “Rosemary’s Baby,” and Mart Crowley, who wrote “The Boys in the Band,” were your godparents.

They were very cool godparents. She (Ruth) seemed to really take her role as godmother very seriously with me.

Mart just passed away in the beginning of March. He was one of my best friends. He was my mom’s dearest friend and closest confidante. I was almost like his child.

I am over the moon that Steven Spielberg is remaking it because I feel like anything to keep my mom’s name out in the world, to keep her relevant and to have someone as accomplished as Steven Spielberg remake that film, I am actually really looking forward to seeing it.

Thank you for this interview.

Thank you. I just want to say I have a clear vision of my mom winning the Golden Globe for “From Here to Eternity.” We were so excited, jumping up and down. So I feel the love for the HFPA (Hollywood Foreign Press Association).