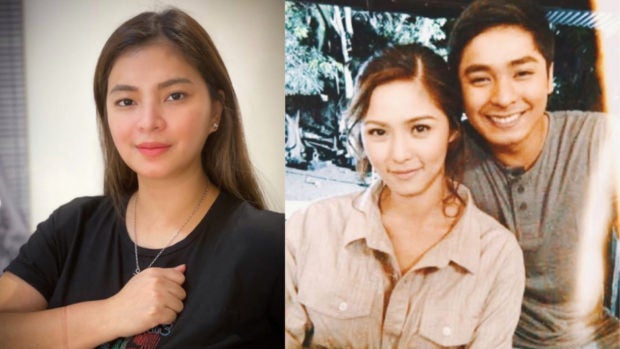 Actors Kim Chiu and Coco Martin received a wave of support from fellow celebrities after they were singled out by some bashers for defending ABS-CBN during an online protest last Friday, May 8, on the TV network’s shutdown.

Chiu and Martin, together with fellow Kapamilya stars, expressed their dismay about the media giant’s shutdown on May 5, in compliance with the National Telecommunications Commission’s (NTC) cease and desist order. Martin and Chiu received the most backlash after some of their statements were questioned and ridiculed online.

Martin fumed during the online protest to emphasize the seriousness of the situation, saying that the issue has gone beyond diplomatic discourse. Martin emphasized how the shutdown was affecting him and the rest of ABS-CBN’s 11,000 employees who lost their livelihood.

Meanwhile, Chiu tried to explain the media giant’s shutdown by comparing it to a classroom setting. When some netizens expressed their confusion about her statement, the actress admitted that she got confused too. On this, Chiu retweeted a post made by a certain @engineercaps with her quote from the online protest, as seen on her Twitter post last Saturday, May 9.

After several days of being subjected to public ridicule, to the point that Chiu’s “classroom analogy” has been transformed into a meme, her longtime boyfriend Xian Lim finally broke his silence to defend the actress from her bashers. Lim condemned the hatred Chui was receiving and said that the actress is a “wonderful human being.”

“I pray for protection for the both of you,” Locsin said. “I know your intentions are pure and thank you for standing up for what you believe in.”

TV host Kim Atienza sent his love to Chiu as well, as seen on his Instagram account on the same day.

“@chinitaprincess your Kuya Kim is here for you always,” Atienza said. “All the love at this time.”

Cruz, who played Chiu’s mom in the halted TV drama series, said that it has been a wish fulfilled for her to work with Chiu.

(Even before, I’ve heard good things about her and it is true that she is good and always cheerful, professional and excellent — not just as an actress, but as a person in general. It is easy to get along with one Kimmy because she is genuine and humble.)

“Know that maraming nagmamahal sayo (there are a lot of people who love you) and I am one of them. This too shall pass,” Cruz told Chiu. “Kapit lang anak (Just stay strong, my child)!”

Similarly, De Leon described Chiu as “a ray of sunshine” in their set.

“She’s somebody who’s always eager to learn,” the actor said. “She never CLAIMED to be outstanding on anything.”

(She is always drawing from her personal experiences. She is always sharing a part of herself to each one of us.)

Read Next
Bea Alonzo’s organization donates to jeepney drivers seeking help in streets
EDITORS' PICK
Geek out at TOYCON 2022 powered by Smart Signature
UK’s Boris Johnson will resign, BBC reports
High-risk pregnancy: Reducing your risk is in your hands
House energy committee chair Arroyo bats for cheap electricity
High inflation: Your P1 is now worth only 87 centavos
Unemployment rate up to 6% in May
MOST READ
Suspect in grisly killing of missing woman in Bulacan arrested
Hong Kong suspends flight bans as it eases COVID-19 rules
Kim Atienza’s daughter flaunts bikini body in response to critics of her ‘revealing photos’
Cop slain in Isabela ambush
Don't miss out on the latest news and information.