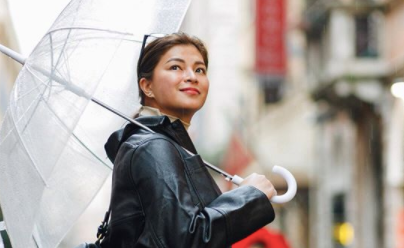 Actress Angel Locsin could not help but shed tears for the employees of ABS-CBN, who lost their jobs after the TV network’s shutdown yesterday, May 5. Locsin also noted how these employees will have difficulty in looking for other sources of livelihood due to the COVID-19 pandemic.

Locsin’s fiance, film producer Neil Arce, revealed that the actress has been “crying non-stop” since she found out that the National Telecommunications Commission (NTC) has issued a cease and desist order against the TV network, after its legislative franchise expired last Monday, May 4.

Despite not renewing her contract with the media company, Arce said Locsin still sympathized with the 11,000 people who lost their jobs as a consequence of the shutdown, according to his Instagram post yesterday.

“Breaks my heart seeing her like this…” Arce said, showing Locsin lying on the bed. “We’ve been under [the enhanced community quarantine (ECQ)] for 2 months now trying to save lives.”

Locsin and Arce have been actively contributing with the COVID-19 relief efforts through their recently-concluded hospital tents initiative, UniTENTweStandPH.

Arce added that the TV network’s shutdown will not only affect its employees but also millions of people who depend on the TV network to get information.

(We have not yet reached the 10,000-mark of people with COVID-19 here in the country, but now, 11,000 people will lose their jobs and millions upon millions of Filipinos will no longer have access to quick information and a little entertainment during this time.)

The actress also made an estimation of how much the network’s shutdown will cost the Department of Social Welfare and Development (DSWD) if it was to hand out financial aid to ABS-CBN’s employees, as seen on her Twitter post today, May 6. She estimates DSWD needs to prepare P55 million to give 11,000 employees a P5,000 allowance.

(Most of these employees will have lower chances of finding work. It is such a waste, we could have used the budget for something else during this time.)

Malacañang said today that ABS-CBN’s employees may be included in the government’s financial relief program for small and medium enterprises (SMEs).

Along with Locsin, numerous celebrities have also rallied in defense of the media conglomerate including Kathryn Bernardo, Bela Padilla, Bea Alonzo, and more. “Ang Probinsyano” star Coco Martin also took at shot Solicitor General Jose Calida for his supposed role in the TV network’s shutdown. Martin “thanked” Calida and NTC for their contribution to the country, while it is already facing problems due to the health crisis.

Meanwhile, the media giant vows to return after being shutdown. The company’s CEO Carlo Katigbak said, “If we have been important to you, keep us in your thoughts, in honor of all our employees.” JB