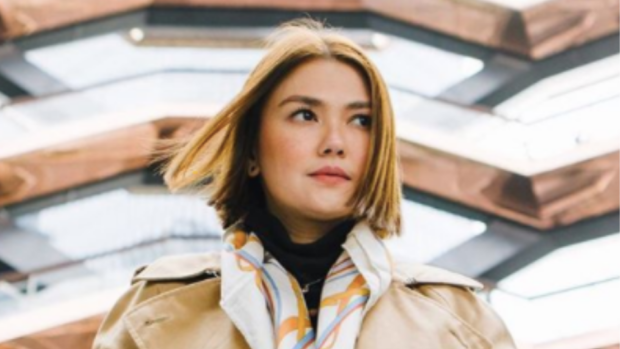 In the wake of media conglomerate ABS-CBN’s shutdown last Tuesday, actress Angelica Panganiban is calling for press freedom along with mass testing for the new coronavirus disease (COVID-19).

Panganiban said that the public’s attention had been diverted from the health crisis, as lawmakers continue to debate  as to who is to blame over the TV network’s expired legislative franchise. She also appealed for the prioritization of Filipinos’ welfare amid the pandemic via her Twitter post today, May 9.

The media giant signed off from television and radio on May 5, in compliance with the National Telecommunications Commission’s cease-and-desist order. NTC issued the order after the TV network’s franchise expired after May 4.

After protesting on behalf of the TV network with her fellow actors, Panganiban apparently wants to return the people’s attention to the pandemic.

(Where is the mass testing [for COVID-19]? Let us go back. You’re sidetracking us.)

The department has also been working toward “expanded testing” or “targeted testing.” Unlike mass testing, “targeted testing” intends to broaden the scope of people to be tested for COVID-19 with asymptomatic patients and healthcare workers among its main priorities.

Aside from mass testing, Panganiban also emphasized who she thinks should be the priority during the pandemic.

(Filipino to Filipino. It is very simple. There is a pandemic. I am begging you. [Let us] put Filipinos first, please.)

Meanwhile, ABS-CBN actors rallied behind the TV network last night, to protest its shutdown. The online protest called “Laban, Kapamilya!” included some of the TV network’s brightest stars, such as Coco Martin, Kim Chiu, Judy Ann Santos and more. The event was hosted by Boy Abunda and Bianca Gonzalez.  /ra