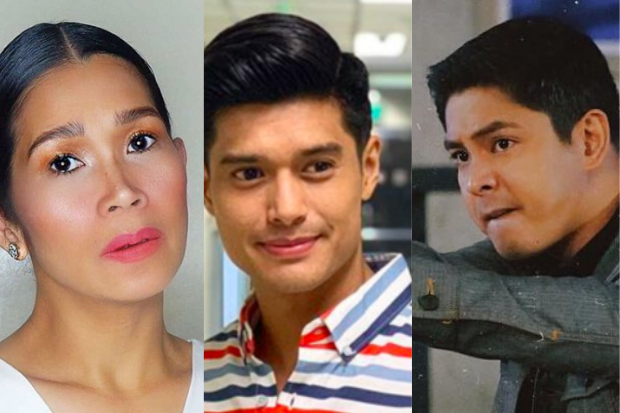 “Ang Probinsyano” star Coco Martin for one stressed that as Kapamilya actors like him are now jobless, it feels good to finally be able to let out his frustrations online and even fight back against trolls by ignoring them.

(It really does feel nice to finally be able to say what you want without fearing or avoiding something. So, this is why bashers and trolls enjoy doing this!)

(Us celebrities cannot do anything when they insult us; we could not fight when we were being bashed. Now that we are jobless, we are all equal now and we can finally fight back because we are not afraid of anything anymore! They like reading what we post and now it is our chance to get revenge by ignoring their comments and making them look stupid! To all our bashers, you are free to insult us, no one will read your comments anyway!)

Martin’s message came with a set of instructions to “starve a troll today,” which encourages people not to engage trolls and if they do, they should delete their comment after the troll replies to deprive them of their pay.

It also encourages people to block trolls and to “unfollow all troll queen blogs” as people would be happier if they do not read their content.

Since the National Telecommunications Commission (NTC) issued the cease-and-desist order to stop the operations of ABS-CBN after the expiration of its franchise, Martin has been vocal about his support for the network and condemned the move and the bashers of the network.

(Ignore them, do not look at their accounts, do not engage, and do not reply. Every move you make will be to their benefit as they get paid for it. Thank you.)

Actress-comedienne Pokwang (Marietta Subong in real-life) echoed the same sentiments and emphasized to her followers: “Mas bongga kung i block o i report mga trolls (it is much better to block or report trolls!)

(To our legitimate followers on IG or Twitter, please, let us starve the trolls; do not reply or look at their accounts because every response or look helps them earn money!)

Actor JC de Vera likewise took to Instagram to share with his followers the “starve a troll” guide shared by his co-actors.

Several of the country’s biggest stars, both from ABS-CBN and rival network GMA 7, have also rushed to the defense of the Kapamilya network, which has gone off-air since Tuesday night.

A self-confessed professional troll, whose name was withheld, back in 2016 disclosed to INQUIRER that professional trolls operate like regular employees who receive salaries. In the said troll’s case, he is employed by a well-known public relations company.