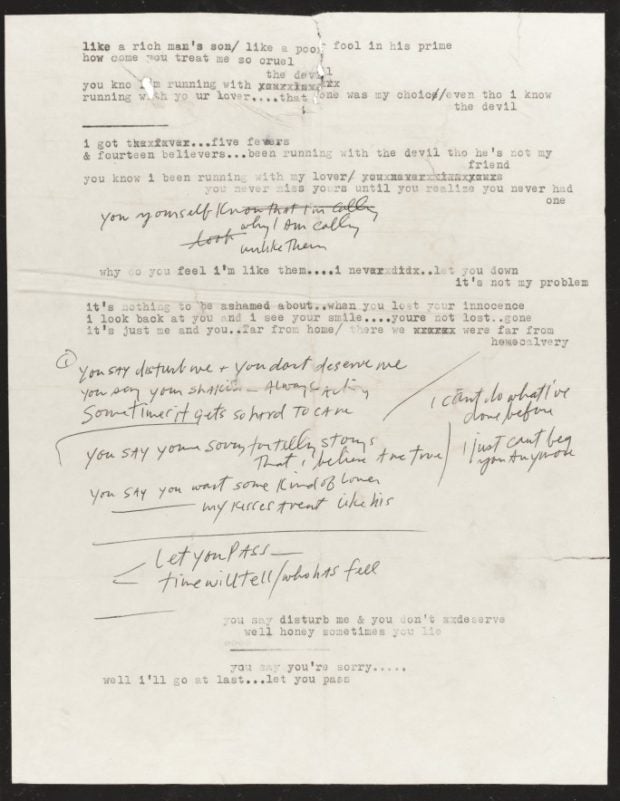 Bob Dylan, “Most Likely You Go Your Way (and I’ll Go Mine)”, partial autograph manuscript and authorial typescript lyrics (1966). Image: courtesy of Sotheby’s via AFP Relaxnews

This manuscript page will be offered during Sotheby’s “English Literature, History, Children’s Books and Illustrations” online sale, which is open for bidding through Tuesday, May 12.

The page features lyrics to the song “Most Likely You Go Your Way and I’ll Go Mine”, which appears on Dylan’s seventh studio album “Blonde on Blonde”.

The American singer-songwriter likely wrote these lyrics in early 1966 in Nashville, Tennessee, where he recorded the follow-up to 1965’s “Highway 61 Revisited”.

As Sotheby’s noted, Dylan did not come to Nashville with his songs completed and prepared, but continued to develop lyrics for his “Blonde on Blonde” album during recording sessions.

The page on offer includes a mixture of typescript and handwriting, providing an insight into the multiple stages of development of “Most Likely You Go Your Way and I’ll Go Mine”.

The song opens with the complaint, “Like a rich man’s son / like a poor fool in his prime / how come you treat me so cruel,” lines that ended up being used in the “Blonde on Blonde” cut “Temporary Like Achilles”.

Elsewhere, the line “I got five fevers and fourteen believers” was later reused in the song “Obviously Five Believers”. 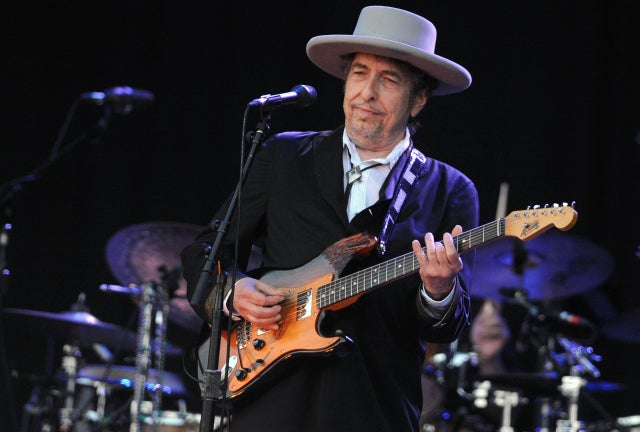 This price is still far from the record sum of over $2 million that Dylan’s manuscript for “Like A Rolling Stone” achieved in 2014 at Sotheby’s New York.

Last month, Los Angeles-based autograph dealers Moments in Time announced that Dylan’s handwritten lyrics to his 1960s classic “The Times They Are A-Changin'” are also going up for sale for $2.2 million.

The one-page sheet of lyrics, written in a notebook and with changes and scribbles, was reportedly owned by Dylan’s current manager Jeff Rosen. JB