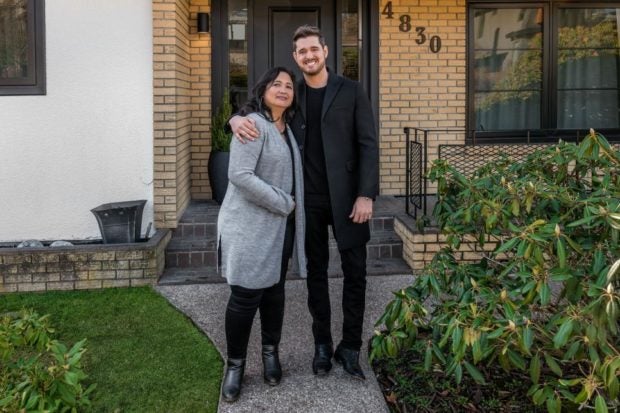 Singer Michael Buble fulfilled his grandfather’s dying wish to give a home to Filipino caretaker Minette.

It was no ordinary pad: The house was built by Buble’s grandfather Demetrio, who wanted Minette to have it so she could have a place of her own instead of paying rent.

Buble sought to give the house a makeover and surprise Minette with it on the home renovation show “Celebrity IOU,” where Hollywood stars give back to people who have made an impact on their lives. The episode was broadcast on HGTV on Monday, May 4.

Minette was a community health worker in the Philippines before moving to North America to work and support her family. She said that she had been with the Bubles, caring for both the Canadian singer’s grandparents for about eight years.

“Minette doesn’t keep any of the money that she makes. She’s got a lot of family in the Philippines and she takes that money and she sends it all back,” Buble said, noting that she became his grandpa’s best friend.

“Minette is this really compassionate, kind, empathetic human being,” he said. “She became family almost instantly. I can only imagine what it’s going to mean to her.”

Buble also talked about his close relationship with his grandfather, who influenced his love for music. Minette recalled that he would video-call Demetrio before concerts to ask for his request.

The jazz crooner, together with Drew and Jonathan Scott, transformed the house from its 1970s interiors to one that was a modern and airy home with light wood and soft grays. 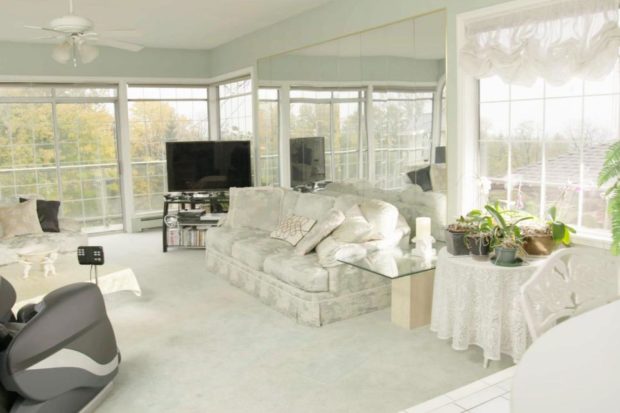 The living room in the original design (Image: HGTV) 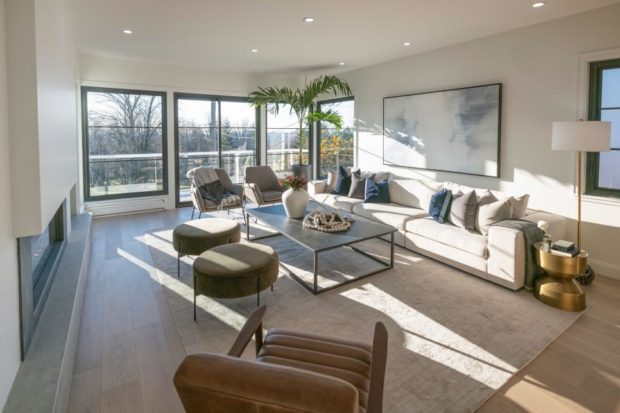 Minette could not help but break into tears when Buble surprised her with the renovations and told her it was made for her.

“Grandpa thank you so much,” she said.

Actors Brad Pitt, Viola Davis, Melissa McCarthy, Rebel Wilson and Jeremy Renner have also made renovations in the first season of the show, which began airing in April.  /ra