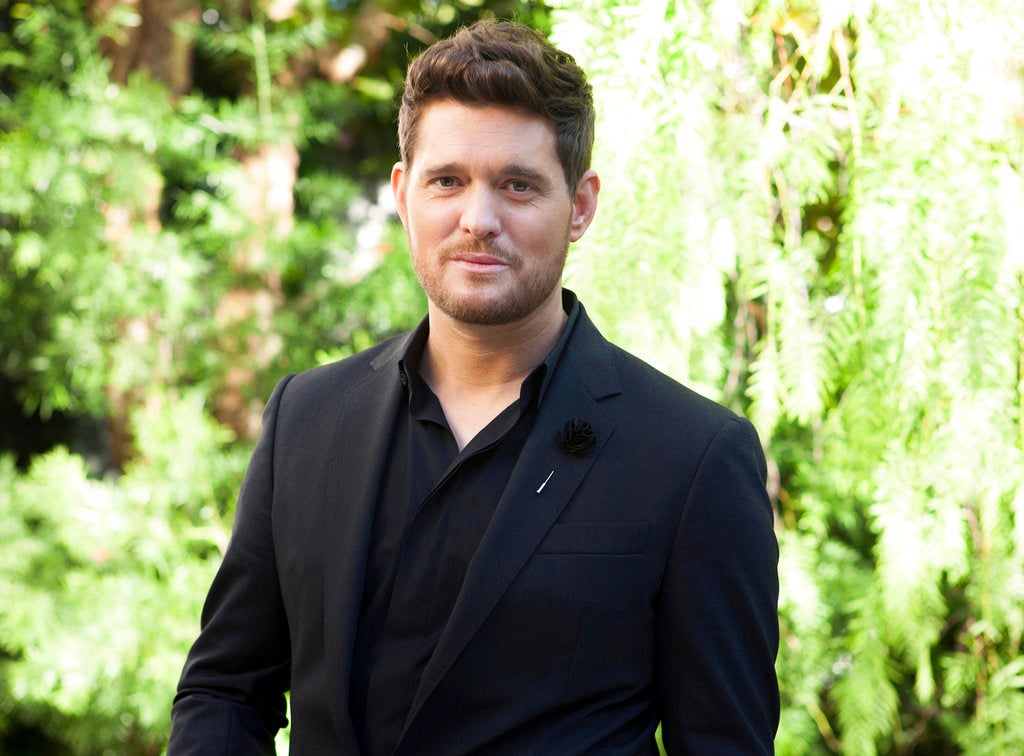 In this Oct. 16, 2018 photo, Michael Buble poses for a portrait at the Sunset Marquis in Los Angeles to promote his 10th album “Love,” out on Friday, Nov. 16. Image: Rebecca Cabage/Invision/AP

WEST HOLLYWOOD, Calif. (AP) — Michael Buble says though his cancer-stricken son aspires to have superhuman powers, he’s already a superhero in his eyes.

“He loves Spider-Man, he loves Superman, but they are not real,” Buble said of 5-year-old Noah. “I tell him all the time that he’s my superhero. He is literally the greatest, strongest (and) most beautiful thing I’ve ever been a part of.”

Buble said Noah, who was diagnosed with cancer in 2016, taught him how to overcome adversity. The stress of his son’s condition coupled with him losing his desire to make music contributed to the two-year break he took to focus on his son’s treatment and spend more time with family.

But Buble said in time things got back to normal with Noah beginning kindergarten. He said his son is “holding up well.”

Now, the Grammy-winning singer returns to music with his 10th album, “love,” out on Friday. He ultimately found his groove after inviting some of his band members to his home.

“I said, ‘Come to the house, let’s get drunk, eat pizza and play Mario Kart,'” he recalled. “And then when we were all toasted. We were like, ‘Yeah, let’s jam.’ And then we started to jam.”

Buble said his new album will provide a snapshot into his mindset during the past couple of years. He also will offer his perspective on love, which he calls a “complicated word.”

“I think it reflects my sense of romance or how sentimental I am,” he said. “It obviously reflects a lot of pain that I felt, feel and go through. It was kind of therapeutic for me. To be able to invest and get right into the song and tell the story of both sides of this word and this feeling that means something to all of us.”

These days, Buble said he is trying to meditate and pray as often as possible to stay positive. He also wants to continue to spread love through his music.

“My favorite thing about music is that it’s open for interpretation,” he said. “I hope some people fall in love. I hope someone who is going through a horrible time is carried through to the next day. I sure hope some babies can be made to it. We need more baby-making music.” NVG

Michael Bublé on son’s cancer battle: ‘It’s so hard to acknowledge it’