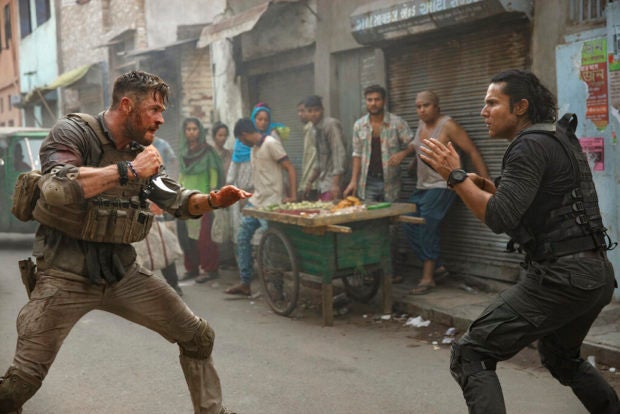 This image released by Netflix shows Chris Hemsworth, left, in a scene from “Extraction,” premiering this week on Netflix. Image: Jasin Boland/Netflix via AP

Action film “Extraction” is set for a sequel after capturing audiences watching from home on a streaming platform.

Writer Joe Russo, who produced the film with brother Anthony, has signed on to make a part two, Deadline reported yesterday, May 4.

Directed by Marvel stunt coordinator Sam Hargrave, “Extraction” is set in Bangladesh and stars Chris Hemsworth as Tyler Rake, an Australian mercenary tasked to rescue the kidnapped son of an Indian drug lord.

“The deal is closed for me to write ‘Extraction 2,’ and we are in the formative stages of what the story can be,” Joe told Deadline.

As for what to expect, he said, “We’re not committing yet to whether that story goes forward, or backward in time. We left a big loose ending that leaves question marks for the audience.”

The movie is becoming “the biggest-ever film premiere” on Netflix, which estimates that 90 million households will watch it in its first four weeks, it said on Saturday, May 2.

Joe based the film on the graphic novel “Ciudad,” of which he was a co-author. Niña V. Guno /ra