Bollywood mourns loss of two of its most versatile actors

GURUGRAM, India — Two of India’s most beloved movie stars, Irrfan Khan and Rishi Kapoor, died within a day of each other this week, and though they came from two very different worlds and two very different schools of acting, both leave behind a treasure of cinematic work and millions of grieving fans.

This double whammy for India’s Hindi-language film industry, known as Bollywood, comes amid a crippling coronavirus lockdown that has brought the entertainment business — along with so much else — to a complete halt.

“It seems we are in the midst of a nightmare,” popular actor Akshay Kumar tweeted.

In normal times, the funerals for two of Bollywood’s most-admired actors would mean tens of thousands of fans gathering to bid them goodbye. Instead, their ceremonies were held in the presence of a handful of family and friends, surrounded by police. 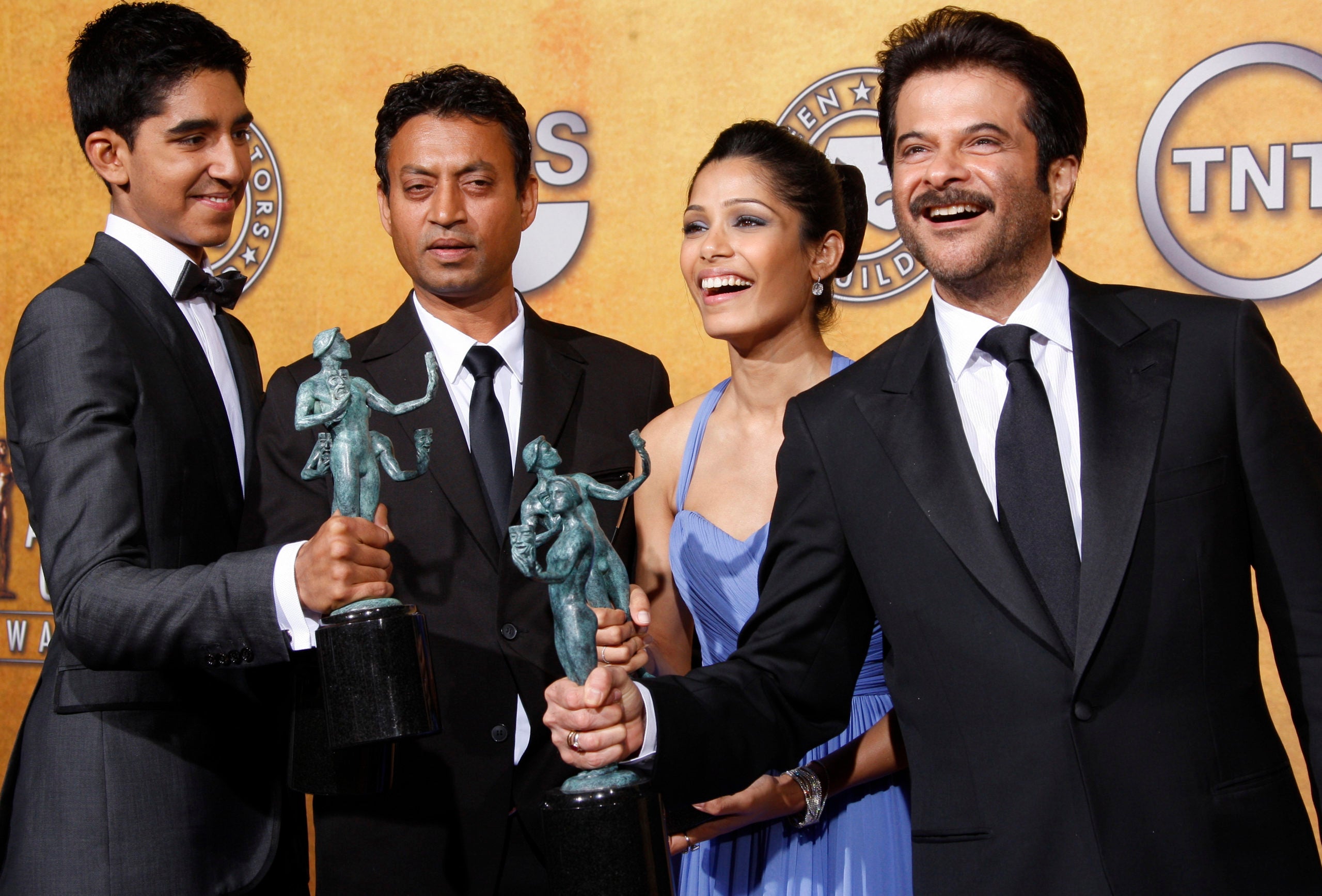 In this Jan. 25, 2009, file photo, members of the cast of “Slumdog Millionaire,” from left, Dev Patel, Irrfan Khan, Freida Pinto, and Anil Kapoor pose backstage with the award for outstanding performance by a cast in a motion picture during the 15th Annual Screen Actors Guild Awards in Los Angeles. Two of India’s most beloved movie stars, Khan and Rishi Kapoor, died within a day of each other this week, and though they came from two very different worlds and two very different schools of acting, both leave behind a treasure of cinematic work and millions of grieving fans. The 54-year-old Khan died Wednesday, April 29, 2020, after battling rare cancer, while the 67-year-old Rishi Kapoor had leukemia and died Thursday. (AP Photo/Reed Saxon, File)

The 54-year-old Khan died Wednesday after battling rare cancer, while the 67-year-old Kapoor had leukemia and died Thursday.

The career trajectories of both actors reflect the changing contours of Bollywood, which in the past traversed two parallel streams of arthouse cinema and commercial films. The growing acceptance and box-office viability of content-driven films over the last two decades gave the two a chance to cross paths and act in movies that were both critically acclaimed and popular.

A trained stage actor, Khan started his career with television and found work in new-age Bollywood, which was experimenting with visceral themes reflecting India’s social and political fault lines in the 1990s.

It took years of roles in small films before Khan made it to the Bollywood big leagues. Balancing arthouse movies with the popular commercial fare, Khan went on to play a wide array of roles including an intensely tormented lover in “Maqbool,” an adaptation of “Macbeth,” and a gentle immigrant in Mira Nair’s “The Namesake.”

Unlike other Bollywood superstars with mega-stylized personas, the versatile Khan brought a rare intelligence and empathy to his characters over his 30-year career.

“He managed to walk off the screen and come home with us,” wrote film critic Shubhra Gupta in the Indian Express newspaper.

One of the best-known Indian faces in world cinema, Khan crossed over to Hollywood with ease, playing a variety of parts in movies like “Slumdog Millionaire,” “Life of Pi” and “The Amazing Spider-Man.”

The Academy of Motion Picture Arts and Sciences said in a tweet that Khan was an ” incredible talent” and “left his imprint on global cinema.”

“Gone too soon. When he is on screen, you can’t take your eyes off of him. He lives on in his films,” tweeted Hollywood filmmaker Ava Duvernay. 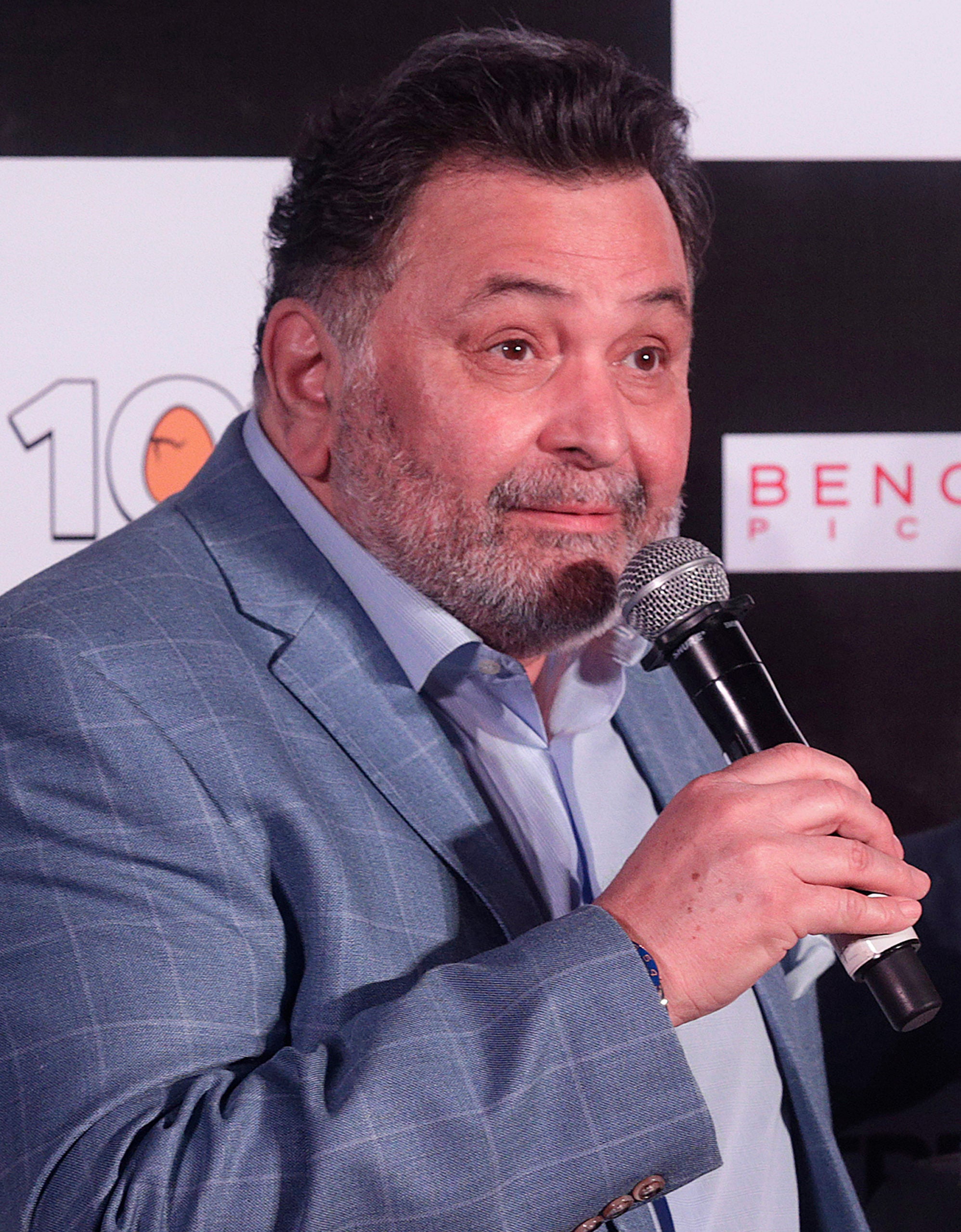 In this Thursday, April 19, 2018, file photo, Bollywood actor Rishi Kapoor speaks during the song launch of his film ‘102 Not Out’ in Mumbai, India. Two of India’s most beloved movie stars, Irrfan Khan and Kapoor, died within a day of each other this week, and though they came from two very different worlds and two very different schools of acting, both leave behind a treasure of cinematic work and millions of grieving fans. The 54-year-old Khan died Wednesday, April 29, 2020, after battling rare cancer, while the 67-year-old Kapoor had leukemia and died Thursday. (AP Photo/Rafiq Maqbool, File)

Kapoor’s cinematic journey could not have been more different.

Kapoor was a third-generation actor, born with showbiz in his blood. His grandfather Prithiviraj Kapoor and father Raj Kapoor were legendary actors of their time.

“Acting was in my blood and there was simply no escaping it,” Kapoor wrote in his 2017 autobiography.

The runaway success of the teenage romance “Bobby” in 1973 made him a Bollywood heartthrob and a string of romantic, musical blockbusters followed.

The charming lover boy of the 1970s and 1980s went on to become one of the most dependable actors of his time and appeared in some of Bollywood’s most-loved films, including “Amar Akbar Anthony” and “Chandni.”

To be in sync with contemporary filmmakers moving away from melodrama and mining plot-driven stories, Kapoor refashioned his career in later years to play a variety of strong character roles. His portrayal of an old man in the 2016 movie “Kapoor & Sons” and as a Muslim man forced to prove his patriotism in “Mulk” in 2017 won him great acclaim. His most recent movie “The Body” was released last year.

“There may not be another actor who grew up and grew old on camera,” tweeted film critic Uday Bhatia.

In his final years, Kapoor became a popular presence on social media and was refreshingly honest about his opinions. In his last tweet on April 2, he appealed to people to respect the work frontline health workers were doing.

“We have to win this Coronavirus war together,” Kapoor wrote.

Altogether Kapoor acted in more than 100 movies in a career spanning more than 40 years.

“He smiled on screen and the world outside became a little bit lighter,” film critic Baradwaj Rangan wrote in a tribute. “He gave us joy.”