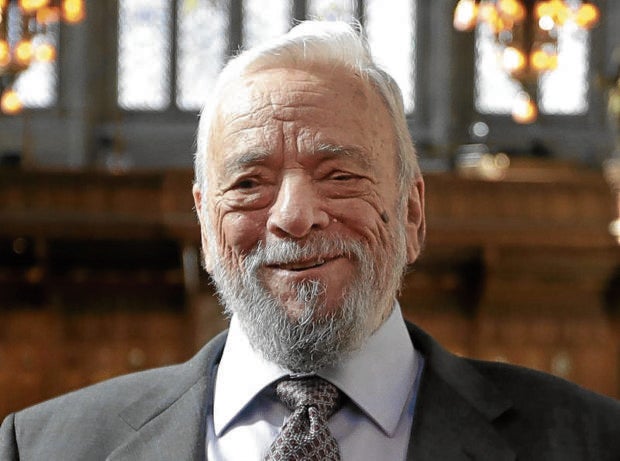 Early Monday morning. It was the Zoom call to end all Zoom calls.

Almost every Broadway performer assembled for “Take Me to the World,” the Stephen Sondheim 90th birthday concert that streamed on YouTube and Broadway.com on Monday (Sunday evening in the United States), had come together at the invitation of the show’s producer (and Broadway star) Raul Esparza for a toast and a brief powwow. The show was also organized to benefit Astep (Artists Striving to End Poverty).

When his face popped up, I thought my brain would just about explode.

Everyone raised a glass and sang “Happy Birthday” (given the internet’s penchant for lags, it must’ve been quite an interesting rendition), and Raul said a beautiful thank you to everyone for being part of the evening, prompting Stephen to remark, “You stole what I was about to say!”

At this point, there was no sleeping for me. So, I got comfy with a cup of coffee and waited for the livestream to begin.

The stream was supposed to begin at around 8 a.m. However, there were technical difficulties, which prompted a few of the performers to tweet that Broadway shows never ever start at 8 o’clock sharp.

This is true. Curtains usually rise at around 8:05. At 8:30, we saw the first images, but the technical snafus continued. The feed was cut, and a brand-new link was posted.

Yes, we were all getting somewhat restless, but once it was underway, it was a flawless near-perfect tribute to the man who can be considered the most important musical-theater composer and lyricist of the latter half of the 20th century.

The breadth and depth of his catalog was well-represented: songs from “Anyone Can Whistle,” “Sweeney Todd,” “Into the Woods,” “A Little Night Music,” “Sunday in the Park with George,” “Follies,” “Company,” “The MAD Show,” “Assassins,” “Dick Tracy,” “Evening Primrose,” “Passion,” “Pacific Overtures” and “Saturday Night” in the hands of stars professing their love for a man on whose songs they cut their musical-theater teeth as musical-theater fans.

The first Sondheim shows I ever saw that I remember were “Into the Woods” and “A Little Night Music,” while I was still living in London. I’ll admit to being a total noob as far as his work was concerned, never mind that I had the CD to “Sweeney Todd” in my flat and had heard “Send in the Clowns” as a kid and had some familiarity with his lyrics to “Gypsy” and “West Side Story.”

But it wasn’t until I got to see “Passion” on Broadway that something clicked, and watching Donna Murphy as Fosca was instrumental in it, so it was perhaps by some serendipitous or divine intervention that “Loving You” would be the song for me to interpret for the concert.

My New York musical director Larry Yurman created my piano track. He and I had done this song quite a few times in concert, so it felt completely natural and easy for us to “come together” for this.

As an audience member and Sondheim fan, I had my own personal highlights in an evening composed of highlights, including but not limited to the following:

“Someone in a Tree” by members of the cast of “Pacific Overtures” at Classic Stage Company (Ann Harada, Thom Sesma, Austin Ku and Kelvin Moon Loh). The Brady Bunch-inspired layout made so much sense, and I especially enjoyed Kelvin’s singing under the table (as if hiding underneath the floorboards of a meeting room) and Austin’s cherry blossom tree background.

“Move On” by Jake Gyllenhaal and Annaleigh Ashford. I had actually seen their production of “Sunday in the Park with George” on Broadway, and their onstage chemistry was palpable. Despite both of them being in quarantine, their combined strength was not diminished.

“Ladies Who Lunch,” with Christine Baranski, Meryl Streep and Audra McDonald, is the Zoom call everyone seems to have at least one a week: in a comfy bathrobe and a drink or two in hand, leaning on one another to survive quarantine. Sure, we all have our ways of getting through this, but seeing this formidable trio in action made us all feel seen. 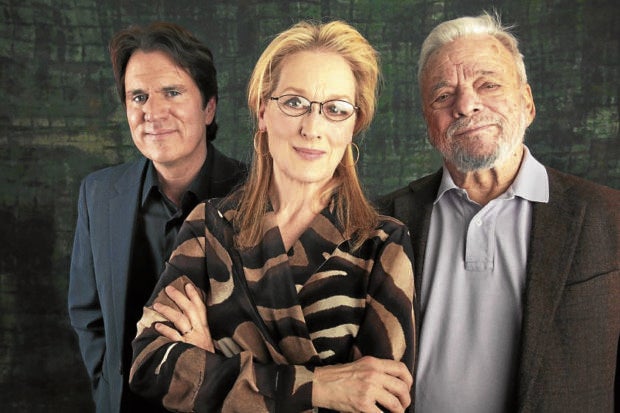 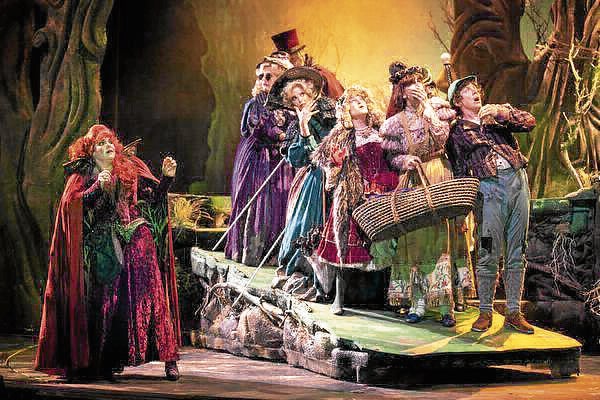 “The Witch’s Rap” from “Into the Woods” as interpreted by Neil Patrick Harris. This was a brilliant choice, and performing with his two children only made this number that much more poignant.

“What Can You Lose” from the film “Dick Tracy.” In the hands of the singular Judy Kuhn (the singing voice of Disney’s “Pocahontas”), there is a melancholy threaded through the song from beginning to end.

“Buddy’s Blues” from “Follies.” As interpreted by Alexander Gemignani (himself a Broadway actor, conductor and musical director), it’s not just the vocals he excelled at, but conveying the spirit of this serial philanderer and heartbreak at his wife Sally’s love for another man. His “chair-ography” was fantastic!

“The Flag Song,” a song cut from “Assassins” interpreted by newly recovered COVID-19 patient Brian Stokes Mitchell. If all his cut songs sound like that, I want to hear the rest of the “rejects”!

Mandy and Bernadette. That is all.

The overture from “Merrily We Roll Along” performed by some of the best Broadway musicians in the business. It sent shivers up and down my spine in the most wonderful and fantastic way only a big Broadway overture can.

And finally, Patti LuPone singing “Anyone Can Whistle.” By the end I was unabashedly weeping. This was one of those songs that showed off Patti’s gift for interpretation and Sondheim’s genius in tapping into the human heart with his melodies and lyrics. He’s sneaky; the next thing you know you’re sitting in a puddle of tears, not always knowing why.

This is one concert I’ll be watching over and over again.

Sondheim’s music and lyrics can fill the heart and soul. Sure, they’re initially tricky and figuring how one is to navigate those complicated melodies and wordplay can feel like trying to unravel a Gordian knot. And then, by some miracle, the way is clear, the light is good.

Happy birthday, sir! What a gift you truly are to us! INQ