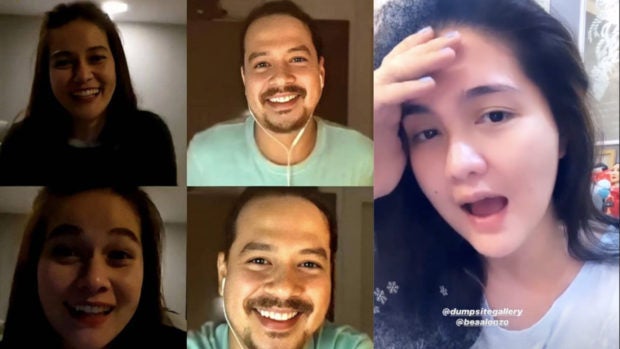 It appears that it was not just the fans of actors Bea Alonzo and John Lloyd Cruz who rejoiced after the two’s virtual reunion last night, as actress Dimples Romana and TV host Gretchen Ho also expressed their “kilig” over Alonzo and Cruz’s livestream.

Romana jokingly called out the two actors for giving their fans hope about their relationship, via her Instagram Stories yesterday, April 28. Likewise, Ho said the two’s interaction made her believe in “forever,” even if it was just for a night.

Alonzo went live via her Instagram page yesterday evening initially to talk about the recipe of her bagoong rice dish when Cruz joined in. Alonzo and Cruz covered an array of topics: from a playful pop quiz about Cruz’s favorite dish to his favorite movie with Alonzo, up to a reenactment of their most memorable dialogues from “One More Chance”.

Romana could not seem to get over the two’s interaction as she aired out her frustration.

(Hey, Basha and Popoy! What are you guys thinking? Why are you like this? [You disturb] our hearts’ peace. We got hopeful, you guys!) 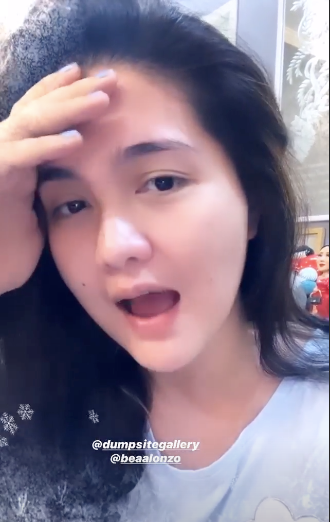 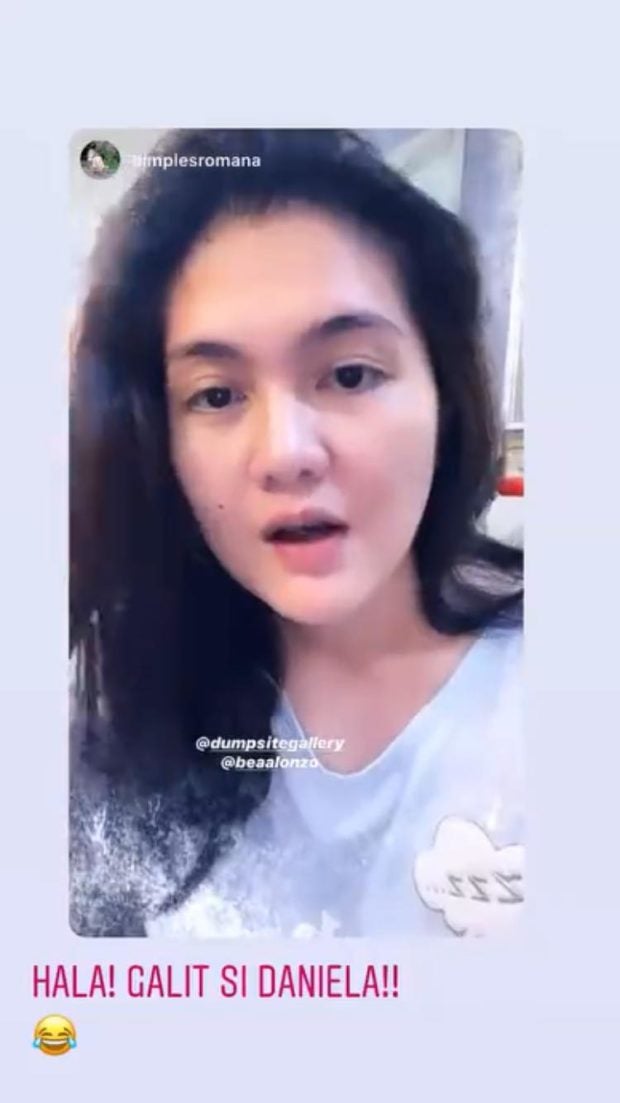 Meanwhile, Ho reposted a netizen’s screengrab of Alonzo and Cruz’s livestream via her Twitter page on the same day.

The “Umagang Kay Ganda” host added another snippet of the livestream when Cruz serenaded Alonzo with “You Are My Sunshine”.

“GRABE YUNG KILIG KO BA’T GANUN (I am feeling so giddy, why is that)!” Ho said.

After having done numerous movies together, through the years, Alonzo and Cruz have maintained their friendship. Alonzo and Cruz were also reunited last February for a script reading of director Antoinette Jadaone’s movie “That Thing Called Tadhana“.

The two also reaffirmed through the livestream that they are only good friends. JB

Read Next
WATCH: Francisco Martin vies for top 10 spot in ‘American Idol’ with Katy Perry song
EDITORS' PICK
WHO says fabric facemasks still work against virus variants
Is your company a growth champion? Stand up and be recognized!
UP president challenges AFP claim on Reds’ campus infiltration
Biden says Covid-19 expected to kill ‘well over 600,000’ in US
Acer Philippines welcomes you to its first flagship store
New Year, New Rediscoveries
MOST READ
Ate Vi’s message to those against ABS-CBN’s franchise renewal
Cop, 12 others killed in Maguindanao shootout
OVP spokesman tells Mocha Uson: Don’t drag us into your nonsense
UST students protest dismissal of Grade 12 student
Don't miss out on the latest news and information.