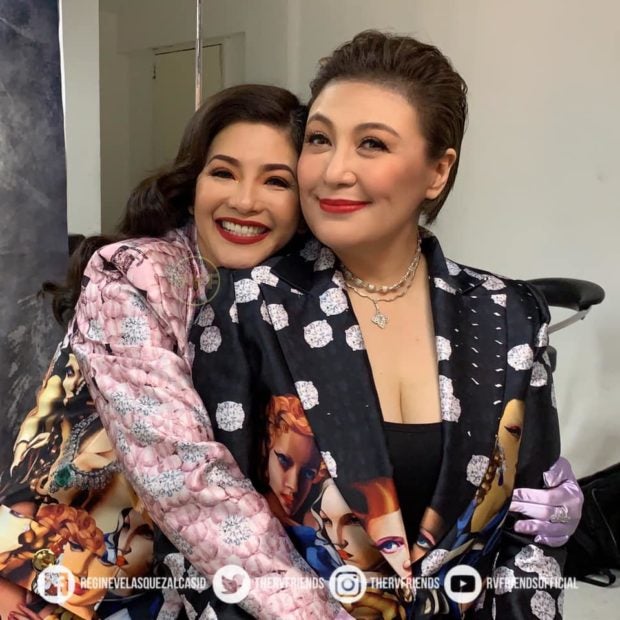 As Regine Velasquez performed online yesterday, April 25, for a birthday fundraiser, her generosity was returned by viewers and celebrity friends.

Velasquez, whose 50th birthday was on April 22, raised over P4.2 million during her online concert yesterday, which lasted for 3 hours. Funds will benefit Bantay Bata 163, a social welfare program for disadvantaged children.

Among the donors was close friend Sharon Cuneta, who gave P1 million to the cause, Velasquez announced during the one-hour mark of the show.

Cuneta and Velasquez have been longtime friends and teamed up for their “Iconic” concert last October.

Besides the hefty donation, Cuneta also made a song for Velasquez, which she posted on Instagram yesterday. The light-hearted song expressed her love for Velasquez and thanked her for their friendship.

“My little present for our beloved Songbird, Ms. Regine Velasquez-Alcasid,” Cuneta said on Instagram. “I love you so much, my baby Nana!” JB

Regine on turning 50: A milestone I feel in my knees!