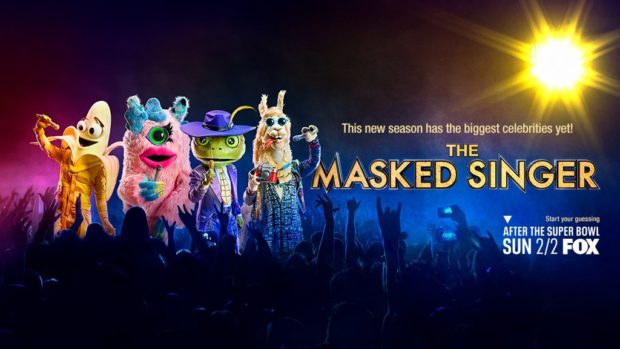 (Fox) via The Korea Herald

SEOUL — In a reality singing competition television series on Fox, celebrities in extravagant costumes and face masks perform a cover of a famous song, while the audience and panelists who don’t know the identity of the singers vote for their favorite.

This is the basic format of “The Masked Singer,” a US adaptation of the Korean show “King of Mask Singer” by MBC.

It has gained huge popularity since its first season made its US debut in January last year. Its third season premiered two months ago, and the first episode was watched by more than 23.7 million, according to US media.

“The Masked Singer” is one of the most famous of the Korean-made TV shows that have led to subsequent local adaptations in the United States and Europe. It has been also remade in Britain, Germany, France and Bulgaria.

The popular travel reality show “Grandpas Over Flowers” on tvN, one of the first successful programs for the cable channel, is also highly sought after by foreign broadcasters.

Its US edition, “Better Late Than Never,” was produced by NBC in 2016, and it was renewed for a second season two years later.

The program, about four veteran actors going on a backpacking tour with a young star, was also localized in France, Russia, Poland, Italy, Turkey and the Netherlands as well.

Moreover, the German network SAT.1 started airing tvN’s reality singing program “300: War of United Voices” under the local title “United Voices” in March. It is a show in which a superstar and 300 fans get together with a united choreography and perform one song together.

Fox TV in the US will broadcast the American version of Korean music game show “I Can See Your Voice” of Mnet later this year. In the program, the guest artist guesses mystery singers who are “good” and “bad” without hearing them sing live.

“Our TV shows in various genres have been expanding their horizon in Europe,” said Min Da-hyun in charge of overseas sales for CJ ENM, which runs tvN and Mnet. “In particular, ‘Grandpas Over Flowers’ is popular in the US and Europe as it presents Asian values in a creative format.”

The latest government data by the Ministry of Culture, Tourism and Sports showed that exports of Korean content grew 8.4 percent to $9.56 billion in 2018 from a year ago.

Read Next
‘Friends’ cast offers tickets to reunion special through COVID-19 fundraiser
EDITORS' PICK
Geek out at TOYCON 2022 powered by Smart Signature
UK’s Boris Johnson will resign, BBC reports
High-risk pregnancy: Reducing your risk is in your hands
House energy committee chair Arroyo bats for cheap electricity
High inflation: Your P1 is now worth only 87 centavos
Unemployment rate up to 6% in May
MOST READ
Suspect in grisly killing of missing woman in Bulacan arrested
Hong Kong suspends flight bans as it eases COVID-19 rules
Kim Atienza’s daughter flaunts bikini body in response to critics of her ‘revealing photos’
Cop slain in Isabela ambush
Don't miss out on the latest news and information.