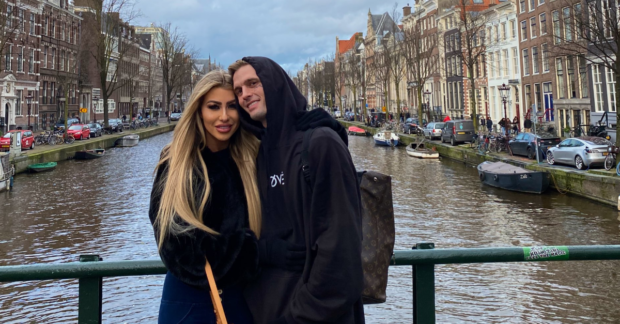 Singer Aaron Carter revealed that he is expecting his first child with girlfriend Melanie Martin.

Carter told fans that he has a baby on the way during an Instagram Live session yesterday, April 21, as per People on the same day. He also showed what seemed to be a positive pregnancy test before saying, “I’m going to be a busy father for sure.”

“This is the official announcement, we’re pregnant,” the singer declared.

Carter later told the publication that the pregnancy is something “[they] both want” and that he is “just focused on the future and being a dad.”

“I want to be a good dad,” Carter added. “I’m focused, my music career has been doing really well, and touring, having my clothing line out, all that stuff I have going for me that isn’t necessarily just music. Family is most important to me.”

The announcement comes weeks after Martin was arrested for domestic violence after scratching Carter during an argument, TMZ reported last month. However, Carter told People that charges against his partner have already been dropped and they are back in a relationship.

“We just realized that we love each other,” Carter was quoted as saying.