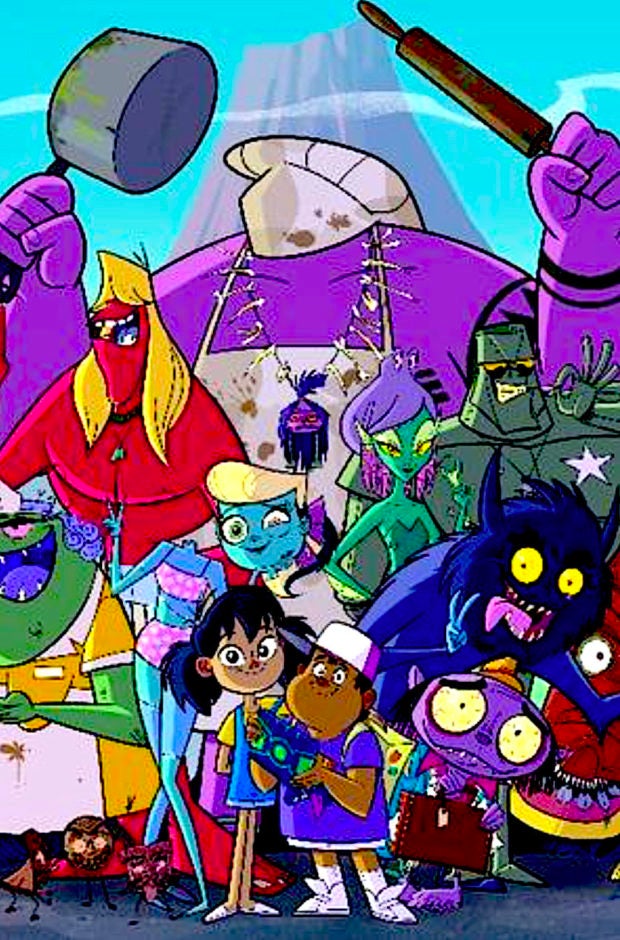 Here’s one animated series not just “locked down” and “stranded” young children at home can enjoy.

To be honest, we thought we were already too old and “world-weary” for kiddie shows that don’t hew closely to Pixar’s cry-your-eyes-out personal tales or the exhilarating beauty of Hayao Miyazaki’s “adult”-themed art house fables.

But we were glad we sat through screeners (sent to us by WarnerMedia International) of the upcoming animated series “Monster Beach,” Cartoon Network’s biggest-ever Asia Pacific original.

The show, which follows the “frightfully funny” summer adventures of Jan (voiced by Kazumi Evans) and her younger brother Dean (Elishia Perosa) with their thrill-seeking monster friends on the island of Iki-Iki, will air every Saturday and Sunday at 12:15 p.m. beginning April 25 on Cartoon Network (channel 43 on SkyCable and channel 74 on Cignal).

With its mood-invigorating color palette and bite-sized running time (each episode doesn’t go beyond the 11-minute mark), even older viewers with a short attention span can take away cautionary lessons from “Monster Beach,” helmed by director-cum-voice actor Sean Zwan. 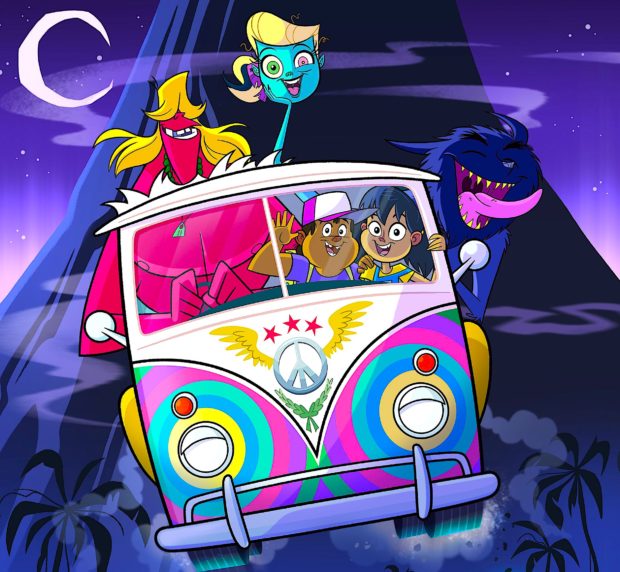 The animated series premieres on April 25

Beyond its deceptive simplicity and aw-shucks cartoon-like frills and froth, “Monster Beach,” written and produced in Australia and animated in Malaysia, tackles themes that manage to scratch the surface without a heavy hand—from the chaotic fallout resulting from our gullibility to fake news (in the premiere episode, “Cone from Outer Space”) and vacuous braggadocio (“Swampy Thing”), to the ills of corruption and abusive sense of entitlement (“Lagoon Goons”).

As Jan, Dean and their laid-back Uncle Woody (Gary Chalk) enjoy the sea, sun and sand on Monster Beach, a heady mix of wacky creatures—like adorable murmurmaids and restless canines—keeps them company.

In “Cone from Outer Space,” problems arise after the Mutt is bitten by fleas and won’t stop scratching—not even after he applies toothpaste, mouthwash and bath soap to the resulting rash! 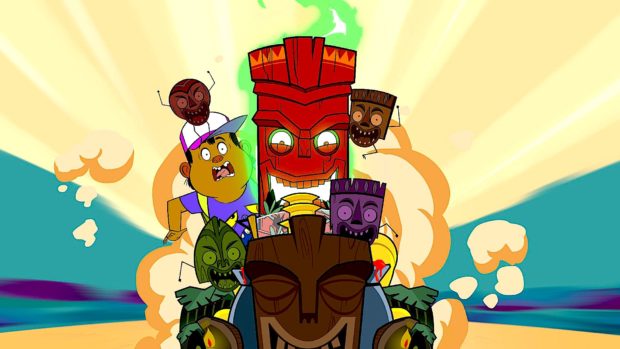 Scenes from the first season of “Monster Beach” 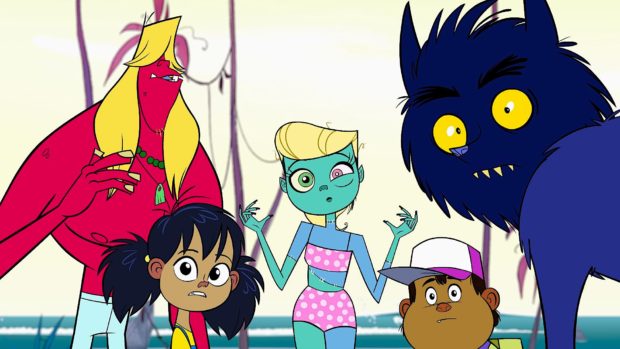 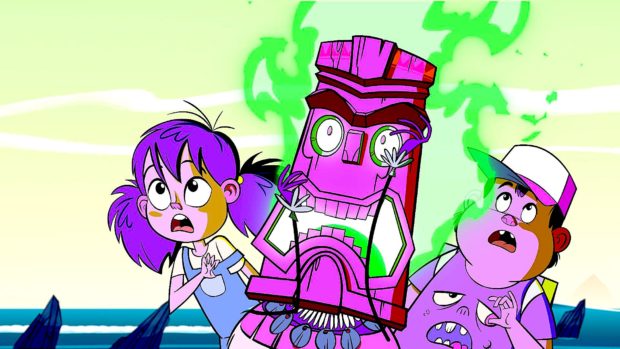 When the canine cone he’s made to wear picks up strange radio signals from outer space, the Mutt realizes he has to save Monster Beach and its loony denizens from an impending alien invasion—but time is running out.

Unfortunately, with the silly cone around his head, nobody wants to take the Mutt seriously!

But the dire situation takes a turn for the worse when the Mutt finally crosses paths with the alien invaders—who turn out to be doppelgangers of Jan and Dean! What to do?

In “Lagoon Goons,” Amphibia’s kindness and gullibility get the better of her when two endangered New Zealand sealions, Micko (Sam Knight) and Baza (Sean Zwan), are washed up on Monster Beach.

Amphibia indulges the demanding duo’s every whim in a desperate attempt to protect them from extinction.

Seeing how Micko and Baza continue to take advantage of Amphibia’s all-expenses-paid hospitality, Jan and Dean decide to invent a translating app that soon exposes the ugly truth about their voracious visitors!

And, in “Swampy Thing,” Dr. Knutt gatecrashes Jan, Dean, Amphibia and Widget’s movie-night sleepover party and insists on watching a horror movie—about teenagers who are stuck in an abandoned cabin, then get terrorized by a ravenous creature from the Black Swamp. When the screening is over, however, they begin to notice a creepy silhouette lurking and hovering just outside their cabin—and it looks just like the Swampy Thing that terrorized the beleaguered teenagers in the movie they just watched!

Jan, Dean and their friends soon realize that things aren’t always what they seem, indeed. INQ