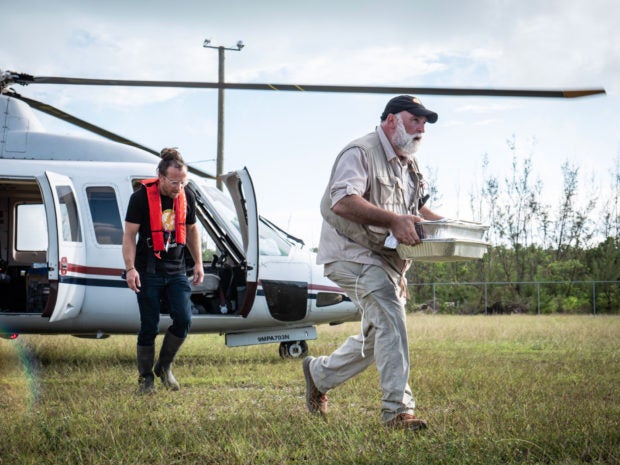 National Geographic and director Ron Howard are teaming up to produce a documentary film that will follow chef and humanitarian José Andrés on his missions providing food and meals to victims of natural disasters and other crises.

Andrés, who is best known in the food world for his Michelin-starred restaurant Minibar in Washington DC and his many TV appearances, will be the subject of a feature-length documentary, not for his role as a chef, but for his work as a “food-focused first responder.”

Over the last few years, Andrés has coordinated relief efforts through his nonprofit organization World Central Kitchen, flying into zones hit by earthquakes, hurricanes and, most recently, cruise ships docked and quarantined due to COVID-19.

Once there, the chef and his teams of volunteers prepare and hand out healthy meals to victims displaced by disasters. For his work in the wake of Hurricane Maria in Puerto Rico in 2017, Andrés made Time magazine’s list of most influential people 2018. So far, the organization says they have distributed more than 16 million meals to date.

For their latest project, National Geographic Documentary Film, together with Howard, will follow Andrés and his brigade of staff and volunteers around the globe as they join the front lines of disaster-response teams delivering hope and solace in the form of food.

“Serving people a plate of fresh food after a disaster is more than just about calories to fill them up. A hot meal is comfort, dignity, hope—a sign that someone cares and that tomorrow will be better,” said Andrés in a statement.

“From Puerto Rico to the Bahamas to Mozambique, I’ve seen how important quick action and constant adaptation are to reach communities in need with the urgency of now. I’m excited to work with National Geographic, along with Ron and the Imagine team, to tell World Central Kitchen’s story and show how powerful food is in the fight to heal people and the planet.”

The film is not yet titled. CL /ra

Tom Hardy to read more ‘Bedtime Stories’ for the BBC