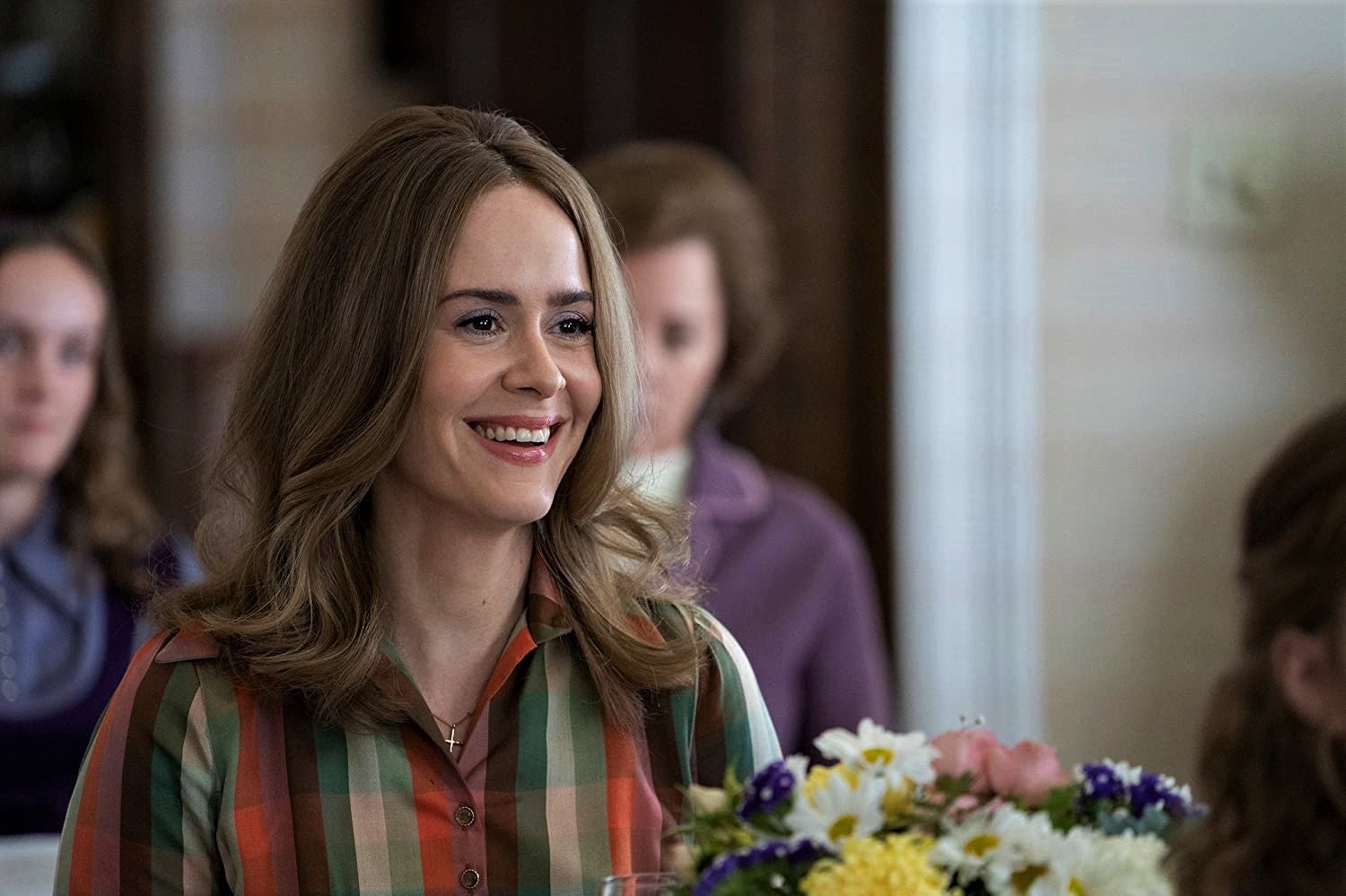 Sarah Paulson as a fictional character in “Mrs. America,” a miniseries full of true-to-life characters, from Gloria Steinem to Betty Friedan —PHOTO COURTESY OF FX

LOS ANGELES—On this Easter Sunday, I quote Helen Keller: “Although the world is full of suffering, it is also full of the overcoming of it.”

“I can talk about Jon Jon Briones for hours,” enthused Sarah Paulson when I asked her about working with the Filipino-American actor in the coming TV series, “Ratched.”

Sarah plays Nurse Mildred Ratched in the origin story, if you will, of the cold, heartless tyrant that Louise Fletcher played so memorably in the 1975 film adaptation of Ken Kesey’s novel, “One Flew Over the Cuckoo’s Nest.” That movie won Oscar and Golden Globe awards, including best picture, actress (Louise), actor (Jack Nicholson) and director (Milos Forman).

Jon Jon and Sarah have become among Ryan’s “regulars” in his productions.

“He’s so talented, so gifted,” Sarah added about Jon Jon, whose stage credits include his excellent performance as The Engineer in the West End and Broadway revivals of “Miss Saigon.” “He’s this actor who’s been working all the time, but he’s certainly not a household name. But I think that’s going to change when the show comes on. He has a very big, fat, juicy part, which he absolutely destroys with greatness. He is so wonderful.

“Jon Jon is as talented and wonderful as he is as a person. And he’s an extraordinary dancer. The little bit of dancing that he gets to do on our show was, for me, a real highlight. I got to spend a whole day watching him and Judy Davis have this very wonderful dance that he got to do.

“I loved working with him. I can’t wait for everybody to see him in our show. He was one of my favorite things about ‘Versace.’ I remember calling Ryan Murphy and saying, ‘Who is this guy who’s playing Andrew Cunanan’s father?’ He said, ‘Oh, that’s Jon Jon. I’m thinking about putting him in ‘Ratched.’’ I said, ‘Oh, you must.’ And I hadn’t even read the ‘Ratched’ scripts yet then.”

On playing a role originated by Louise, Sarah said, “I certainly think they’re very big shoes to fill. Louise Fletcher obviously won an Academy Award. She’s a towering presence in that movie and something that casts a large shadow for me in terms of how to make it my own and at the same time be honoring her invention of this character.

“This show predates the movie by many years. This is the ‘40s. So it’s about the earlier life of Mildred Ratched and you learn how and why she became the way she became. And that was really dark, sometimes quite twisted, sometimes quite moving. It’s not what you think it is. There’s a whole story that you’ll learn that is pretty exciting and surprising.” 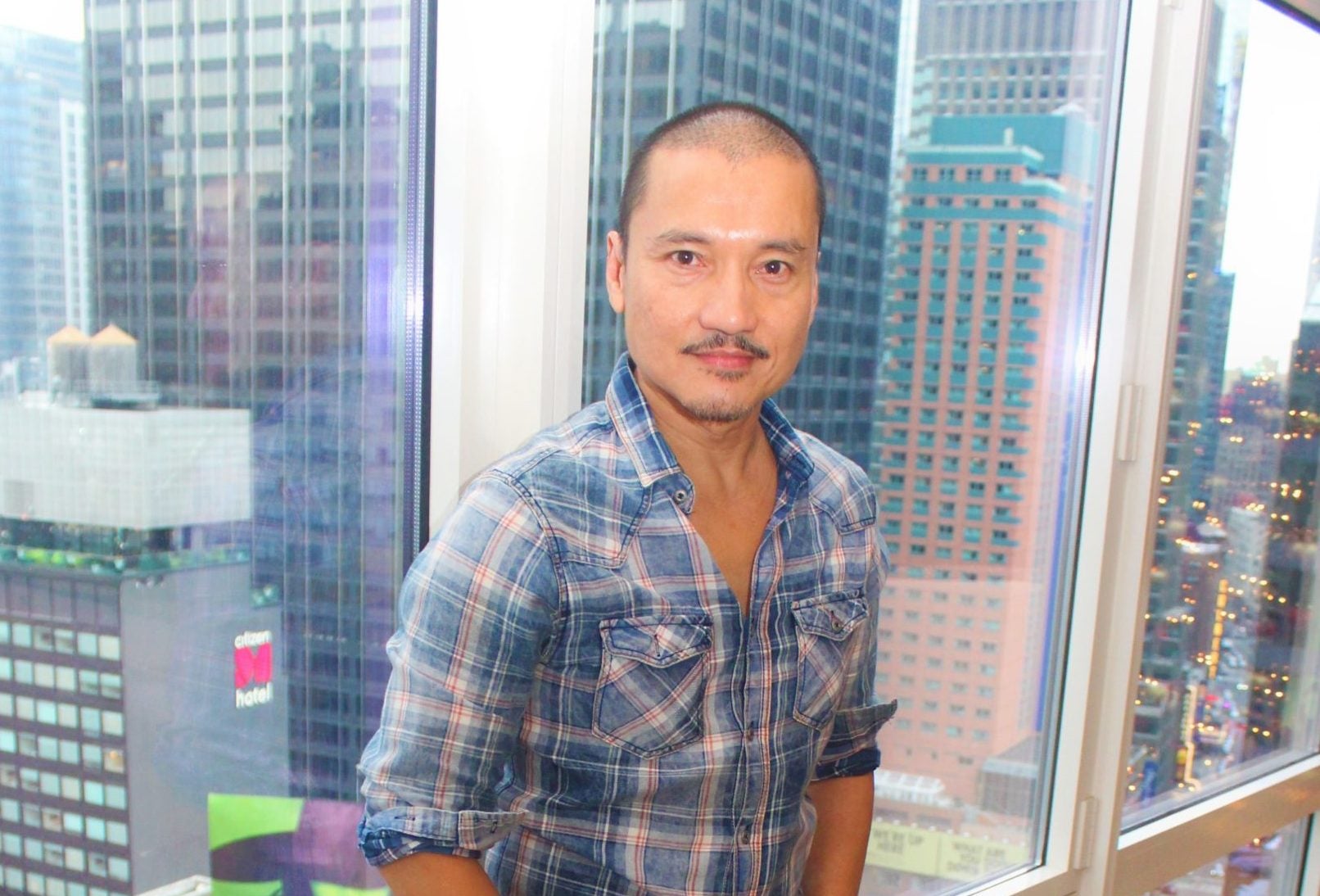 I spoke via video conference with Sarah, who won Golden Globe and Emmy best actress honors for playing Marcia Clark in Ryan’s “The People v. OJ Simpson: American Crime Story.” At one point in our chat, Sarah—looking lovely and glowing on our laptop screen—showed me her brand-new pet, an adorable black puppy (a papillon chihuahua mix).

“Winifred is her full name, but I call her Winnie,” Sarah said as she cuddled her source of solace in these trying coronavirus pandemic times. “I’m taking great comfort in how much I can squeeze her. I’m probably squeezing her for every person I can’t touch in my life that I would like to. I’m just giving her extra hugs, so she’s going to be the most spoiled rotten little dog in the world. I’m thinking of all the animals around the world now that are so happy their parents are home.

“My dog is going to be thinking this is what it’s like and this is not what it’s like. I am usually not home as much. So I think it will be a rude awakening for her, but I’m absolutely squeezing her as tightly as a person possibly could.”

Sarah, relaxed in her home, smiled as she continued, “Look, she’s very sleepy. You are like sitting on a table. Is this the new world where you get to sit on the table? Oh well, the times are crazy. The dog gets to sit on the table.”

“I got her eight days ago,” Sarah explained. “I went out, put on gloves and a mask, put my hair up in a hat. I didn’t even see her on the website of the rescue organization. I just got there and they showed her to me and I just thought, I have to take her. She’s 6 months old. She’s really sweet.”

Sarah stars in “Mrs. America,” a new FX miniseries exclusively on Hulu, which dramatizes the true story of the movement to ratify the Equal Rights Amendment (ERA), and the backlash steered by a conservative woman, Phyllis Schlafly (Cate Blanchett).

Sarah recounted one rousing scene, an example of the feminist era in which Tracey, as the writer and activist Friedan, figures in: “I remember when we shot a scene at 4 in the morning in the Huston Convention. When Betty stands up, that was a big moment more for her character in terms of doing something that was not easy for her to do, which was relinquish some of her power. It was important for Betty to feel that people respected her real contribution to this movement, which was enormous. 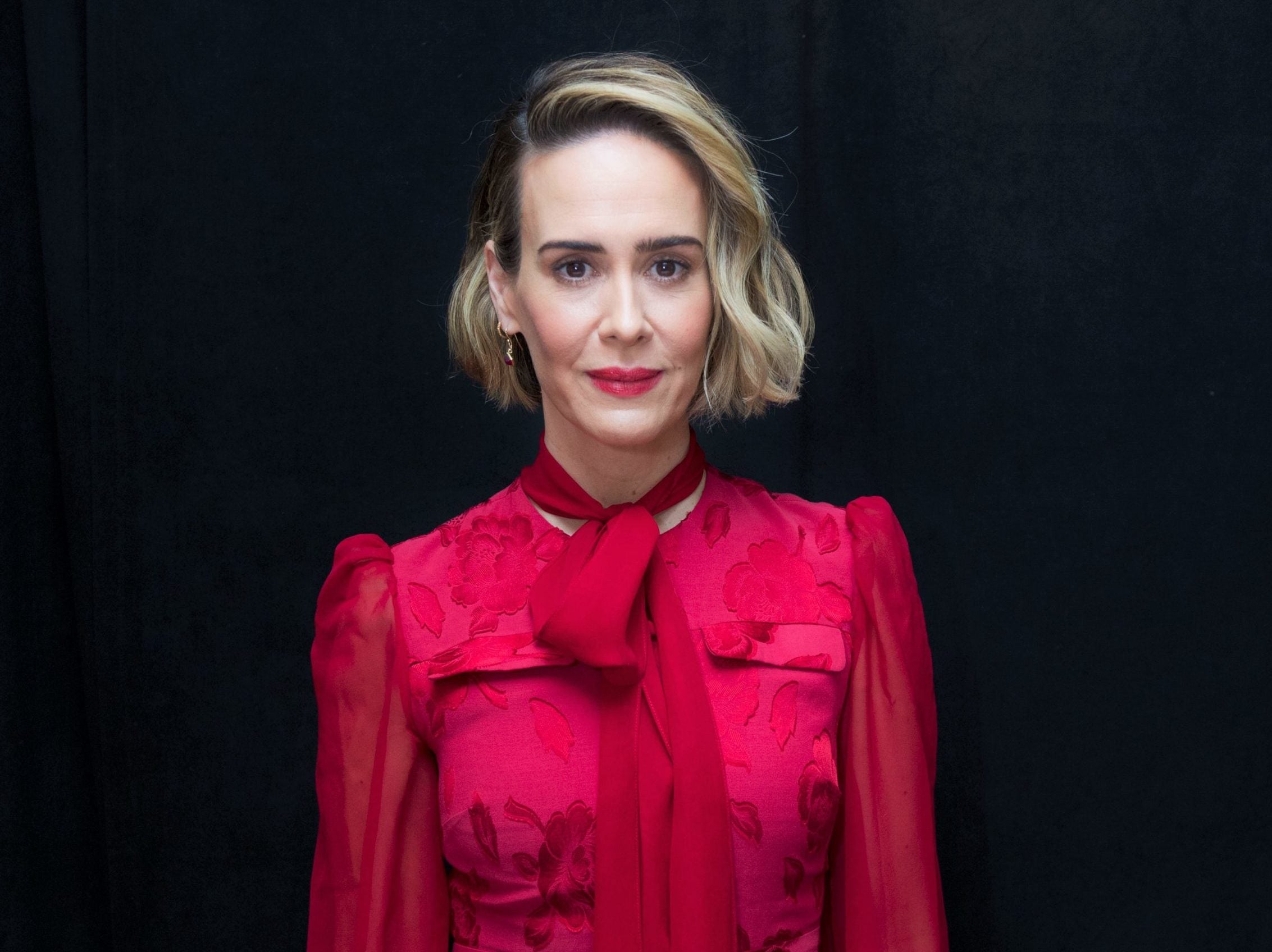 “As everybody started coming up and Gloria started getting more press, I think it was threatening to Betty. So it was a very big, powerful moment for gay women to feel that they had a place and a seat at the table, as it would be for any group of people. And Betty doing that gave it an enormous weight and obviously was effective and very moving for a lot of people who were there.”

Ever gracious, Sarah complimented her costar: “I feel so excited about Tracey’s work in this show. So many people know Tracey for all of her extraordinary comedy, but to see her do something with such emotional depth and all that, that’s the kind of actress she’s always been. She was given an opportunity to do that and remind audiences of her extraordinary, powerful gifts.”

Asked how much has changed since the ERA movement and how relevant this miniseries is for young girls and women, Sarah commented, “Any time a moment in our history can shine a light on some of the things we’re contending with today. You can dramatize that in a way that makes it accessible for people and they see familiar faces talking about issues that were very present at the time.

“We still haven’t ratified the ERA. It’s a wild notion to think that after all this time, that is still something worth fighting for. It was an incredible opportunity to dramatize something from our country’s history in both exciting and sad times that we would have to fight that hard just to have our voices heard in equal measure to that of the men.

“But with what happened in 2016, and the rise of the #MeToo movement, here we are yet again still fighting for some of the same things—parity in pay. It’s a wild thing. Because every square foot you get, you think, wait, didn’t we? Oh my God, the fact that we were fighting for all of this then, it’s kind of sobering in a way.

“Because you do recognize how much there still needs to be done and what an extraordinary thing it is for all the women out there who are continuing to fight, show up and make their voices heard without consequence. We are so lucky in the United States that we are able to do that freely, even though we still haven’t achieved equality.”

On how she is coping with the lockdown because of the coronavirus pandemic, Sarah answered, “I’m in a very enviable position in the sense that I have a home I can stay in. I don’t have to worry about my financial reality at the moment. I have a job waiting for me when we are able to begin all that again. So my anxiety is different from so many of the people in the world who are struggling in a very real way, whose anxieties are not mundane ones like for me—will I be able to take a walk outside?

“These are people who are not sure how they’re going to pay their rent and medical bills, are unable to see their children or parents. So I’m handling it just fine. I’m absolutely going a bit stir-crazy. I can’t deny that, but I am constantly reminding myself how grateful I am to have a roof over my head and to not be overly concerned about my financial and working life.

“That puts me in a very rarefied lucky position. I’m aware of it. So for every moment I have a bubbling of anxiety, which certainly happens, I try to counter it with my gratitude.”