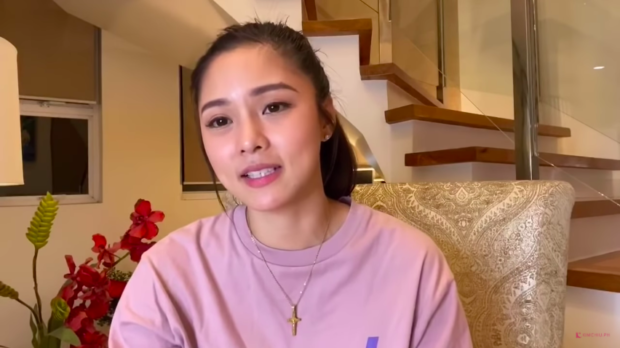 Kim Chiu answered some people’s speculations about the shooting incident she was involved in weeks ago. Image: screengrab from YouTube/Kim Chiu PH

As people stay indoors due to the enhanced community quarantine, actress Kim Chiu took the time to recount the shooting incident she was involved in three weeks ago to answer some allegations thrown her way by some netizens.

The “Love Thy Woman” star stressed that the incident was not a “fake ambush” staged just for publicity’s sake, as per her YouTube video yesterday, March 27.

Motorcycle-riding gunmen opened fire at Chiu’s van in Quezon City on March 4 while she was on her way to a taping. Chiu declared on her vlog that it was a miracle that she and her companions survived the shooting with nary a scratch.

To address some speculations about how she survived, Chiu said that her van was not bulletproof.

(In our line of work, we do not need a bulletproof vehicle. All I want is [a car where] I can put all my stuff for taping and a place where I can store everything I need, that is why I have that car, and it’s not bulletproof.)

On how she coped with the incident

Chiu said that it is not in her usual nature to answer people’s comments on social media. But after reading a comment asking why she seemed “happy” on her post online just a week after the incident, the “Love Thy Woman” actress defended how she coped with the incident”s aftermath.  The commenter said that if they underwent what Chiu experienced, they would be in hiding for a month.

(We all have different ways of coping with problems, stress and trauma because we are all different people.)

Chiu also recalled a “debriefing” with a counselor who assured the actress that her way of processing the event was okay.

(While you are speaking, I see that you have no trauma. How you coped [with the incident] is okay and the reason why you went straight to taping is because it is your instinct to do so.)

Chui took a swipe at those claiming that the incident was a “publicity” stunt. She said she would not risk the lives of the people who have been taking care of her for years, who she already considers as family, just for the sake of getting more publicity.

“Kailangan ba talaga may matamaan, may mamatay, merong masaktan para sabihin niyo na totoo yung nangyari (Do we need someone to be hit, to die, to get hurt before you can say that what happened was true)?” she asked.

The actress also denied that she received money to undergo the “fake ambush.” She rebutted that if the bullet did hit her, what would be the sense of getting the money?

Chiu revealed that the night after the incident, the person who was supposed to be “the real target” of the shooting apologized to her through one of her bosses.

The person apparently also considered being interviewed regarding the incident, but decided against it for own safety.

Lastly, the actress said the incident made her faith stronger and she is grateful now more than ever to be alive.

Meanwhile, Chiu’s fellow actor in “Love Thy Woman,” Christopher de Leon, tested positive for COVID-19 on March 17. After De Leon announced his COVID-19 test result to the public, some of the cast and crew of the drama TV series were advised to place themselves under self-quarantine.  /ra