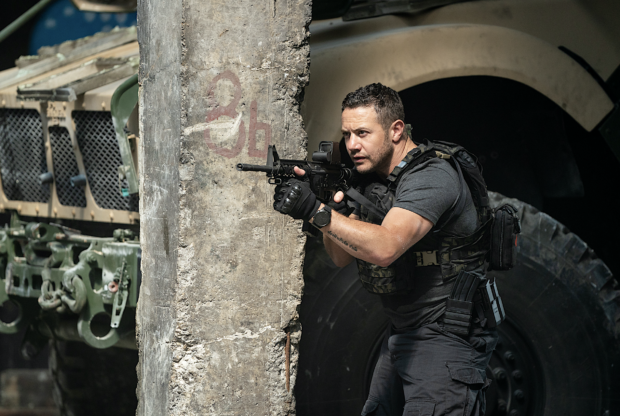 Warren Brown in “Strike Back”

It’s never easy for any actor to say goodbye to a character he has grown to love—and Warren Brown is no exception.

This shocking turn of events happened while Mac was pursuing Bosnian Muslim terrorist Zayef Hiraji (Alec Secareanu) during a one-man, do-or-die mission in Munich. But we only learned that Mac finally kicked the bucket in Episode 6. (The show airs Saturdays at 11 a.m. and 11 p.m. on Cinemax and HBO Go.)

“I was always aware of the journey that my character was going to take and where it was going,” Warren admitted when asked for his reaction to Mac’s death on the script. “But reading about [how he dies] was a different matter altogether.

“I remember being with Dan (Daniel MacPherson who plays Sgt. Samuel Wyatt) and Alin (Sumarwata, who portrays Cpl. Gracie Novin) … we read it all at the same time at my place, and there might have been people crying.

“But I must say that the scripts were fantastic, allowing the characters to go out with a bang! Episodes 5 and 6 were quite unexpected, as I’m sure you’ve noticed that they weren’t the traditional ‘Strike Back’ episodes viewers normally see. 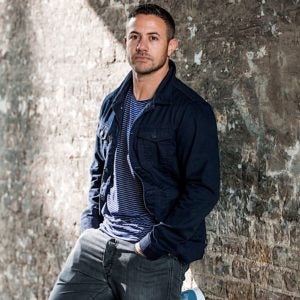 “Episode 6 played out like a psychological thriller because you didn’t know what was going on. And it continued to ramp up its [viewability] till the end. Viewers will no longer see me in the last couple of episodes, but I actually went back to the set to do a bit of directing for the second unit—which is something I’d love to do in the future.

“And even as the show incorporated a bit of drama in it, it still had all the ingredients that endeared ‘Strike Back’ to its avid followers around world—nonstop action, explosions, stunts, etc.

“It’s the best season yet, so the cast has mixed emotions about saying goodbye, but we’re all super grateful for this whole experience.”

Warren said it would be hard to say goodbye to the series when it wraps up its final season on April 18.

“We’ve all gotten so close over the last few years,” Warren mused. “We shot some scenes where the characters were all saying goodbye to one another. After all, there’s so much of ourselves that we have invested in the show. And seeing the characters ripped apart for real was [no walk in the park]. There was a lot of realism in the acting because emotions were running high. It was terribly sad.”