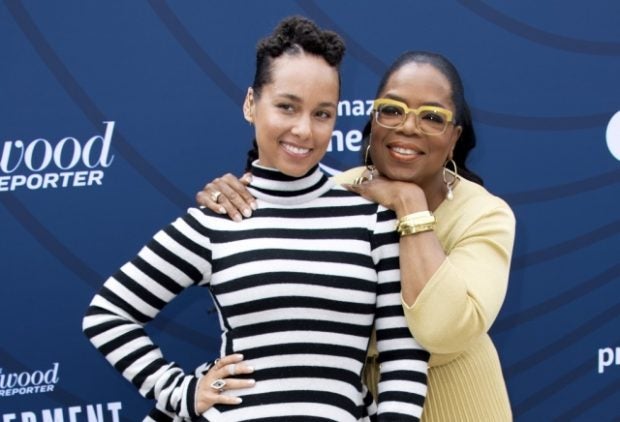 Alicia Keys announced that her debut autobiography, “More Myself: A Journey”, will be adapted into an audiobook, with both editions being released on March 31 via Flatiron Books and Macmillan Audio.

The upcoming autobiography offers a “360-degree perspective” on the American singer-songwriter’s path, from her formative years through “the process of self-discovery she’s still navigating.”

“More Myself: A Journey” is described as “part autobiography, part narrative documentary,” although Keys warns her fans that the book is not a memoir per se.

“You know what’s really interesting is just recalling all of these places and spaces and the moments in your life that cause you angst or anxiety or proud moments, or things you have to work through. And I wanted to call it a journey because I did not, I do not want it to be called a memoir,” she told former TV host Oprah Winfrey back in March 2019.

While “More Myself: A Journey” was originally due in November, the autobiography will now hit bookshelves along with an accompanying star-studded audiobook.

“This audiobook has so much amazing energy, I’ve never experienced something so intimate. It’s nuanced and surprising and musical and emotional! I love it, and I am grateful to all my friends and loved ones for joining me on this ride. Recording this was a meditative experience, and I cannot wait for the world to hear my story from my own voice,” Keys said in a statement.

The Guy Oldfield-produced audiobook will include contributions from Oprah Winfrey, Jay-Z, Bono, Michelle Obama, as well as members from Keys’s family.

Fans will also have the opportunity to discover previously unreleased musical recordings that detail the recording process of the multiple Grammy winner, including song ideas and musical riffs.

In other news, Keys recently announced that she was postponing her “More Myself: A Journey” book tour, during which she was slated to hit stages in four cities beginning on March 31 in New York.

She is also putting on hold her plans to release her much-anticipated seventh album, “ALICIA”, which was originally due on March 20.

My Beautiful Fam, ⁣
⁣
The #MoreMyself Tour & my album #ALICIA will be postponed (Good Note: book will still be available on 3/31🙏🏽) ⁣
⁣
Everyone’s health and safety is the #1 priority! Thank u for ur deep love, I’ll let u know about new dates soon. Stay powerful! I adore u 💜 pic.twitter.com/yw6PUbUs8s

In an effort to comfort self-isolated fans, Keys shared her cell number on Twitter, explaining that “I want to find ways to continue to connect with you. I really have love for y’all… I’ll be sending voice notes and maybe even sing [you] a little song.” RGA