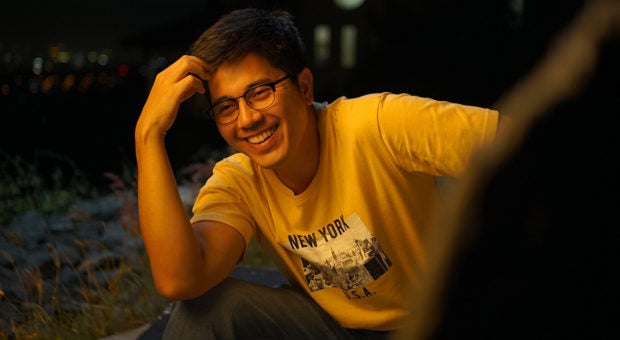 Harold and I are alike. Despite giving a relationship everything we got, we would still be left behind by the person we love.”

This, in a nutshell, was how actor Paulo Avelino said he was able to relate to his character in Prime Cruz’s romantic-drama movie, “Ngayon Kaya.”

“Si Harold, effort magmahal. He would triple his effort at work to be able to support his family. With just one call from the person he loves; lambingin lang ng kaunti, and he will be there,” Paulo explained. “The film shows us that men get hurt, too. When they do, they cry for weeks. Some even cry for months, for years.”It wasn’t clear, though, whether these pronouncements have anything to do with his relationship with Australian-Filipino model Jodie Tarasek, whom he has been dating for over two years now. Paulo is very secretive about his relationship with Jodie, in spite of being one of the most visible actors in local Tinseltown.

“When you’re young and in love, you don’t know how to express your emotions. You let it (chance) pass. It’s partly because of your youth, but it also depends on the person,” the 31-year-old actor pointed out.

As to why Paulo was motivated to accept the movie, he pointed out: “Aside from the film being beautifully shot and lovingly written (by Jen Chuaunsu), it is very relatable. I’m sure everyone has a lot of ‘what ifs’ in their lives.”

In the movie, Harold is a shy college student from the province who develops a close bond and a secret love for his friend AM (Janine Gutierrez), a rich city girl who is passionate about her dreams.

With their contrasting personalities—Harold is disillusioned while AM is idealistic—and complications in their personal lives, the two never get past the stage that they describe as “more than friends, but less than lovers.” Eventually, they separate. 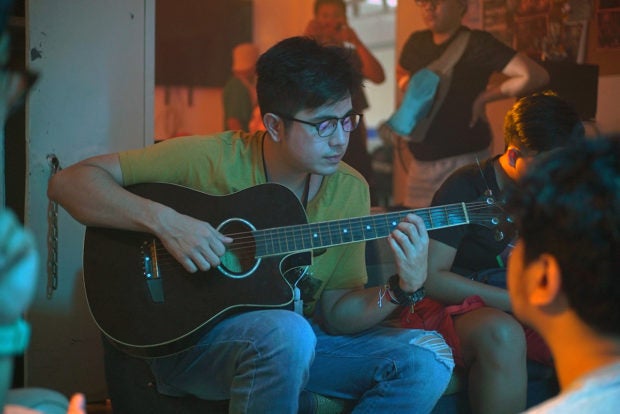 Reunited after five years, AM and Harold spend fleeting hours wandering around their old haunts and wondering about their old selves, making Harold’s next-day flight the biggest “what if” of their lives.

Paulo’s own production outfit WASD Films is coexecutive producer of the movie with T-Rex Entertainment.

Paulo is extremely proud of the fact that he was being cre­dited for thinking of the film’s title. He shared with Inquirer Entertainment how his suggestion ended up being picked: “We were already on the set, and we’re still thinking of a title. As a cast member and coproducer of the film, I thought, what if ‘Ngayon Kaya’?’

“To me, those two words convey so much emotion and meaning, and all of these you will see in the movie. I fought long and hard for it. I was glad that my suggestion eventually became the final choice.”

The tandem of director Prime Cruz and writer Chuaunsu is also responsible for bri­nging to the big screen films such as “Sleepless,” “Ang Manananggal sa Unit 23B” and “Isa Pa with Feelings.”

“Ngayon Kaya” also stars Alwyn Uytingco, John James Uy, Donna Cariaga, Shara Dizon and Rio Locsin. It is an official entry in the first Summer Metro Manila Film Festival (SMMFF), which was originally slated for April, but had to be postponed indefinitely follo­wing the government’s directive for a Luzon-wide community quarantine to help contain the new coronavirus (COVID-19) pandemic. INQ