MADRID — Plácido Domingo announced Sunday that he has tested positive for the coronavirus. 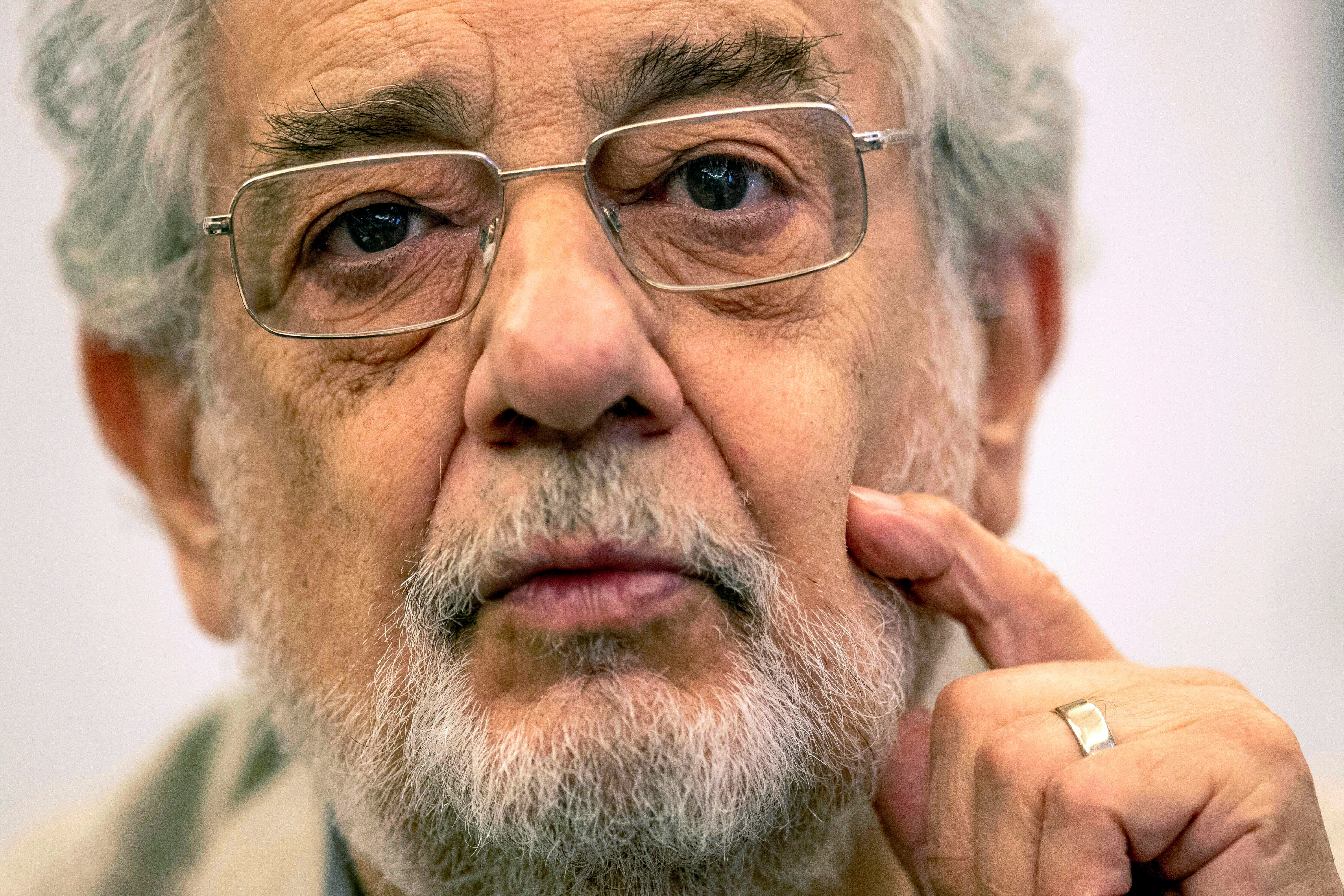 FILE – In this July 12, 2019, file photo, opera singer Placido Domingo speaks during a news conference about his upcoming show “Giovanna d’Arco” in Madrid, Spain. Two opera singers who have accused Domingo of sexual misconduct reacted angrily to his claims in recent interviews that he never behaved improperly and always acted gallantly and like a gentleman with women. Angela Turner Wilson and Patricia Wulf issued a statement Tuesday, Dec. 3, 2019, saying they found Domingo’s comments and his “continued failure to take responsibility for wrongdoing” to be disappointing and deeply disturbing. (AP Photo/Bernat Armangue, File)

The 79-year-old opera singer’s illness comes after his own glittering career had recently been stained by sexual misconduct revelations.

The Spaniard said in a post on his personal Facebook account that “I feel it is my moral duty to announce to you that I have tested positive.”

The tenor says he and his family are in self-isolation and that he is feeling well despite having fever and a cough.
“I beg everyone to be extremely careful, follow the basic guidelines by washing your hands frequently, keeping at least a 6 foot distance from others, doing everything you can to stop the virus from spreading and please above all stay home if you can!” he said.

Last year, multiple women accused Domingo of harassment and abusing his power while he held management positions at Los Angeles Opera and Washington National Opera in stories published by The Associated Press.

After first denying any wrongdoing, Domingo issued an apology last month when the American Guild of Musical Artists and LA Opera found the sexual harassment allegations against him to be credible.

He has since had a number of performances canceled. He also resigned as the director of the LA Opera.

Spain is the third hardest-hit country after China and Italy with 28,572 infections and 1,720 deaths in the virus outbreak.

For most people, the new coronavirus causes only mild or moderate symptoms, such as fever or coughing. For some, especially older adults and people with existing health problems, it can cause more severe illness, including pneumonia. Some 93,800 people have recovered, mostly in China.

The virus has infected several leading politicians in Spain, and the prime minister’s wife, as well as caused the death of former Real Madrid soccer club president Lorenzo Sanz.