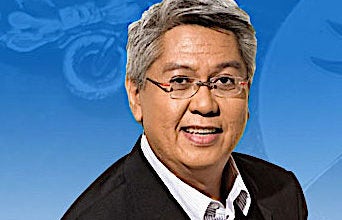 As local music artists coop up in their own homes, away from their beloved stage, they turn to social media and continue to do what they do best—but this time, for a worthy cause.

As announced in his Facebook account, National Ar­tist for Music Ryan Cayabyab and other concerned industry colleagues are spearheading a fundraising project called “Bayanihan, Musikahan”—a series of online mini concerts that aims to help the less fortunate and most vulnerable sectors of society amid the ongoing coronavirus pandemic.

The initiatives adapt a format similar to that of viral internet challenges. For the next two weeks, participating music acts will go online to play 15 to 30 minute shows using Facebook Live—and then tag others to follow suit.

Each session will be linked, saved and uploaded to the “Bayanihan” official page, also on the said social networking site. “It’s going to be a chain of shows. And it’s going to grow and grow until we have a collection of Facebook shows the fans can choose from,” Cayabyab told the Inquirer in a phone interview. Because everything will be accessible online, viewers have the freedom to consume the content they want, when they want it. “There’s a strict time slot or schedule for the shows. If they miss a live performance, they can go to the official page and watch the recorded version. It’s up to them what they want to see at their own pace,” he explained.

The acclaimed compo­ser-conductor, who introduced “Bayanihan” on March 18, tagged Ebe Dancel, Yael and Karylle Yuzon and Top Suzara, to kick off the series.

As they go about their respective Facebook shows, the artists will urge fans to donate to the organizations “Bayanihan” has partnered with—Likhaan, Samahan ng Nagkakaisang Pamilya ng Pantawid and Caritas Manila.

“Those three, collectively, tend to some 250,000 families in different communities around Metro Manila. We hope to raise funds to provide them with food packs and medical supplies,” Cayabyab said.

“We also plan to put up quarantine spaces—should the need arises—in barangays that will be in need of them most. We will be coordinating with local government units for this,” he added.

With the entire Luzon placed under an enhanced community quarantine, not a few musicians suddenly found themselves jobless in the next couple of weeks. However, they’re well aware that the pandemic’s impact on their livelihood isn’t as grave as what the everyday Filipino has to endure. “This is something we have never experienced. All of us are affected, musicians have also stopped working. Still, a lot of us can afford to stay home. Not everyone has that privilege. Not everyone understands that some people have no choice but to go out, because, otherwise, they don’t get to eat, or they lose their jobs,” Cayabyab pointed out.

“Some things are still in disarray. That’s why we’re appealing for help,” he added. “That’s why we banded together. We want to lend our voices and extend our hands to them. We want to make them feel that we’re going through this as one.”But more than the material assistance, Cayabyab also hopes that “Bayanihan” and the music it brings could provide some respite in these trying times. “We want to lift people’s spirits up, make them happy—even for a brief moment,” he said. INQ