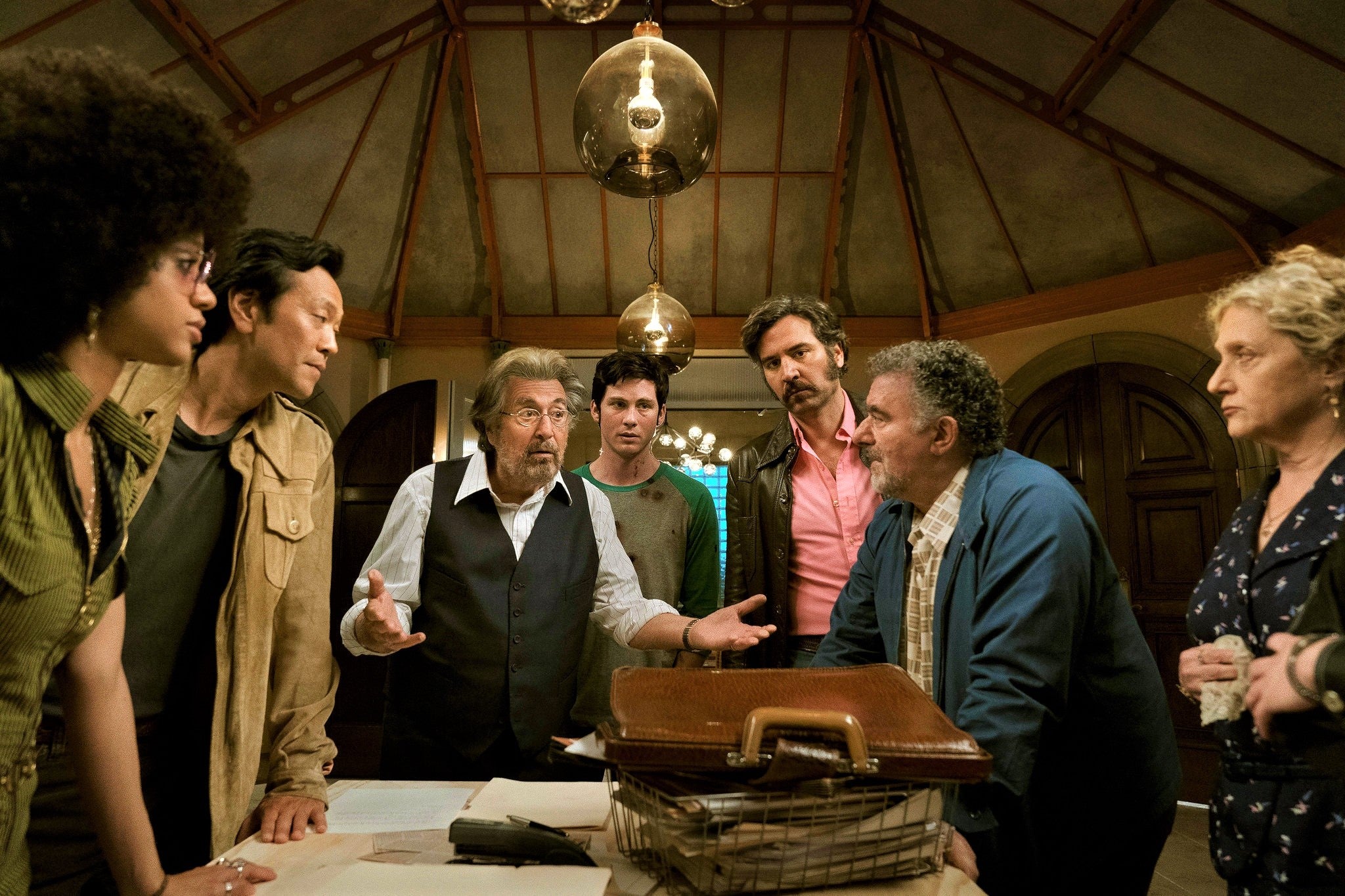 Logan, 28, holds his own opposite Al, the legendary actor who turns 80 next month. In Amazon’s new show created by David Weil, it is the late 1970s in New York where a secret group of Nazi hunters, led by Al’s Meyer Offerman, is fighting a cabal of Nazi officials who are hiding their past history, but are working to create the Fourth Reich.

When Logan, whom we interviewed jointly with Al, said that he enjoyed working with his iconic costar for five months, the veteran actor returned the compliment: “That’s really saying something—that we were together for about five months. He’s not kidding. You love to hear that, don’t you? Let’s face it. Somebody says to you that they really liked you. They saw you sometime, and you were nice to them. Because one of the first things I say is, ‘Was I nice to you?’ ‘Oh yeah, you were very nice.’

“Of course, you meet a lot of people, but to hear this is great because I love Logan. I love working with him. He’s great in this film, and he’s great to work with. He’s a real artist. And he’s young. It’s just a wonderful experience, really. I don’t usually talk like this in front of people, but he’s been so good.”

Logan, whose credits include “The Perks of Being a Wall­flower” (with Emma Watson and Ezra Miller) and the “Percy Jackson” movies, recounted meeting Al for the series: “It was different for me because I was meeting Al for the first time. First of all, Al is so humble and kind. I know it’s awkward talking about you in front of you, but (turns to Al) …”

“You are in icon,” Logan continued, addressing his gracious costar. “You are someone all actors revere. And you’re someone that I grew up with and appreciate. You’re one of the reasons why I wanted to do this. So to meet you, I wasn’t sure who I was going to be meeting. I didn’t have expectations, but Al is the most disarming presence. He’s humble, sweet, kind and hardworking. I like to work hard, too.

“Al was so dedicated and open to exploring these characters and talk about them. It really was a good collaboration.”

“It’s very similar. Friends would be like, ‘How was your first or two weeks?’ Or whatever it was. I was like, ‘We have similar approaches.’ Then, they got upset with me and said, ‘You and Al have similar approaches? Sure!’ But there’s so much that I learned from him. It’s hard to articulate the specific things. And so much of it is personal, as well, that I wouldn’t necessarily reveal it to people.”

“I’ve seen most of them,” said the Beverly Hills-born actor about Al’s impressive filmography. 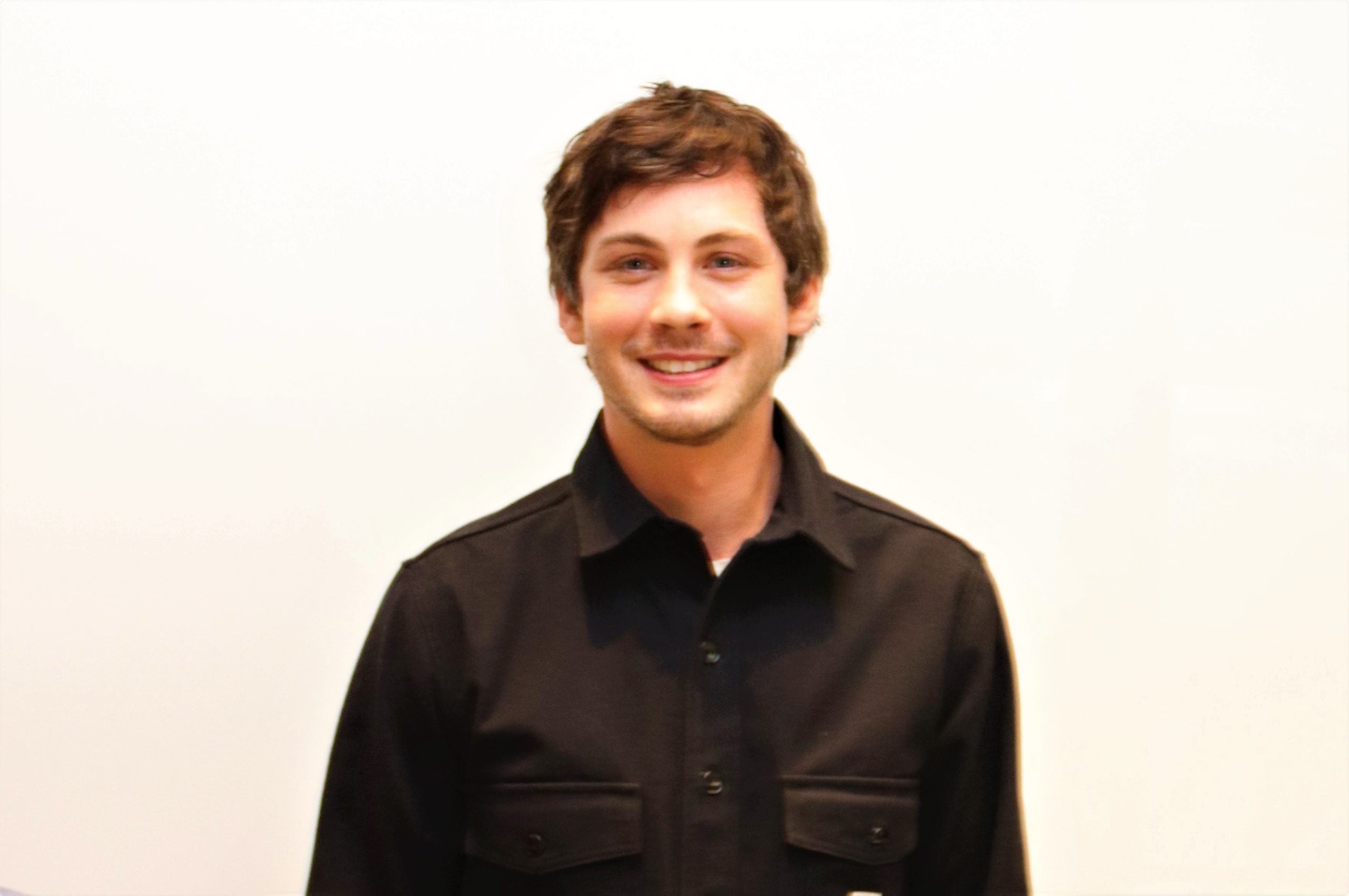 But when pressed which of Al’s film performances is his favorite, Logan grinned and reacted with, “Oh my God, his greatest performance? It’s hard to lump it together. For me, I just appreciate Al so much as an artist. And in all of his performances in every film, there’s something there.

“There are different movies that I connect to more than others at different times in my life. So it’s hard for me to nail that down, but I love his work so much.”

On what attracted him to “Hunters,” aside from the chance to work with Al, Logan replied, “It was most attractive to me when figuring out whether or not I wanted to be a part of this series—the question about morality at the center of it. Does it take evil to fight evil?

“Do you have to become a bad guy in order to effectively combat the bad guys? That’s what attracted me to it and what separates it from other projects in film or television of a similar nature.”

“No, clearly not,” Logan laughed when asked if he is a good dancer in real life. He dances in a scene in “Hunters.” “Well, to be honest, I haven’t seen that scene yet.”

He reminded Al what scene that was: “Where I have a dance sequence, where my character gets high, then at the beach with his friends, there’s this whole dance sequence with all these people who join in (laughs).

“Like, where does this [dancing] fit in here? And I love the ambition of the idea. I wanted to incorporate that kind of sequence into a series like this. It seemed exci­ting to me.

“But I didn’t have much prep time. I’m a terrible dan­cer. So, I was a little crabby that day. I was a little frustrated with myself. But I think it turned out fairly well, hopefully.”