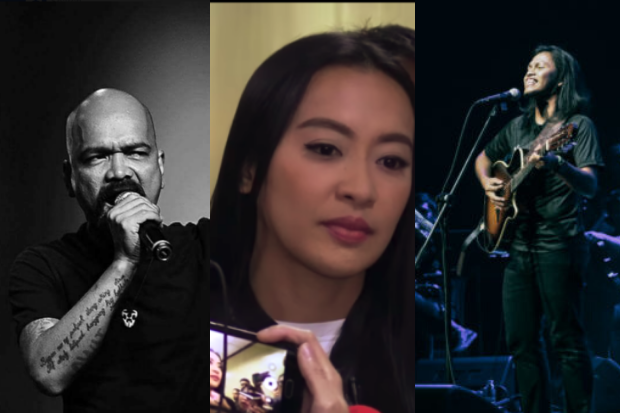 Director Antoinette Jadaone called on netizens to report “Mocha Uson Blog” every day at 8 p.m. after an expert reportedly told her that Facebook would notice it more if people filed their reports within a short time frame.

“HOOOOOOO READY NA KAMI!!! WORK FROM HOME BA KAMO??? ETO DAMI RIN KAMING TIME TEKA LANG (We are ready now! Work from home, huh? Well, here we are with lots of time as well, just you wait),” Jadaone said on Facebook as seen on screenshots shared by one Kevin RD.

Singer-songwriter Bullet Dumas supported the director’s call and asked “keyboard warriors for a good cause” to join the mass reporting of the page.

“Ito na ata yung thing called Tadhana (Maybe this is what they call the thing called destiny),” he quipped on Facebook yesterday, March 20.

In the following Facebook post, Dumas called on even the apolitical to report the page as well, claiming they all know that Uson is the “fake news queen.”

“Mocha Uson Blog,” which had over five million followers, became unsearchable shortly after last night’s mass reporting. It is unclear, however, if the page was temporarily deactivated or permanently disabled by Facebook.

Radio jock Czarina Balba, popularly known as DJ Chacha, also weighed in on the situation and took a swipe at the Owwa deputy administrator.

(Not today. Real people are in quarantine now. If we can win Miss Universe via online voting, what more for this one?)

After the said Facebook page became unsearchable, however, Abay called on netizens to also report its Twitter counterpart.

“Mocha Uson Blog” recently stirred controversy after taking a swipe at Pasig City Mayor Vico Sotto through a post, which Uson has since denied being the author of.

Uson said the Facebook page was managed by a group of bloggers with different opinions, claiming it is fake news to accuse her of being against Sotto because another admin of “Mocha Uson Blog” posted it using her page.

Uson has drawn flak in the past for disseminating false reports and misleading information through her blog. She was known for having shared fake reports from websites such as the now Facebook-banned Trending News Portal.

Uson claimed in an interview with UNTV back in 2018, however, that she only committed honest mistakes and did not intentionally spread fake news.  /ra