Some films set to hit local screens in S. Korea amid slowdown in virus spread 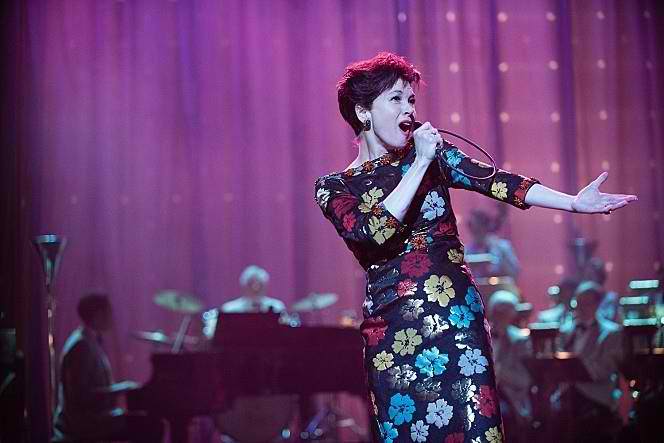 A scene from “Judy.” The Content On-Yonhap via The Korea Herald/Asia News Network

SEOUL — The virus-hit South Korean film community is gradually regaining vitality, with some movies poised to hit local screens in the coming weeks, as the country’s coronavirus infections have been seemingly slowing down.

South Korea reported an additional 93 cases of COVID-19 infection on Wednesday, bringing the total to 8,413 with 84 deaths.

“Judy,” a biographical drama film about American singer and actress Judy Garland, will be released on March 25. Renee Zellweger, who stars as Garland in the film, was awarded the Oscar for best actress last month.

The film was originally to open on March 12, but its release schedule was put off amid the rapid spread of the coronavirus.

“We postponed the release out of concerns over the nationwide COVID-19 infections,” its local distributor, The Content On, said in a release. “We have now decided to open ‘Judy’ on March 25 to meet demand from our fans who have given us constant encouragement and support.”

At the same time, a growing number of indie and low-budget films are determining their release dates in late March.

The romance “Are You In Love?,” starring Kim So-eun, will be shown on March 25 and had a media screening on Tuesday. It is a love story of a couple that falls in love after obtaining a mysterious book.

“Move the Grave,” a family comedy that satirizes the entrenched patriarchy in Korea, will premiere on the same day.

Japanese films also joined the move. The horror film “It Comes” is set to be screened on March 26, along with “50 First Kisses,” a Japanese remake of U.S. romantic comedy “50 First Dates” (2004).

Distributors of big-budget films, however, still remain reluctant to fix their opening schedules in the near future, citing lingering uncertainties.

Hollywood blockbusters, including Walt Disney Co.’s live action film “Mulan,” “No Time To Die” and “F9,” have been shelved from their original opening schedules for this spring.

Out of intensifying fears over the infectious coronavirus, the number of moviegoers in South Korea fell to a 15-year low of 7.37 million in February. Yonhap