Influencer faces backlash for ‘insensitive’ comments against workers out during quarantine 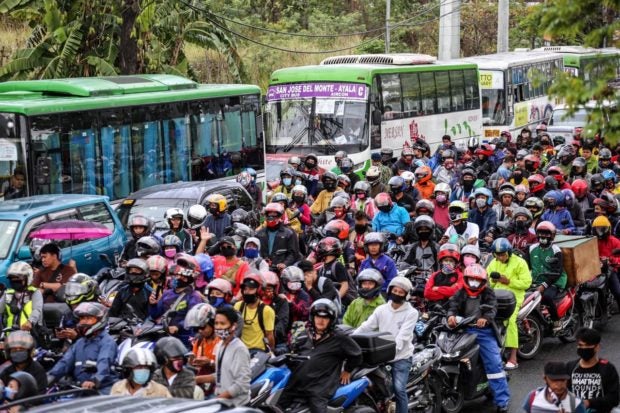 A long queue of people and vehicles forms as the military officers check every individual’s temperature and identification cards at a checkpoint between the boundary of North Caloocan and San Jose del Monte, Bulacan, during the first Monday of the Metro Manila lockdown to contain the spread of the coronavirus. INQUIRER PHOTO/ JAM STA ROSA

The implementation of the Metro Manila community quarantine saw long lines of commuters and vehicles headed to work as military officers checked temperatures and IDs at checkpoints.

For her reaction to workers stranded at said checkpoints, one influencer, Cat Arambulo, has drawn ire. She has since issued an apology, though this too has been criticized as online users feel that it did not address why her statement was called out. 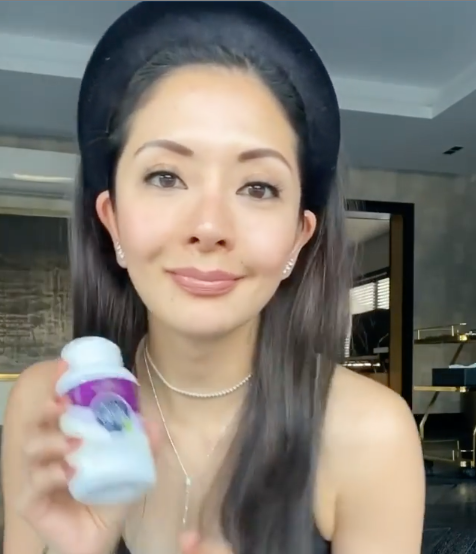 Twitter user @darnitJC managed to capture Arambulo’s Instagram Stories where she ranted while watching news of crowded checkpoints being manned by military personnel.

“Why don’t you motherf*ckers just stay at home, stay at home? Don’t you guys get it?” Arambulo is heard saying with irritation in the background.

“Tigas ng ulo (Hard-headed). This is exactly why they need the military because you f*ckers won’t stay at home. Guys come on!”

"God why don't you motherf*ckers just stay at home"

she said to WORKERS BEING ARRESTED while watching her 52 inch TV SAFE AND SECURE at home.

Arambulo’s rant has been the subject of online outrage yesterday, March 17, after the video circulated on Twitter.

Twitter user @bnanafsh said in response, “[N]ot everyone is as privileged as you, ma’am. [N]ot everyone has the means to stay in the safety in our homes. Lumalabas pagka matapobre ng tao (Her snobbishness is coming out).”

Some online users called for brands she endorses to drop her. Writer Isabella Argosino (@argowho) said, “Fyi to brands: If the kind of influencers you get are out-of-touch, insensitive folks like Cat Arambulo, that reflects on YOU and YOUR OWN VALUES. Stop signal-boosting their platforms! It’s harmful!”

“Get someone with a brain. And a heart. Not a Cartier bracelet.”

Fyi to brands: If the kind of influencers you get are out-of-touch, insensitive folks like Cat Arambulo, that reflects on YOU and YOUR OWN VALUES. Stop signal-boosting their platforms! It’s harmful!

Get someone with a brain. And a heart. Not a Cartier bracelet. https://t.co/QwotZKtPjQ

Twitter user @kbomolina shared his thoughts on the irony of what she supposedly preaches and the words she let go. “She practices yoga. She speaks about listening through logic and words of love.

“And yet this is devoid of compassion for the poor. I am at wit’s end why they could not understand that social distancing is for the rich and privileged. Shame on you Cat Arambulo.”

Following the backlash, Arambulo released a statement yesterday on Twitter.

“I would like to apologize for the harsh words I’ve used in my IG story at a very sensitive time like this. It’s just so frustrating to see that some people who have the option to stay home are still not following the [gov’t’s] efforts…Again, I’m sorry for how it sounded like but do know I only have the best intentions—our collective safety and that this will end soon. Namaste.”

She also went on Instagram Stories to explain that she was only directing her rant to “the people that are pasaway (stubborn) and not following.”

“I’m really really sorry to have to take it out on social media but like that outburst was a reflection of how I really feel about people not listening to the government,” she said.

“At this point in time, like honestly, people really need to lock down and contain the virus. I’m not saying and referring to the frontliners out there that need to get to work but what I’m saying is the people that are pasaway and not following.”

However, her statements were met with further criticism.

“Even after multiple posts, cat arambulo still didnt see what was wrong with what she said…Either she [doesn’t] know the plight of others or she [didn’t] care to know,” said one @andy_crush who reposted the video of her apology from Instagram Stories.

Even after multiple posts, cat arambulo still didnt see what was wrong with what she said

“Frustrating for YOU??? Paano pa kaya (How much more) for them eh FYI they DO NOT HAVE THE OPTION TO STAY AT HOME. They were asked to work, most of them live through a day to day paycheck,” replied one @JasmineEve.

Others encouraged her to send in donations to help those impacted by the coronavirus outbreak, such as one Justine LT Chua (@justineltchua) who linked her to a donation campaign by the Office of the Vice President for health workers.

Arambulo has issued yet another apology this noontime where she said, “In all humility and sincerity, I would like to apologize for being insensitive. I didn’t mean to undermine anyone — hurt and offend everyone. I should have been more considerate of others who are trying to cope with this crisis.”  /ra