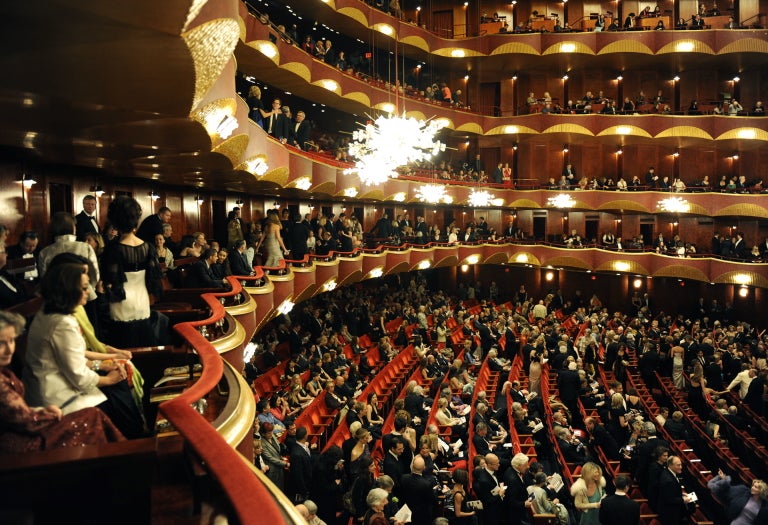 The Metropolitan Opera House will be closed through March 31 an effort to combat the spread of the coronavirus in New York City. Image: AFP/Timothy A. Clary

The Metropolitan Opera is one of the numerous cultural establishments in New York that recently closed in an effort to combat the coronavirus pandemic.

While the New York Times estimates that the Met Opera will likely lose between $8 million and $12 million in box office revenues by the end of March, the institution recently announced the launch of its free “Nightly Met Opera Streams” series.

This new offering will find the Met Opera streaming encore presentations from its award-winning “Live in HD” series of cinema transmissions on its website for the duration of the closure, beginning this Monday, March 16 with a 2010 performance of Bizet’s “Carmen”.

This opera was conducted by Met music director Yannick Nézet-Séguin, while Elīna Garanča led the cast as Carmen and Roberto Alagna as Don José.

All “Nightly Met Opera Streams” will begin at 7:30 p.m. (EST) and will remain available via the homepage of metopera.org for 20 hours.

“We’d like to provide some grand opera solace to opera lovers in these extraordinarily difficult times. Every night, we’ll be offering a different complete operatic gem from our collection of HD presentations from the past 14 years,” Met general manager Peter Gelb said in a statement.

General Manager Peter Gelb announced today that in response to the coronavirus pandemic and the cancellation of performances, the Met will offer a nightly series of free encore-presentation web streams that will bring opera to audiences while the house is dark—beginning Monday, March 16 at 7:30PM ET and available to view anytime for the next 20 hours. #metopera #update #covid19 #nyc

The launch of “Nightly Met Opera Streams” arrived a few days after the Met Opera canceled all performances and rehearsals through March 31 in an effort to slow the spread of the new coronavirus.

The institution guaranteed that the value of any tickets purchased for cancelled shows will be credited to patrons’ accounts, which can be used to buy tickets in the future for the 2019-20 or 2020-21 seasons.

The European Commission-funded OperaVision recently announced the launch of a month-long online festival of Mozart operas, freely accessible to anyone with an internet connection.

The initiative, running through April 17, will allow audiences to stream six performances from four opera companies, live and on-demand.

Among them are La Monnaie’s Da Ponte trilogy, which interlaces the stories of “Le nozze di Figaro”, “Così fan tutte” and “Don Giovanni”.

The three operas have notably been staged by the same artistic team, with most singers doubling up in two roles.

“In these exceptional circumstances of not being able to play to audiences in our theatre, we are grateful that OperaVision enables our meticulously conceived and rehearsed ‘Mozart/da Ponte Trilogy’ to be experienced through streaming. I am also grateful to all the artists who have committed to performing the three operas under these unprecedented conditions,” La Monnaie’s director Peter de Caluwe said in a statement.

Marcos camp to critics: Elections are won on Election Day, not by nuisance petitions