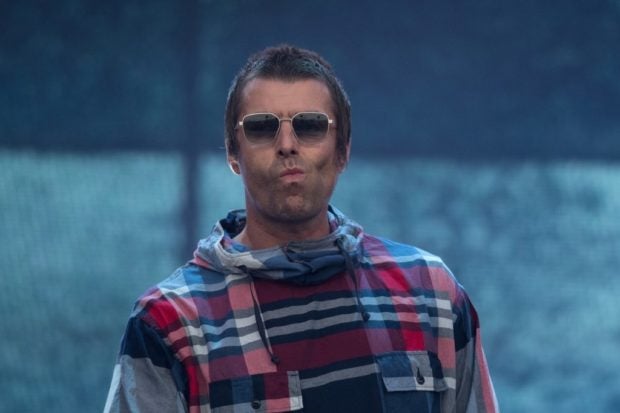 British singer Liam Gallagher performs on the Pyramid Stage at the Glastonbury Festival of Music and Performing Arts on Worthy Farm near the village of Pilton in Somerset, South West England, on June 29, 2019. Image: AFP/Oli Scarff

The album will arrive three months after the former Oasis frontman shared the majority of his “MTV Unplugged” set digitally as part of the surprise release of his “Acoustic Sessions” EP.

Liam Gallagher made the announcement on his social media, in which he unveiled what appears to be the album’s cover art.

The British musician also shared the live recording of “Gone” whose studio version appeared on his most recent and sophomore solo album, “Why Me? Why Not”.

“MTV Unplugged Live at Hull City Hall” will feature ten songs from Gallagher’s solo catalogue as well as classics from his time with Oasis, including the first live rendition of the “Definitely Maybe” rarity, “Sad Song”.

In addition to performing alongside the 24-piece Urban Soul Orchestra, Gallagher reconnected with former Oasis guitarist Paul “Bonehead” Arthurs, who hopped on recordings of “Some Might Say”, “Stand By Me” and “Cast No Shadow”.

“I was honored to perform at the legendary showcase that is MTV Unplugged. It was a lovely experience and the people of Hull were biblical and sounded fantastic. I hope you enjoy the record,” Gallagher said of “MTV Unplugged Live at Hull City Hall” in a statement.

Gallagher infamously pulled out of Oasis’ 1996 “MTV Unplugged” session at the Royal Festival Hall due to illness. The remainder of the band performed on stage at the time, with his brother Noel taking on vocal duties for classics like “Live Forever”, “Cast No Shadow” and “Wonderwall”.

“MTV Unplugged Live at Hull City Hall” will be released on April 24, with pre-orders receiving an instant download of “Gone” via Gallagher’s official website. JB