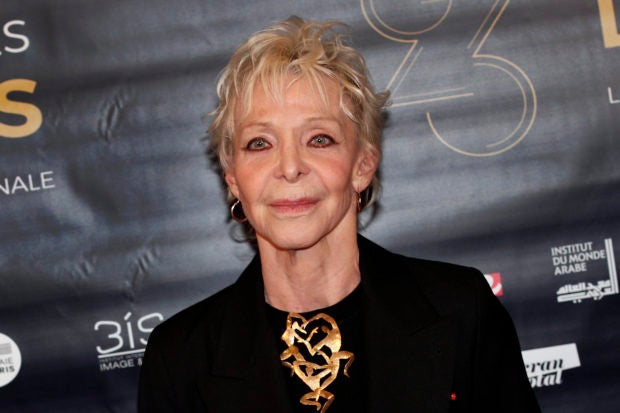 Tonie Marshall poses during a photocall prior to the 23rd Lumieres awards ceremony in Paris. Image: AP/Francois Mori

French-American filmmaker and actress Tonie Marshall, the only female director to ever win a Cesar award — France’s equivalent of the Oscars — has died. She was 68.

Marshall won the top directing prize at the Cesars in 2000 for her movie “Venus Beauty Institute”, a romantic comedy starring Nathalie Baye and Audrey Tautou that recounts the quest for fulfillment of three female employees in a Parisian beauty parlor. After that, she became a prominent figure in the fight against sexism in the French film industry.

Despite the accolade, her global renown in cinema remained limited.

Marshall’s father was American actor William Marshall and her mother was French actress Micheline Presle. She was the half-sister of actor Mike Marshall and the aunt of model and actress Sarah Marshall.

Marshall dealt with sexism head-on in work subsequent to her Cesar-winning film, including in 2017’s “Number One” that centers on the rise of a top female executive in spite of rampant misogyny. Marshall also appeared as a vocal supporter of the French #MeToo movement on the sidelines of 2018’s Cesar Awards, and was a member of the pro-women-in-film group Collectif 50 50.

Before trying her hand behind the camera, she was an actress and had a small role in “A Slightly Pregnant Man” by iconic French director Jacques Demy, in which she played alongside Marcello Mastroianni and Catherine Deneuve. Demy was said to be a strong influence on her later directorial work.

The death of the only woman director the Cesar board has ever honored comes at an important moment for the French Film Academy, which is dogged by accusations of sexism.

A month ago, the entire, male-dominated Cesar leadership stepped down in a spat partly over Roman Polanski, who won this year’s Cesar for best director. Women’s rights activists called for a boycott of the ceremony in Paris, after a Frenchwoman came forward last year to accuse Polanski of raping her in 1975 in his Swiss chalet when she was 18 — charges Polanski denied.

In 1977, the Polish-born director pleaded guilty in the United States to having sex with a 13-year-old, and fled to Europe the following year. RGA

‘Lingua Franca’ a favorite film among arthouse cinemas in France