A look at entertainers, entities on hold over coronavirus 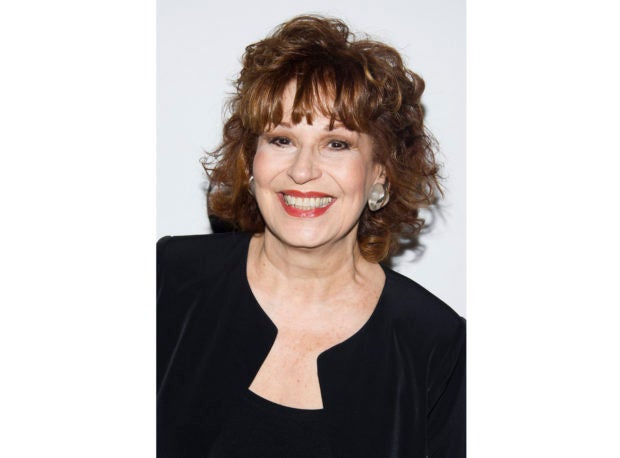 Joy Behar in New York: Behar says she’s going to skip her co-hosting duties on “The View” next week and stay home amid growing concerns over the coronavirus. Image: AP/ Charles Sykes/Invision

Some of the few entertainment entities that remained open and fully functioning were shutting down like much of the rest of the world on Friday, a day after institutions from Broadway to Disneyland closed their doors, TV shows including “The Price Is Right” halted production, and movie release dates strategically scheduled years in advance were pushed back indefinitely.

Here’s a look at the latest closings, cancelations and postponements related to the new coronavirus, which most people recover from but can cause severe illness in the elderly and those with pre-existing medical conditions.

THE VIEW FROM HOME

Joy Behar says she’s going to skip her co-hosting duties on “The View” next week and stay home amid growing concerns over the coronavirus.

“I’m in a higher risk group because of my age, but I’m perfectly healthy,” the 77-year-old comedian and performer said on the show Friday. “I’m going to socially distance myself.”

Behar said she doesn’t trust the government and made the decision to self-quarantine herself. She added she is lucky that she doesn’t have child-care needs and has enough money to tide her over.

“Are you going to miss me?” she asked her co-hosts. “Probably,” joked Whoopi Goldberg.

“I think it’s always better to be cautious than to be sorry,” Meghan McCain said.

Other talk shows that are shot in front of live audiences will stop production altogether.

HBO announced Friday that “Real Time with Bill Maher” and “Last Week Tonight with Trevor Noah” will go on hiatus after their weekend airings, and Comedy Central says “The Daily Show with Trevor Noah” and ”Lights Out with David Spade” will also temporarily halt production.

The Walt Disney Co. says its shutting down many of its live-action productions including “The Little Mermaid” and Ridley Scott’s “The Last Duel” due to the coronavirus.

Hollywood on Friday continued to halt shoots of most films and television series to help control the spread of the virus. For Disney, that includes the live-action remake of “The Little Mermaid”; “The Last Duel”, with Matt Damon, Adam Driver and Ben Affleck; Marvel’s “Shang-Chi and the Legend of the Ten Rings”; a “Home Alone” remake; and Guillermo del Toro’s “Nightmare Alley.” It’s also putting on hold a pair of films in pre-production: “Peter Pan and Wendy” and a “Honey, I Shrunk the Kids” reboot.

“While there have been no confirmed cases of COVID-19 on our productions, after considering the current environment and the best interests of our cast and crew, we have made the decision to pause production on some of our live-action films for a short time,” said a spokesman for Disney. “We will continue to assess the situation and restart as soon as feasible.”

The Walt Disney Co. on Thursday delayed the releases of several upcoming films including “Mulan.”

Disney is also slowing things on its television side, shutting down the productions of “Grey’s Anatomy” and “Genius: Aretha” for at least three weeks. And the crisis is hampering the production of potential new shows, with work on more than a dozen pilots halted.

Rock and country music have both closed their halls of fame.

The Rock and Roll Hall of Fame and Museum in Cleveland announced Friday that the facility is shutting down for two weeks. The hall had already postponed its annual induction ceremony and surrounding festivities until later in the year.

In Nashville, the Country Music Hall of Fame and Museum will close to the public on Friday and will remain that way through March 31. The museum, which calls itself “the Smithsonian of country music,” is one of Nashville’s biggest tourist draws, bringing in a record of 1.3 million visitors last year.

No rolling or coasting will be happening at Six Flags theme parks.

The amusement park giant announced Friday that all of its United States parks will go dark over coronavirus concerns starting Saturday through the end of March, including Six Flags Magic Mountain near Los Angeles, Six Flags over Texas near Dallas and Six Flags over Georgia in Atlanta.

“While there have been no confirmed cases of COVID-19 at our properties, we believe it is the right decision for our guests, associates and community,” Knott’s said in a statement Friday.

The decision comes a day after Disney announced the planned shutdown of its parks.

US movie theaters have resisted the movement to close for the most part, but some are instituting limits for their audiences.

AMC, the country’s largest chain, on Friday said it would sell no more than half its seats in each theater beginning Saturday and until the end of April to help facilitate social distancing. AMC said it will sell no more than 250 tickets for a showing.

The Alamo Drafthouse chain is instituting “seat separation” policies, along with extra cleaning of theaters in between showings. CL /ra

Theater releases of ‘Mulan’ and ‘Fast and Furious 9’ postponed