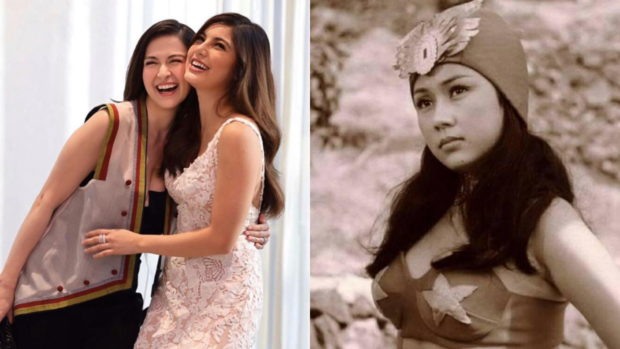 Jane de Leon honored the women who portrayed the Filipino superhero Darna in the past, just as the world marked International Women’s Day yesterday, March 8.

De Leon, who is the latest actress to take on the role, uploaded photos of the previous Darnas on her Instagram page on the same day. Among the women she featured were Nanette Medved, Vilma Santos, Anjanette Abayari, Sharon Cuneta, Regine Velasquez, Angel Locsin, Marian Rivera and Rosa del Rosario.

She also included a drawing of Liza Soberano wearing the heroine’s red helmet. Soberano was named the newest “Darna” star in 2018 but withdrew from the project last April due to a finger injury.

“I respect and salute all these women (and to all the Darnas before them) who became a symbol of a strong and independent Filipina,” de Leon said.

“The voice of their generation who have been continuously doing their part as superheroes behind the costume through their individual achievements, efforts, and advocacies to help humanity and nature in general,” she added. “You are all and will always be an inspiration today and onwards.”

De Leon was chosen as the latest actress to portray the iconic heroine last July following Soberano’s decision to back out from the upcoming “Darna” film. Paulo Avelino will also star opposite de Leon in the production, which will be helmed by filmmaker Jerrold Tarog, known for “Heneral Luna” and “Goyo: Ang Batang Heneral”. JB