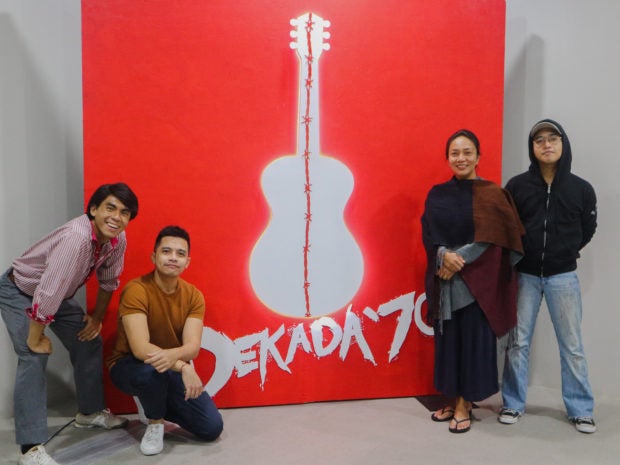 The cast and crew of the musical “Dekada ’70” knew that being part of the theatrical endeavor would entail some backlash, given the political themes of the story and its depiction of truths of the martial law era.

It is only lately, however, that individual actors have worried about their safety, particularly after the Senate voted last Feb. 26 to approve the anti-terrorism bill on its final reading.

Senator Francis “Kiko” Pangilinan, who was one of the only two senators along with Sen. Risa Hontiveros to vote against the bill, warned, “At a time when legitimate critics and democratic dissent are being silenced, the Human Security Act could be likened to a certain extent the anti-subversion law during martial law, and may be used against opposition leaders.”

The musical is based on acclaimed author Lualhati Bautista’s novel which chronicles a family shaken from its middle-class comforts while under martial law. 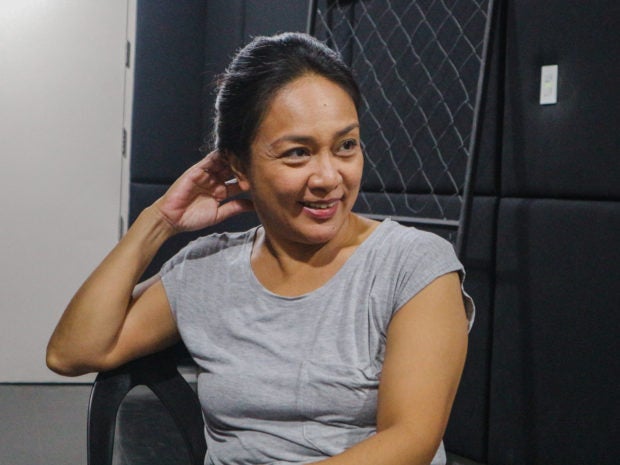 Among their five kids, Jules (Jon Abella) and Em (Esteban Fulay Jr./Boo Gabunada) find their own paths in fighting for democracy, with Jules becoming a rebel and Em penning satirical plays. Gani (Vincent Pajara) opts to be a navy man while the two youngest boys, Jason (Iggi Siasoco) and Bingo (Abe Autea) are mostly oblivious to the troubles of their time.

In a discussion with INQUIRER.net, director Pat Valera and cast members Cañete-Mendoza, Abella and Autea reflected on the increasing relevance of the play, how they relate to their characters and why personal fears will not stop them from putting on a show with a message that transcends decades.

Valera noted that the changes in the treatment of the play between 2018 and 2020 are more about the political climate rather than technical aspects. 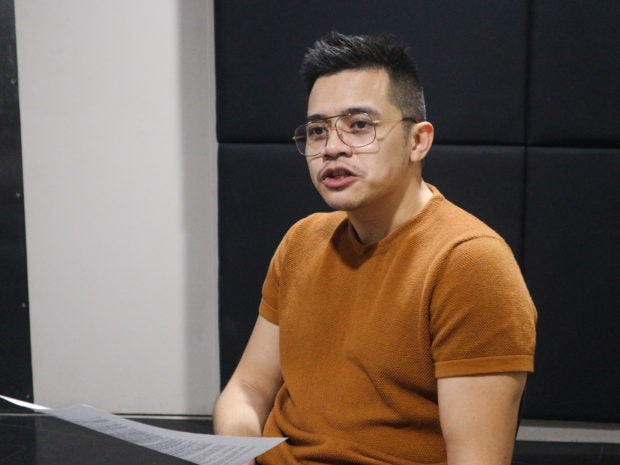 “Two years ago, when the role of Jules was presented, people were sympathetic to the role of an activist. In a matter of two years, now that we’re staging it, parang kailangan ibang tratuhin ang character (it seems we need to treat the character differently). People now have this notion na ‘pag aktibista ka, terorista ka (that when you are an activist, you are a terrorist). I think that’s a big change.”

Alarming for the cast and crew is the passing of the anti-terror bill just prior to the second weekend of its latest run. “Can we be tagged as terrorists, us artists?” he wondered.

Autea echoed the actress’s fear, recalling that a few weeks back, the relatively safe neighborhood he stayed in suddenly had a riding in tandem modus: “Hindi ko maiwasan [isipin] (I cannot help but think) it might be related to something that I’m doing.”

Valera stressed, “But amidst this fear, we carry on. ‘Pag wala na tayong takot, doon tayo matakot (When we no longer have fear, then we should be afraid). People do not become heroic jumping on it dahil ‘tapang ko’ (because I am brave). They fight dahil may takot sila (because they have fear).”

When neutrality is not enough

Though the play stirs the audience in terms of remembering history and pondering each Filipino’s role in a democracy, cast members’ political views too were shaken through the musical. 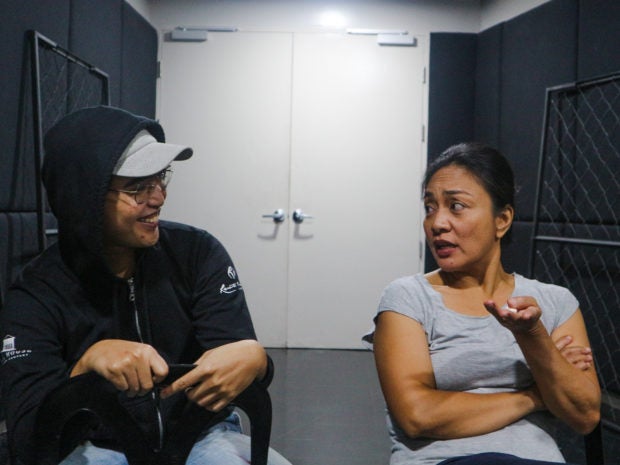 Cañete-Mendoza mentioned a Q&A session in the second run where an audience member identified as being politically neutral. The actress relates to the sentiment: she witnessed her own family divided in their politics, with siblings becoming activists even if her parents were inclined toward dictator Ferdinand Marcos. She espouses the view, “I will not support any politician but I will support good programs.”

(I told her that the presence of neutrality is important. Someone needs to listen to both sides. But we’ve come to a point that there is something clearly wrong. We need to reflect. Where do we stand now? That is why we are here for the third time.) 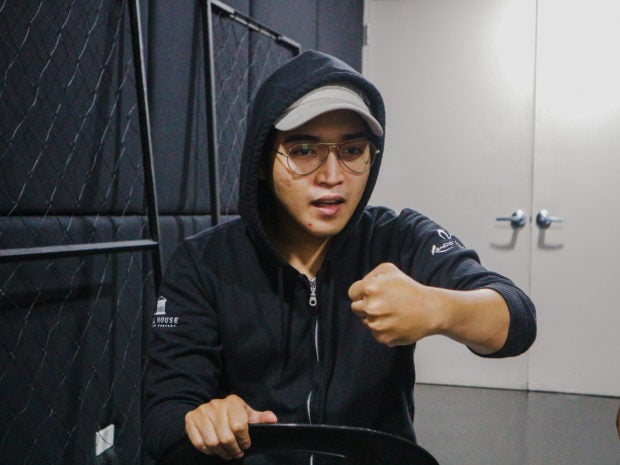 Abella himself identified as “apolitical” when he joined the cast. For a week, he did research on martial law with materials from Valera, including the novel, and his perspective shifted.

“I felt like it was a decade because it was an eye-opening thing. Not just because I have a take,” he realized. “What was compelled in me was my humanity and my sense of wondering, curiosity.”

When asked if he would make the same decision as his activist character Jules, Abella said no: “We are two different people. He is a friend.”

“I grew up in a household in Samar where I am far away from what’s happening here. I wouldn’t make the same choices kasi hindi ako exposed (I am not exposed),” he explained, noting that he related more to the playwright of the family, Em. 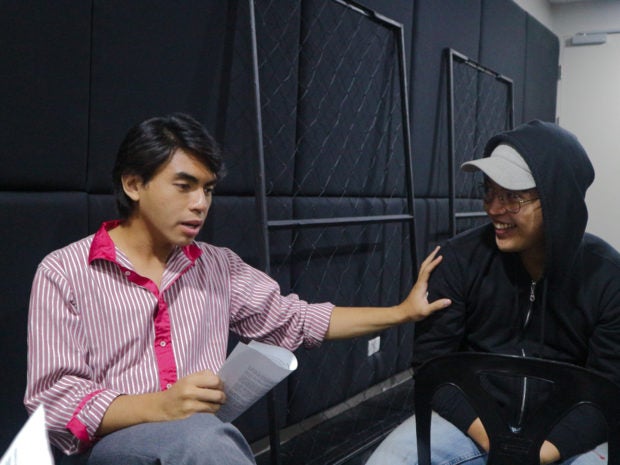 Em’s character being fleshed out in the musical is a deliberate choice of Valera’s in depicting different “streams of activism,” particularly that of art.

The director said some cast members felt like “impostors” because they were in a play that highlighted activism, but they themselves had not joined rallies: “We had to talk among ourselves, really know our whys. We realized hindi porke’t ito ang struggles natin, hindi na siya valid (We realized just because these are our struggles, they are not valid).”

“When you see them onstage, we see their eyes ablaze, bringing forth their own hope for their future.”

For Autea, his character Bingo hits close to home. This youngest character, who lives oblivious to the chaos around him, eventually learns about loss and injustice in his teens. Similarly, the actor sees the world differently now at 21.

“I’ve lived a comfortable life all my life. Ngayon lang akong nakatikim ng ganitong pag-alab (It is only now that I have experienced this passion),” he said. “I think I’m very very close to my character Bingo… Bingo here is on his way [to] recognizing his voice, to think, to understand what’s happening.”

(As artists you have projects you do for yourself, purely for art’s sake. It is important too to have a project dedicated to where you live.)

On the hardest part of her performance where she yells, cries and sings, she noted, “Masakit sa lalamunan (It is painful to the throat).”

“It’s painful every time but kami nakakacurtain call kami after. Pinapalakpakan kami after. We have real people who die, couldn’t hear this applause. So ok lang. Para sa kanila. And it’s an honor to do it for them.”

(It’s painful every time, but we actors get a curtain call after. We are applauded after. We have real people who die, couldn’t hear this applause. So it’s ok. It’s for them. And it’s an honor to do it for them.)

“Dekada ’70” is on its third run since Feb. 21 at the Arete in Katipunan, Quezon City. It has extended its shows until March 14. JB