Paramore's next album will return to ‘hard rock’ | Inquirer Entertainment 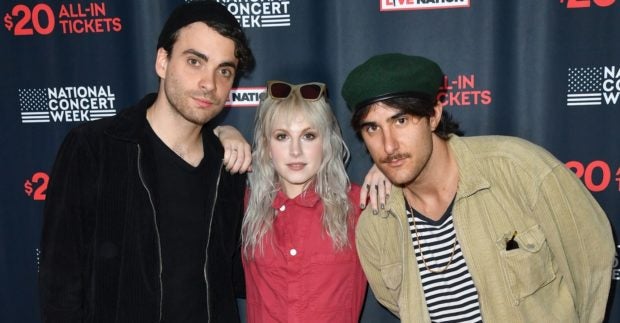 While Paramore’s last album, “After Laughter,” was dominantly composed of upbeat synth-pop tracks, the band’s frontwoman, Hayley Williams, hinted that the next album will have a more “hard rock” sound.

Williams talked about her writing process in her solo album “Petals for Armor” and “the worst years” for her and her band in an exclusive interview with the New York Times last Wednesday, March 4. The singer also narrated what was happening behind the scenes of her former marriage with Found Glory member Chad Gilbert, and how she tried to “fill a void that was not fixable.”

Williams confirmed that the three-piece pop-punk band will start recording its next album after she first releases her solo project, Pop Buzz reported on Jan. 23. After launching two singles from the solo album “Simmer” and “Cinnamon,” the full “Petals for Armor” will be available on May 8.

Meanwhile, the next Paramore album in the works will be the band’s sixth music compilation effort after being on a hiatus since 2017.

After the personal catharsis that “Petals for Armor” brought Williams, she claimed that returning to Paramore to create new music feels like a “beginning.” This, for Williams, was a huge contrast to the months before the band released “After Laughter,” which felt like an “ending.”

The Paramore vocalist also explained why the band decided to move away from the “hard rock” genre in its last album.

“We’re like, ‘we’re tired of [headbanging,] our necks hurt!’” Williams told the newspaper. Later on, Williams stated the reason why the band misses the heavier type of music, as she said: “I realized that you can’t kill it. It’s in our blood.”

The singer also announced that she will be having “small intimate shows” in Europe and North America to promote her debut solo album. Cha Lino /ra