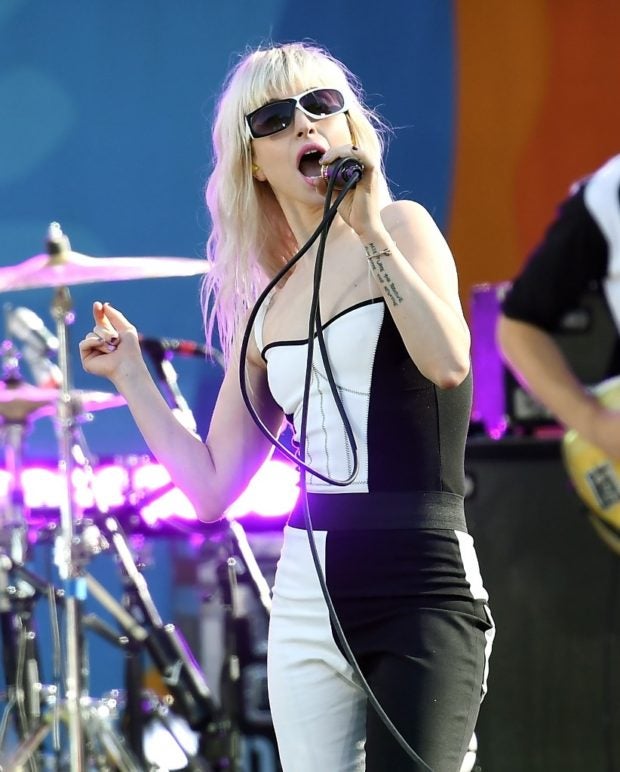 The Paramore frontwoman revealed on Twitter that she plans to release new music material in 2020, also hinting at possible collaborations with her “closest friends.”

“Thanks so much for all the birthday wishes. 30 was a very important year. 31 will be too. I’m putting out some music next year. With the help of some of my closest friends, I made something I’m going to call my own,” she tweeted, adding that fans will discover this “special project” as soon as next January.

The group has been on an unofficial hiatus from music since 2018. Williams told online publication L’Odet that she still sees a long future for Paramore.

“We’re all friends and we all make music in different parts, together. So I feel like, yes, I want to be in Paramore. I never want to have to put out a press release that says we’re over or that I quit or that we’re taking a hiatus, which is essentially a marketing ploy these days […]. If we choose to move into it as a brand and put a name on these songs and make a new t-shirt, then awesome. But I’ve been in a band with them since I was 12; I don’t think the band is going anywhere. As long as we’re friends, the band just is. It’s just in us,” she explained.

In addition to Paramore, Williams has collaborated with several artists in recent years, including Chvrches and Tegan and Sara.

NEW 2020 Plaza updates! 🙌👯‍♀️🎉 Hayley Williams of Paramore is BACK + a new area by WHERE IN THE WOODS, and more!
SEE UPDATES: https://t.co/UTg57OzzBp
🎶 by Super Doppler
🎥 by Human Being Media pic.twitter.com/tXeileYznt

Next year, Williams will bring the Sanctuary of Self-Love camping ground back to Bonnaroo Music and Arts Festival from July 11 through 14 in Manchester, Tennessee. CL/JB

Read Next
The Killers continue to tease new album ‘Imploding The Mirage’
EDITORS' PICK
Metro Manila posts lowest temperature yet this ‘amihan’ season at 19°C
Acer starts the year off strong with the Aspire Vero National Geographic Edition
Over 3 Million worth of prizes to be won at Smart Padala’s SENDali Manalo Promo!
Gear up and get ready to play with Yamaha Mio Gear
DOH: 28,471 new COVID-19 cases in PH; active cases now 284,458
On Day 2 of implementation, gov’t says workers now exempt from ‘no vax, no ride’ policy
MOST READ
Derek Ramsay on being married to Ellen Adarna: ‘Gumaan ‘yung mundo ko’
Emma Stone calls Andrew Garfield a ‘jerk’ after he ‘lied’ about his ‘Spider-Man: No Way Home’ appearance
Lucky plants to grow in 2022
Retirements prompting major reshuffle in PH military
Don't miss out on the latest news and information.